This article is written by Oindrila Mukherjee.

An unilateral appointment clause can be characterized as an agreement giving one of the parties the opportunity to choose between the two means available to settle a dispute, when only one of the options is available to the other party. The question whether Unilateral Appointment Clauses (UAC) are to be accepted as legitimate and enforceable continues to be inconclusive and paradoxical.

The concept of arbitration is based on two major elements:

As a result of the finality of the decision the element of neutrality becomes very critical. It appears from the recent decisions of the Hon’ble Supreme Court that the mechanisms of unilateral appointment of arbitrators breach the provisions of the Act since they are unfair and create doubts about the integrity and neutrality of the arbitrator(s) appointed via such mechanisms. The issue amplifies when these precedents are given retrospective effect to the ongoing arbitral proceedings. At the heart of this debate lies the tension between the two concepts of international arbitration, party autonomy and equal treatment.

The requirement for party autonomy and equal treatment. has been identified in the 2015 Amendment, of The Arbitration and Conciliation Act which makes it quite descriptive by laying down a number of elements that lead to a presumption of lack of neutrality and party autonomy.

Arbitration and Conciliation (Amendment) Act, 2015: A Bane or a Boon?

The Arbitration and Conciliation (Amendment) Act, 2015 significantly altered the Indian arbitration landscape. Section 12(5) of the Arbitration and Conciliation Act, 1996 was amended to incorporate two separate schedules into the Act. The newly incorporated  Fifth Schedule provides for factors as to whether there are circumstances which give rise to justifiable suspicions ‘as to an arbitrator’s independence or impartiality,’ and Seventh Schedule sets out the ‘categories of individuals ineligible to be nominated as arbitrators. In the case of TRF Ltd. v. Energo Engineering Projects Ltd.(TRF Case) the Supreme Court of India held that the person designated as an arbitrator who is ineligible  to be appointed as an arbitrator under the Act cannot nominate an arbitrator himself. Therefore it introduced another category of ineligibility. In Consonance to the TRF Judgment the Supreme Court has recently ruled in Broadband  Network Limited v. United Telecoms Limited(Broadband Case) that the arbitrator had been “de-jure” unfit to exercise his functions as an arbitrator and  because of such ineligibility his mandate has been revoked. The precondition and significance of a mutual arbitration clause in an agreement was initially examined by the Delhi Court in Bhartia Cutler Hammer v. AVN Tubes for an opportunity of a bilateral invocation. The court consequently ruled that, this form of absolute limitation was obviously contrary to the provisions of Section 28 of the Indian Contract Act, in addition to being contrary to the provisions of the Public Policy.

Why do parties prefer to keep Unilateral Appointment Clause in their Contract?

Parties tend to keep an unilateral appointment clause in their contract because if two parties are to agree on a sole arbitrator in most of the cases when the disputes arise, the parties do not agree to follow that settlement in the absence of a written contract. Therefore, in most of the cases the parties have to move to the court in order to appoint an arbitrator which takes anywhere between 6 months to 2 years to make the appointment. Therefore, for legitimate reasons most organisations choose to appoint their own arbitrators to ensure speedy resolution of the dispute.

The most important reason for adopting an unilateral clause is cost reduction. Sole Arbitrators appointed by the High Courts are incredibly expensive even after the incorporation of the 4th Schedule.

It is pertinent to note that the Delhi and the Bangalore Arbitration Center has resolved approximately 1000 cases in it’s entire lifetime whereas the number of Arbitrations happening in India is an exponential number of that. A majority of these cases get resolved by unilaterally appointed Arbitrators. Keeping this in mind this Article discusses the fundamental error made by the judiciary that made this entire thing questionable.

The genesis of all evil

‘Could the Managing Director subsequent to such disqualification make an onward appointment?’

A bare reading of this Article makes it amply clear that there can be no restriction on the Managing Director in making a subsequent onward appointment as neither the Act nor the Schedules prescribe any condition that applies to anyone other than the Arbitrator himself or herself. All of the conditions mentioned in the Act apply only to the Arbitrator.

However, the Hon’ble Supreme court in contrary to the 7th Schedule in paragraph 53 of the judgment observed that the Court is not concerned with the objectivity, disclosure and impartiality of the nominee arbitrator disregarding the fundamental elements of Arbitration.

The Supreme Court further assumed that the Managing Director appointing a nominee is tantamount to the Managing Director taking decisions through the nominee arbitrator creating a conceptual muddle as the Hon’ble Court failed to acknowledge the fact that an Arbitrator is an independent body and he is not under anyone’s control. The judgment further mentions that the Nominee Arbitrator is ineligible by operation of law and therefore he cannot arbitrate the dispute , disregarding the fact that neither the Act nor the Schedules prescribe any condition that applies to anyone other than the Arbitrator himself or herself. Therefore, there’s nothing in law that can render the Nominee Arbitrator ineligible to arbitrate the dispute.

Fallacies of the Clause

In order to assess the legality of Unilateral appointment of arbitrators it is pertinent to note the various positive as well as the  negative factors surrounding the same to conclude whether this practice is a boon or the genesis of all evils in domestic as well as international arbitration.

With that in mind it is important for us to understand the concept of unilateral appointment of a Sole Arbitrator and the drawbacks of it.

In case of appointment of a sole arbitrator the parties usually enter into a contractual bargain where they might decide to enter into an unilateral appointment clause as a part of that contract. Such unilateral clause provides one party the absolute right to appoint an arbitrator unilaterally.  In this Article we will discuss the legality and the feasibility of such clause keeping in mind the fundamental principles of Independence and Impartiality.

The Supreme court settled the position of unilateral appointment of Sole arbitrators in Perkins Eastman Architects DPC & Anr. v. HSCC (India) Ltd (Perkins Case) by holding that Unilateral appointment of the  arbitrator shall be vitiated by Section 12(5) of the Arbitration and Conciliation Act, 1996.The topic involved concerns about the retrospective nature of the legislation and its applicability to arbitration agreements signed pursuant to the 2015 Amendment Act. While discussing the eligibility of a ‘company’ in unilaterally appointing a sole arbitrator, the Court held that “the Company acting through its Board of Directors (or any other person) would suffer the ineligibility under Section 12(5) read with Schedule VII of the Act.” Relying on the Perkins judgment the Delhi High Court held that the unilateral appointment of arbitrator by an authority interested in the outcome or the decision of the dispute is also impermissible in law.

The unilateral appointment of an arbitrator provides more trust to the parties opposed to litigation as it enables the parties to the dispute to select an arbitrator with the desirable attributes who will not only ventilate the dispute but will also understand the matter in dispute, particularly in cases where multi-disciplinary tribunals are formed.

However, the asymmetric distribution of rights and duties under the unilateral appointment clause is embedded in the unequal position of the parties to these agreements. One party has stronger negotiating power on most occasions and can force the other party to take on the proposed conditions, although it may be unfavorable to that party.

Behind each unilateral appointment there lies an intention of one party to win the case. The belief that three minds think better than one is the key explanation why complicated arbitrations typically include tripartite dispute resolution committees. The winning intention behind an arbitrator ‘s appointment represents the counsel ‘s confidence that at least one member of the tribunal will be responsive to his or her notions. This means that the arbitrator ‘s unilateral appointment serves as a transmitter and translator of the opinion of the party appointing the arbitrator.

While the law on the unilateral appointment of sole arbitrators appears to be settled, ambiguity remains on the appointment of a tribunal (whether a sole arbitrator or three arbitrators) where a party is only allowed to select an arbitrator from a panel prepared unilaterally by the opposing party. In Voestalpine Schienen GmbH v. Delhi Metro Rail Corporation Ltd.(Voestalpine ) the Supreme Court was put in a situation where the arbitration provision allowed only the respondent to make a tribunal of arbitrators upon the dispute and then recommend specific names from that tribunal. The petitioner could thereafter select its nominee from the limited list. The petitioner questioned the arbitration clause stating that the panel’s selection was unanimously made by the other party and that such a selection process might pose concerns regarding the arbitrator’s neutrality. Although the SC held that the option of five arbitrators was too less for the petitioner to make a choice and thus dismissed the petition. It opined that 31 was a good number .In a recent case before the Delhi High court where only 8 of the 37 candidates were not employed before by the respondent in some capacity. Relying on the Voestalpine Judgment the court held that the panel did not fulfill the criterion of arbitrator’s neutrality and therefore permitted the selection of the petitioner’s candidate outside the panel.

While Perkins relies on  Voestalpine in the context of an arbitrator’s independence and impartiality, it halts there and  does not address a situation  where a party may only nominate an arbitrator from the names suggested by the other side if the SC is again faced with this question, it will take the opportunity to rethink the legitimacy of these panels in appointing a tribunal that would give one party more power over the other. The Judiciary further failed to clarify what number of names on a panel is appropriate for it to be not struck down ?What constitutes  a broad based panel ?Whether the power of one party to constitute the panel compromises the Principle of equality? It would be a waste of judicial time if the courts analyzed on a case-by – case basis the validity of such panels.

‘Nemo Judex in causa sua’ is one of the fundamental principles of natural justice, compliance with which is the fulcrum of any judicial process. While the law on the unilateral appointment of sole arbitrators appears to be settled, ambiguity remains on the appointment of a tribunal as the law governing it proves to be an inadequate draconian legislation. In the constitution of the arbitral tribunal, the concept of equality or fair treatment of the parties ensures that the parties must be given equal opportunity to participate in the constitution of the arbitral tribunal. As far as party-appointed arbitrators are concerned, the concept demands that each party has the ability to make an unilateral choice. The principle of equality is therefore a universal limitation on the freedom of the parties to appoint the arbitrators. The persisting laws on unilateral appointment fail to address these issues making the process susceptible to bias. 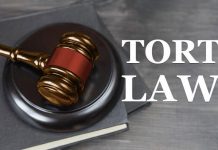 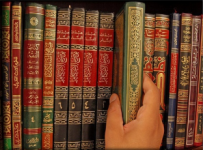 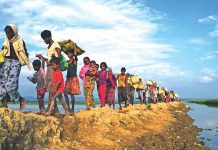