This article is written by Siddharth Chapalgoankar, pursuing a Certificate Course in Arbitration: Strategy, Procedure and Drafting from Lawsikho.com. Here he discusses “What is Unique about Government Arbitration”. 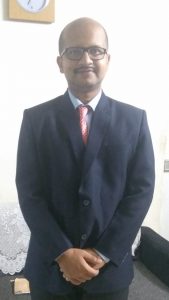 India ranked 77th in World Bank’s Ease of Doing Business Report of 2018 leapfrogging 23 ranks from 100th rank of 2018. The Report is given on various parameters and one of the important parameters is Enforcement of Contracts. The enforcing contracts indicator measures the time and cost for resolving a commercial dispute through a local first-instance court and the quality of judicial processes index, evaluating whether each economy has adopted a series of good practices that promote quality and efficiency in the Court system.[1] India ranks 163 in this parameter where Judicial Processes is a major hurdle for improving the enforcement of contracts.

One such area of enforcement of contracts is relating to Government Contracts. Constitution of India confers powers on Government to enter into a contract.[2] The Government enters into contracts with various entities pertaining to the construction of highways, dams, power projects and other contracts related to supply and delivery of goods.

With the new arbitration regime in India clubbed together with New Economic Policy, government contracts contain arbitration clauses to resolve the dispute pertaining to abovementioned contracts by way of arbitration.

In most of the infrastructure either Government or Statutory body or a Public Sector Undertaking is the employer. In such cases, the employer selects the contractor by way of a tender process in which the bidder will have the right only to vary the Financials and certain technical aspects. None of the contractors at any point of time has any right to negotiate the general terms of the tender which include arbitration clauses. Hence if a party wishes to bid for the contract, it is left with no other option except to accept the same as it is.[4]

One of the most crucial and vital aspect with respect to Government arbitrations is the appointment of the arbitrator.

Once disputes arise between private  entities and the government, the situation apparently becomes worse as entities are forced to have their disputes adjudicated upon by seemingly ‘partial’ (which is not always true) arbitrators because the arbitration clause agreed between the parties provided for appointment of either serving officers or consultants or former employees or persons having close business relations with the government as the arbitral tribunal (sole arbitrator or panel arbitrators). In such circumstances, when the court is approached with the hope of at least having the dispute resolved in a manner that ‘impartiality is followed and also appears to be followed’, the hurdles before appointment of an impartial arbitral tribunal (under section 11 of the Arbitration and Conciliation Act 1996) are prima facie three-fold in nature (‘three hurdles’). First, there must be proof to the effect that despite the enormous commercial value of the private entity to the contract with the government, the arbitration clause vesting control with the government for appointment of the arbitral tribunal was due to ‘unequal bargaining power’. Second, convincing material must be shown that the balance should tilt in favour of protecting the interests of a private entity as opposed to strictly adhering to the appointment procedure agreed between the parties. Third, permanent and sustainable solutions must be formulated to address the problem of one-sided clauses on the appointment of an arbitral tribunal to ensure complete impartial adjudication of disputes.[5]

Against this background, it is necessary to examine the Honourable Supreme Court’s approach on the importance given to party autonomy and following the appointment procedure of arbitrators agreed between the parties and reaction to the requirement of ‘a party to fail to act as required under the agreed procedure’[7] before entertaining a petition for appointment of an arbitral tribunal by the court. The Honourable Supreme Court in Northern Railway Administration, Ministry of Railway, New Delhi v Patel Engineering Company Limited,[8] noted that section 11 of the Arbitration and Conciliation Act 1996 emphasises adherence to the terms of the agreement ‘as closely as possible’, even if it may not be ‘mandatory on the court’ and requires ‘due regard’ to be given to the qualifications mentioned in the agreement for persons to be appointed as arbitrators.[10] However, the Honourable Supreme Court in Union of India v Singh Builders Syndicate,[11] appointed a retired judge of the Delhi High Court as a sole arbitrator, even though the arbitration agreement required serving railway officers to be appointed as arbitrators.8 Furthermore, the Court explicitly noted that ‘a provision for serving officers of one party being appointed as arbitrator brings out considerable resistance from the other party, when disputes arise. Having regard to the emphasis on independence and impartiality in the new act (1996 Act), Government, statutory authorities and Government Companies should think of phasing out arbitration clauses providing for serving officers and encourage “professionalism” in arbitration’.[12]

In view of the aforesaid uncertainty and to keep the flood gates of litigation from opening, it is important to identify and formulate permanent and sustainable solutions to address the problem of one-sided clauses on the appointment of arbitral tribunals and to guarantee the complete impartial adjudication of disputes. The potential solutions to address the problem may be of two kinds, that is, passive or proactive in nature. The passive solution would entail waiting for a disagreement to arise between a private entity and the government on the appointment of an arbitral tribunal on the parameters of ineligibility and impartiality in the context of international commercial arbitration. In such a situation the Honourable Supreme Court of India will be moved and have the opportunity to lay down the law on the interpretation of the widely worded parameters on ineligibility and impartiality of arbitrators.[13]

However, the Supreme Court, even after being so moved, may not necessarily deem it appropriate to extensively lay down the law and may choose to only provide a fact-specific adjudication. The proactive solution would entail a collective effort on the part of entities routinely affected by the newly inserted parameters when they draft clauses providing for the procedure for appointment of arbitrators, subsequently appoint arbitrators, have disagreements on the appointment of arbitrators and lose time and money in the resolution of such disagreements before courts.[14]

One potential proactive solution could be an initiative by the Ministry of Law and Justice in collaboration with other ministries and departments of the government, to create a routinely updated publicly available database of persons or a panel of proposed arbitrators with details of their relationship with the government, including disclosure of whether such person is or has been ‘an employee, consultant, advisor or has any other past or present business relationship’. The creation of such a database will meet two positive outcomes. First, the government will itself be able to continuously monitor persons who have become ineligible to be appointed as arbitrators and will not appoint such a person as an arbitrator in the first place when disputes arise and an arbitral tribunal is to be constituted. Second, the opening of the flood gates of litigation will be prevented as private entities can access such publicly available database as a prior step to moving the court in order to ascertain whether the person appointed as an arbitrator by the government is ineligible or impartial as per the newly inserted parameters by the Arbitration Amendment Act 2015.[15]

The aforesaid proactive solution of creating a routinely updated database is highly recommended, as the government will set a role model for best practices to ensure the appointment of impartial and eligible arbitrators and will prevent unnecessary litigation (which is expected to be voluminous on the issue of the appointment of arbitrators) before the actual adjudication of disputes on their merits by arbitration. In due course, the same exercise of creating such a database on proposed arbitrators may permeate into the private sector by way of a direction by the appropriate ministry of the government to ensure the appointment of independent, impartial and eligible arbitrators in disputes between two private entities.