Written by Amarnath Simha, pursuing  Diploma in Companies Act, Corporate Governance and SEBI Regulations and Certificate Course in Real Estate Laws offered by  Lawsikho as part of his coursework.  Amarnath is a practicing lawyer in Bengaluru and working in the field of Civil Litigation for the past 17 years. 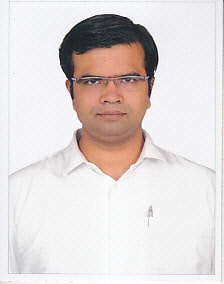 A company is an artificial legal person entitled to do business in its own name and seal and having all the relevant powers of a natural person while so conducting the business including owning and disposing of properties in its own name. For recognition of such an artificial legal person to do business as such, it has to be incorporated under Law. The word ‘company’ has been defined by Section 2 (20) of the Companies Act, 2013 (hereinafter referred to as the Act) to mean a company incorporated under the said Act or any previous company law. All the sections mentioned below are of the Act unless specified otherwise

The Act basically mentions two types of companies in respect of business-oriented companies: Private and Public. A Private company including one person company (Section 3(1)(c)), amongst other things, is basically different from a public company in as much it is prohibited under the Act for issuing an invitation to the public to subscribe to any of its securities (Section 2(68)). A Public Company is a company which is not a private company and has a minimum paid-up share capital as may be prescribed (Section 2(71)) i.e., those companies which are entitled to issue an invitation to the public to subscribe to its shares.

Meaning Of Listing/Listed Companies And Stages Of Listing

Listing basically means that the shares or other securities of a company are traded on a platform of a particular stock exchange. Any person wanting to buy or sell the shares of a listed company can engage in those transactions without having to go anywhere else in search of an individual willing to sell or buy. 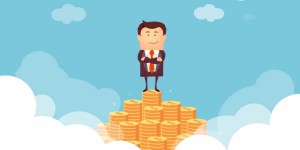 Can The Securities Of A Private Company Be Listed

Under the repealed Companies Act, 1956, a listed company was defined to mean a public company which has any of its securities listed in any recognized stock exchange under Section 2 (23A) of that Act. In the new Act, the word ‘public’ is missing.

Even though the word ‘public’ is missing in the definition of listed company under the new Act, it can be taken to be implied as listing can be done only for freely and publicly traded securities which is not possible in respect of the securities of a private company.

This inference can also be arrived at with the help of the decision rendered by the Division Bench of the Bombay High Court in the case of Dahiben Umedbhai Patel vs. Norman Jones Hamilton decided on 8.12.1982. This case was dealing with a question whether the agreement entered into between two private individuals with respect to shares of a private company can be held to be void as being in contravention of Section 13 of the SCRA. To answer this question, the court went into the provisions of the Companies Act, 1956, as well as SCRA and ultimately, reached a conclusion that the shares of a private company do not come within the marketable nature of the security as defined Section 2(h) of the SCRA and hence shares of the private company are not securities as defined under the SCRA.

Hence, a public company by issuing private placements to less than 50 persons can still escape all the requirement of compulsory listing as Section 40 provides for a mandatory listing in case of a public offer.

Difference Between A Private Company And An Unlisted Company

Section 29 starts with a non-obstante clause and states that every company making public offer and such other class/classes of the public companies as may be prescribed shall issue securities only in dematerialized form. The section also makes it clear that in case of companies not covered above, the shares may in physical or demat form. Hence, a private company may keep its securities in physical form. Every company making public offer, being necessarily a public company will have to issue securities only in demat form.

Section 68B of the repealed Companies Act, 1956 made it mandatory for every listed company making IPO of any security for a sum of Rs.10 crores or more to be compulsorily in dematerialized form. The said section was introduced by way of Companies (Amendment) Act, 2000. The SEBI (Issue of Capital and Disclosure Requirements) Regulations 2009, which is still in force, allows the investors to get it rematerialized but it can be traded in demat form only.

For public companies not making public offer i.e., the unlisted companies, the Central Government has the power to issue directions both under Section 24 r/w clause (b) of Sub-section (1) of Section 29 r/w Section 469. The word ‘prescribed’ appearing in connection with the class or classes of public companies in clause (b) Sub-section (1) of Section 29 is also defined in the Act to mean prescribed by rules made under this Act (Section 2(66)). Section 469 enables the Central Government to make rules for all or any matters which by the Act are required to be or may be prescribed. Hence the Central Government has the powers to make rules in respect of unlisted companies.

The Central Government has issued a gazette notification on 10th September 2018 publishing the Companies (Prospectus and Allotment of Securities) Third Amendment Rules, 2018 by which Rule 9-A. was inserted and has to come into force on 02.10.2018. Rule 9-A deals with Issue of securities in dematerialized form by unlisted public companies

Sub-rule 4 onwards speaks about the procedures and the steps to be taken. It speaks about filing applications by the unlisted public company to the depository and securing ISIN and informing about the same to the security holders. Sub-rule 5 states about timely payment of fees failing which it shall not be entitled to issue securities as provided under sub-rule 6. Sub-rule 5 also speaks about maintaining security deposit of not less than two years fees.

5. Every unlisted public company shall ensure that-

(a)…
(b)…
(c) it complies with the regulations or directions or guidelines or circulars, if any, issued by the Securities and Exchange Board or Depository from time to time with respect to dematerialization of shares of unlisted public companies and matters incidental or related thereto.

Sub-rule 8 provides submission of an audit report as provided under regulation 55A of the Securities and Exchange Board of India (Depositories and Participants) Regulations, 1996 to the Registrar. Sub-rule 9 provides for grievance redressal forum in the form of Investor Education and Protection Fund Authority for the grievances of the security holders. The authority has been given an authority to initiate action against the depository, participant, share transfer agent or the registrar to an issue in consultation with the SEBI.

The Advantages Of Dematerialisation

The objectives of the Depositories Act were faster transaction/settlements/transfers and also safer transactions removing theft, loss, forgery etc., The central government is also perceived to have inserted this rule 9-A to detect black money, though there are no official communications regarding that.

Apart from the same, this increases the ease of maintenance of records while at the same time decreasing the cost, monetarily and space wise, of the same as also removal of any unforeseen mishaps or mistakes. It increases the trading efficiency and has removed unnecessary paperwork.

In any event, the advantages which are envisaged under the Depositories Act, 1996 would be applicable here and increases the trust of the investors and thereby helping the economy in the long run.