Home General Why there is an urgent need for proper implementation of provisions relating... 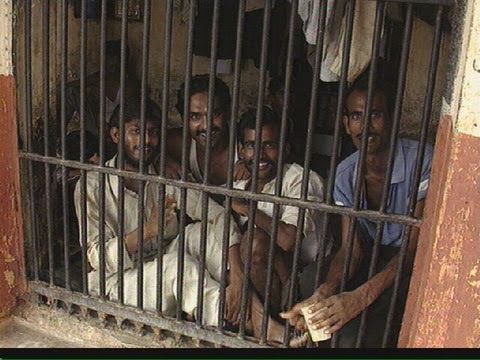 In this article, Rishab Aggarwal, of Gujarat National Law University discusses Why there is an urgent need for proper implementation of provisions relating to bail.

Imagine being in custody of somebody but still be away from him/her. Strange but required when it comes to criminal justice. Popularly known as bail, it not only surfaces in political skirmishes[1], but also becomes relevant for justice to poor under trial prisoners.

Bail has been defined by Blackstone as “a delivery or bailment of a person to his sureties on their giving, together with himself, sufficient security for his appearance, he being supposed to continue in their friendly custody instead of going to jail.”[2]But this bail amount has to be not excessive nor the fine imposed have to be excessive[3] as per the American Jurisprudence. In Indian context, the Code of Criminal Procedure, 1973 provides for the cases in which the bail may be provided.[4] Despite the clarity with which the law governing the same stands, there is injustice that has prevailed to the persons arrested. Reform had and has been the need of the hour!

In this article we will explore the judicial response to the crisis and the repair so done to the damage in our legal system.

As one traverses through the history of Bail Reforms in India, the first effort so made through a study by Indian Jails Committee in 1919 to 1920 comes to the fore, in accordance with which Section 562 of the Criminal Procedure Code, 1898 was amended to facilitate suspension of sentences in selected cases, and the Presidency towns also ended up enacting the Children’s Act in the early twenties.[5] But the recent rebuke of the Hon’ble Delhi High Court on the governmental machinery, in the case of under trail prisoners languishing behind bars despite being granted bail[6] reminds oneself of the venerable presence the third wing of our democracy has left in steering reforms in this sphere of bail and especially for under trial women.

As an after India attained independence, the new set of socio- legal challenges were to be dealt with delicacy by the courts. As early as in 1958, when this contention was raised to recognise the right to bail as an absolute and indefeasible right u/s 496 of the Criminal Procedure Code, 1898, the Hon’ble Supreme Court in the respective matter of Talab Haji Hussain v.Madhukar Purshottam Mondkar and Other[7], through Justice Gajendragadkar held that the courts (High Courts in this case) are very much empowered to exercise the inherent power to revoke the bail granted but only for serving the higher purpose of justice and it was only when the needs of justice are put in jeopardy by the conduct of the accused that the inherent power can and should be exercised.

Hence, even in the era of positivist interpretation of procedural laws, the apex court left the reservations in favour of the victim in this form of a caution whereby it clearly mandated to exercise the inherent power sparingly and with caution. Later, in 1962, Justice Wanchoo, categorised further the granting of bail for the convenience of the courts whereby in the matter of State v. Captain Jagjit Singh[8], it was held that “if the offence is bailable, the bail will be granted without much ado but if the offence is not bailable, further considerations will arise and the court will decide the question of grant of bail in the light of those further circumstances.” Thus, the law related to bails underwent the chiselling process so as to serve the ends of social justice.

But with the fuming deprivation and growing inequalities in the poverty ridden India, such application of law in turn started creating injustice. One such glaring instance is found when a poor mason had to approach the apex court of the country as a surety sum of Rupees 10,000 was being imposed on him in response to an order granting bail in his favour “to the satisfaction of the Chief Judicial Magistrate”. This made Justice Krishna Iyer to quote Anatole France, when he said, “The law  in its majestic equality, forbids the rich as well as the poor to sleep under bridges, to beg in the streets, and to steal bread” Admitting that this incidence shocked the conscience of the court, the Supreme Court in this matter of Moti Ram and Ors. v. State of Madhya Pradesh[9] decided that the petitioner be released on his own bond in a sum of Rupees Thousand only.

A major significance of this case was that it opened an opportunity for Indian legal system to visit English and American jurisprudence on bail reform and try to incorporate the same. Since this was the evolutionary phase where judgements like that of Maneka Gandhi v. Union of India[10], which gave a creative connotation to “fair procedure”, the court tried to follow the same principlein Moti Ram (supra). It is pertinent to mention an important take away line from the latter case, as “Social Justice is the signature tune of our Constitution and the little man in peril of losing his liberty is the consumer of social justice”. Thus, this development got more nuanced with the coming up of Hussainara Khatoon and Ors. v. Home Secretry, State of Bihar[11], the Constitution Bench of the Supreme Court alarmingly looked into the habeas corpus petition for release of a huge number of men, women and children, all poor being put behind bars as they were not able to effectuate their bail bonds. Justice Bhagwati played the role of a pioneer of fundamental rights, and categorically held that-

“a procedure which keeps such large numbers of people behind bars without trial so long cannot possibly be regarded as ‘reasonable, just or fair’ so as to be in conformity with the requirement of that Article 21. It is necessary, therefore, that the law be enacted by the Legislature and as administered by the courts must radically change its approach to pre trial detention.”[12]

With such enlightened approach to the rights of the under trail prisoners, the courts have got a wide jurisprudence within which the bail reforms are being fully supported. The release of the under trail prisoners has been directed a number of times in pursuance of quest of speedier trials.[13] In recent trends, as visible in the matter of In Re: Inhuman Conditions in 1382 Prisons[14], it was pointed out that the Ministry of Home Affairs will ensure a Management Information System in prisons for efficient management of prison and the prisoners. This matter was brought to the fore with the letter of Justice R.C. Lahoti written to the Chief Justice of India, highlighting the plight of many overcrowded in the jails of the country.  Further it has been held that –

“The State Governments and the prosecution do not have to oppose every bail application nor do they have to ask for the remand of every suspect pending investigation. If the fundamental right to life and liberty postulated by Article 21 of the Constitution is to be given its true meaning, the Central Government and the State Governments must accept reality and not proceed on the basis that prisoners can be treated as chattel.”[15]

Keeping the same in mind, the Delhi High Court, as mentioned above, issued guidelines for Police and various legal services authorities to bring such a case of under trial prisoner to the notice of the concerned authority immediately without delay.[16] The justifications and reasoning for guidelines were based from those given by the Madras High Court.[17]

ABOUT US
A mission to make law accessible iPleaders consists of a team of lawyers hell-bent on figuring out ways to make law more accessible. While the lack of access to affordable and timely legal support cuts across all sectors, classes and people in India, where it is missed most, surprisingly, are business situations.
FOLLOW US
© Copyright @ 2020 iPleaders.in