In this blog post,  Suraj Pattanaik, Student of KIIT school of law and the Diploma in Entrepreneurship Administration and Business Laws by NUJS, discusses the validity of an online arbitration in India.

Arbitration is the settlement of disputes by a tribunal chosen by the parties themselves, rather than by the Courts constituted by the State. The popularity of arbitration as a mode of settling disputes is because arbitration is regarded as a speedier, more informal and is cheaper than conventional judicial procedure and provides a forum more convenient to the parties. Although litigation is the most commonly used method of settling any dispute yet, it has its share of limitations, which is the reason for considering arbitration as an alternative method. 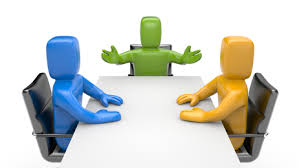 The limitations in litigations which gives an upper hand to the arbitration specially in cases of commercial issues can be stated as: the length of time needed for the whole process of litigation which does not suit the present pace of business, the high cost of litigation, the issues of jurisdiction and choice of laws which become particularly complicated at an international level, and the atmosphere of litigation which could be destructive to the future relationship of transacting parties.

There are various alternative methods of dispute resolution, but the features that make arbitration standout from the rest is the power of selecting arbitrators and governing law, and binding awards which can be enforced easily in many countries.

In recent years the technology has made its presence felt in almost all spheres of life, and legal field is no exception. Technological developments of recent years are significantly changing traditional arbitral practices and procedures.

The increasing popularity and dependence on the internet throughout the world has made the number of disputes arising from e-commerce, domain names registrations, etc. even more common. Thus, the internet can also be used in an effective manner to neutralize such issues by way of online arbitration. 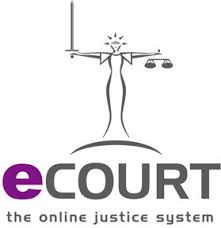 The Arbitration & Conciliation Act, 1996, if considered from the point of view of On-line Arbitration, can be divided into three parts.

Viewing the provisions of Arbitration & Conciliation Act, 1996 (Act) in conjunction with Information Technology Act, 2000 we need to analyze the each of the above three parts.[2]

I) The Arbitration Agreement:

Section 7(3) of the Arbitration and Conciliation Act, 1996 provides that an arbitration agreement shall be in writing. However, if the parties agree online to refer the matter to cyber arbitration through an ODR Service Provider, the question arises as to whether such a cyber-agreement will be valid in law. Section 4 of Information Technology Act, 2000 lays down the following provisions on this point: “Where any law provides that information, or any other matter shall be in writing or the typewritten or printed form, then, notwithstanding anything contained in such law, such requirement shall be deemed to have been satisfied if such information or matter is- 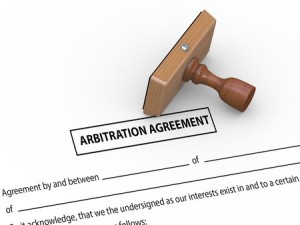 (a) rendered or made available in an electronic form; and

(b) accessible so as to be usable for a subsequent reference.

The Hon’ble Supreme Court of India in the matter of Trimex[3]Stated that “if the intention of the parties to arbitrate any dispute has arisen in the offer and acceptance thereof, the dispute is to be settled by arbitration. The only requirement of the arbitration agreement is that the parties must clearly spell out the technology to be used in settlement of disputes, the place of arbitration, laws governing the contract entered into between the two parties, the jurisdiction of courts.”

Information Technology is already used rampantly in arbitral proceedings. It is indeed cost effective and convenient but involves legal questions of vital importance to be settled first.

It is pertinent to analyze the applicable mandatory rules of procedure as “place” or “seat,‟ of online arbitration, is literally “virtual.” The principles of Tribunal‟s impartiality and equal treatment of parties, enshrined in Section 18 read with Section 12 of the Arbitration and Conciliation Act, are relevant. These online techniques can be used in arbitral proceedings, provided that their application does not prejudice one party for example “if it had less access to or know-how of the technology than the other party”[4] 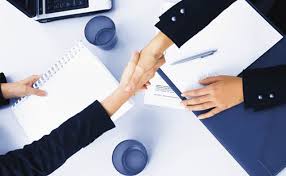 The procedural requirements of having the virtual proceedings have to be clearly spelled out including the details for the exchange of pleadings, video conferencing and audio conferencing.

The most important aspect post-judgment is the enforceability. At this stage, the role of the national court comes into play. But due to limitless boundaries of the internet, the first and foremost thing to consider will be affirming the location of the award.[8] 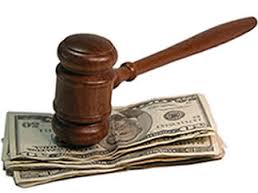 The award can be issued through email by sending scanned signed copies in PDF format. The actual signed copies can be sent through the post.

Online Arbitration is still a gray area in the Indian Legal Arena. Though it is a non-conventional method yet has its legal validity. For the implementation of Online Arbitration in India, the courts have to interpret the ambit of crucial aspects such as the proper law of such arbitration, determination of seat, the status of the award as between domestic or foreign, application of sections 34 and 48 of the Act, and enforceability under Part I or Part II.

[7] Redfern A and others, Law and Practice of International Commercial Arbitration (4th edn, Sweet & Maxwell 2004) 159.