This article is written by M.Arjun, a 5th-year student studying in Government Law College, Thrissur. This article deals with the Essentials of a Video Game Licensing Agreement.

Gone are the days where video games were used to be a youngster’s affair. The video game industry has boomed in the past few years, placing it neck to neck with pioneers of the entertainment industry such as the traditional film industry and the music industry. The gaming industry has attracted a lot of popularity and monetary value in the recent past. Popular titles such as PUBG, Fortnite, and PES need no introduction. Video games are a creation of the mind and are under the ambit of intellectual property laws.

Like any intellectual property, the creation of a video game meets its purpose when it is shared with its potential users or current users. A video game licensing agreement facilitates this purpose.

A video game licensing agreement involves parties such as the video game developers, publishers, and sports organizations as in the case of “FIFA”. Video games are normally developed and licensed by gaming corporations such as Electronic Arts, Ubisoft, Konami, and so on. They obtain suitable licenses from organizations such as FIFA, WWE and further license it to the end-users through an end-user licensing agreement.

As mentioned above, a video licensing agreement may involve multiple parties. Hence, it is quite essential that each party is clear about their rights and obligations. Developers and publishers of video games want their work to reach a good level of acceptance, thereby driving more revenue towards them.

They also have to make sure that the end-users of their creation are imposed certain restrictions so that the merchantability and commerciality of the video game are preserved. Meanwhile, there are entities such as sports and media organizations whose licenses are required.

For instance, video games related to football are mandated to obtain a license from FIFA for using certain attributes such as the name of a team, player, character of the player, and other related trademarks. A lot of intellectual property is involved in the creation of a video game. The gaming industry at present is witnessing a proliferating growth so as the disputes, particularly over intellectual property.

In the representation clause, the licensor represents and specifies all the rights available for him. For instance, Electronic Arts commonly known as EA sports obtains licenses from FIFA for using the FIFA branding and other related trademarks. As a result, EA sports can use the name and trademarks of FIFA in their game.

Whereas PES, a rival football game having a lot of similarities with FIFA cannot use the name “FIFA”in their game. In addition, they could not obtain certain licenses from various football leagues and teams for using their trademarks in the video game.

In this clause, the licensor specifies the nature of the license and how the licensee can use the rights provided by him. The parties have to agree whether the license is an exclusive license or a non-exclusive one. For eg, EA sports has licensed various football leagues and trophies exclusively for their FIFA versions so that the same is not available to PES or other football games.

The parties should agree upon a royalty for the license granted. The nature of royalty should be specified. For instance, royalties can be paid at a fixed percentage of the total sales in a particular period of time or as a certain percentage of revenue generated by the sale of each licensed product. Besides, the mode of payment, currency of payment, as well as the time limit for paying the royalties should be laid down in the agreement.

The provision of special royalty on sublicenses should be referred to within this clause. The licensor can also ask for minimum royalties which should be paid within a prescribed period irrespective of the sales of the product.

On non-adherence with the minimum royalty provision, the licensor can also force for the cancellation of the license and enter into a fresh license with a different party. All the conditions for any renegotiation or change in royalties payable can also be added to the agreement.

The licensor can also prevent the license from being used in certain platforms or devices. For instance, certain features of “FIFA 19” is different for different devices such as mobile phones, PCs and PlayStations. Apart from this FIFA can exclusively provide a provision for restricting EA sports from publishing the game with certain platforms such as Sony’s PSP or Microsoft’s Xbox.

For example certain games of “EA sports” are not available on countries such as Cuba, Iran and North Korea due to some issues with embargoes and sanctions If there are no restrictions in relation to any territory, the word “worldwide” should be added to the agreement, communicating that the license is applicable throughout the world.

The licensor and licensee should agree to duration, start date and end date by which the license shall remain in force. If there are any provisions for renewal of a license, the parties should expressly provide the same. The notice period or time period by which renewal should be requested shall be mentioned under this clause.

The parties should also agree upon the conditions according to which the licensor can terminate the agreement. In such cases, provisions for dealing with unsold copies of the products/games should be specifically provided to avoid uncertainties. The licensor can also add a provision which provides him with the right to terminate the agreement if the licensee could not launch the licensed product/game within the stipulated time.

E.g. in FIFA games, FIFA can direct EA sports in placing their logos in the game copies. The licensor can also add a provision for preservation and protection of goodwill related to his trademarks.

Meanwhile, the licensor should also indemnify the licensee from all the damages caused due to third party claims concerning the intellectual property licensed to the licensee. Conditions for indemnification of both the parties should be set out in detail. Besides, the maximum amount of damages payable by each party on such indemnification can also be agreed upon within this clause.

There may be chances where the licensee may get merged or acquired by any other parties or competitors. In such circumstances, the licensor can direct all such business activities which need the prior consent and approval of the licensor.

Video game licensing agreements are mostly international. The likelihood of the parties i.e the licensor and licensee to be from different geographies are quite high. Hence, this clause is quite important for both parties. The law according to which the agreement shall be construed and interpreted should be expressly mentioned.

The courts, having jurisdiction on instances of disputes should be present under this clause. Besides, a dispute resolution mechanism such as arbitration should be agreed upon by the parties. The number of arbitrators, the place of arbitration, and other relevant factors should also be specified.

Copyright protects the game characters, source codes and the programming language in which the game is written. It protects all the creative works such as art and music involved in the gameplay of the videogame. The Indian Copyright Act 1957 does not mention specifically about video games.

But, section 2(ffc) of the Copyright Act includes computer codes and languages under the purview of copyright. Trademark protects the names and logos of the associated games. Generally, not a lot of trademarks are involved with each game. Trademark helps to communicate the identity of the gaming corporation with the general public. For instance, every game developed by EA sports has its trademark and logo written over it.

The competition between various gaming corporations is quite intense. So, these entities are always keen to avail extra protection for their creation. Obtaining patents for their work ensures this extra protection. But patents are normally overlooked by the video game industry considering the immense difficulty for obtaining them. Software codes are not granted patents until they lead to technological innovation.

Similarly, the heart of a video game, i.e the gameplay are also not normally patentable. The industrial designs protect the graphical interfaces, colours, lines, and shapes of the various attributes used in the videogame.  Amidst the intense competition, the video industry also involves other forms of IP such as trade secrets and confidential information. It prevents employees of one gaming company, from disclosing their secrets on migration to a competitor’s company, thereby safeguarding their competitive advantage.

Disputes in the Gaming Industry

The video game industry is also witnessing a battle royale of disputes between various titans of the industry. In 2018, “PlayerUnknown’s Battlegrounds” popularly known as PUBG, filed a lawsuit for copyright infringement against its arch-rival “Epic games”.

In addition, it claimed that copyright is available for the expression of ideas and not the ideas themselves. Both of these games were extremely popular among the masses with PUBG enjoying twice the amount of total players throughout the world. Later, it was reported that PUBG dropped its lawsuit after a rumour of background settlement between the parties came into light. Some of the other most controversial video game lawsuits are listed here.

Despite witnessing tremendous growth, the developers and publishers from the video gaming industry are still complaining about the lack of protection available to their creative work.

Copyrights form the crux of IP involved in the development of a video game. Compared to other sectors of entertainment, the video game industry is not harmonized with sufficient laws for intellectual property protection.

Copyright protects the visual elements as well as the software codes. But the presence of multiple copyrighted works and diverse nature of IP laws throughout the world cause great difficulties for their development and distribution.

Video games are distributed to end-users through an end-user licensing agreement. Selling and distributing unauthorized copies of video games along with issues such as decompilation and modification of source code still continues to be a prevalent problem in the industry. 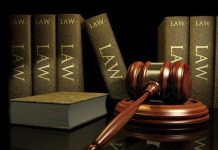 The flawed politics of defection : a legal viewpoint