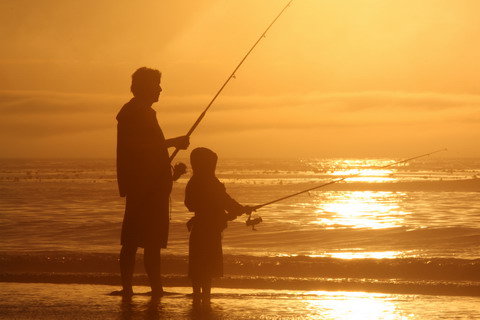 In this article, Sanghamitra Sengupta discusses the visitation rights for divorcees in India.

Divorce, an unavoidable step in one’s marriage can either prove to be a bitter experience for one party and a much-awaited event for the another. Regardless of how the parties to the divorce feel or experience, the party most affected by a divorce is the child. The question of child’s custody is of utmost importance after a divorce has been granted to two spouses.

Who is a Guardian

Every child in India, below the age of 18, must have a legal guardian. This guardian is necessary to take all important decisions on behalf of the minor. Guardianship and custody are not the same and must not be considered synonymous. Mostly, the right of custody and guardianship reside in the same person, but essentially, guardianship is a greater role played by a person than custody as custody is merely taking care of a minor’s daily needs and upbringing. Custody, as compared to guardianship, is a limited right. In our country, guardians can be of 2 kinds.

What Does My Personal Law Have To Say About Guardianship?

What Is Child Custody?

When two spouses decide to divorce each other, they usually find themselves on opposite sides with regard to ‘custody’ of the child. The same matrimonial court that decides the divorce case, according to principles of the personal law, governing the spouses, is empowered to decide matters of custody of minor children. If the court of law awards custody to a particular spouse or parent, it means that, the particular parent will be in charge of looking after the daily affairs and upbringing of the minor child. The minor child will live with the parent who was awarded custody of the child.

Can Both Parents Have Custody Of A Child After Divorce?

When both parents have custody of their minor child after divorce, it is known as Joint Custody. In India, Joint Custody has not been dealt with by the law, but, with changing times and difficult scenarios emerging, joint custody is being offered by courts of law. This change is because of one spouse,  expressing their angst against another, having complete custody of the child. In Joint Custody, a minor child may reside with one custodial parent for a specific period of time and with the non-custodial parent for another specific period of time. However, it must be noted that, joint custody is still not provided for by the Indian Law.

Is a Non-Custodial Parent Allowed To Visit The Child?

Yes. There are certain parties, apart from the custodial parent who are in proximity to the child, who may be granted visitation rights by the court. They are:

Why Are Visitation Rights Important For The Noncustodial Parent?

What Are The Visitation Rights A Non-Custodial Parent Is Entitled To?

Can My Visitation Rights Be Denied By The Court?

Can My Visitation Rights Be Denied If I Cannot Continue Child Support?

What Happens If The Custodial Parent Wants To Relocate Somewhere Else?

Abduction of Child in Visitation Cases

Dirty games have often been witnessed in child custody cases where a noncustodial parent may abduct the child from the residence of the custodial parent or the child’s school during school hours in order to get custody of the child. In such a fiasco between two parents, the child becomes the ultimate victim.

Dr. V. Ravi Chandran Vs Union of India & others – In this case, a US court while granting a divorce to an Indian couple handed over their child’s joint custody to the couple. The wife brought the child to India, depriving the father of joint custody. Supreme Court of India directed the wife to head back to the USA in order to give her husband equal rights of custody of their child otherwise her passport would be seized and the child would be under the sole custody of the father in the USA.

There are a handful of NGOs in India that seek to help a noncustodial parent and grandparents to win visitation rights in the court or outside court, by way of mediation.

Although visitation rights have been written about in quite some depth in this article, practical advice helps a noncustodial parent largely by guiding them on how to react to a situation where laws start seeming vague and vulnerability surrounds them.

We arrive at the final conclusion that, in our country, the family courts run by the doctrine of Parens Patriae. The doctrine implies that the court is obligated to make a decision, keeping in mind, the child’s welfare above all. This reason is exactly why visitation rights are considered to be highly important, to allow the child to bond effectively with both parents.