This article is written by Shashwat Kaushik, a student of CCS University. This article gives an analysis of Vodafone’s victory in the international arbitration case against India.

Vodafone group had won a global intervention argument against the Indian government, ending the most high-profile cases in the nation including a $2 billion assessment guarantee. The Court in The Hague decided that India’s imposition of tax on Vodafone were in breach of a treaty between India and the Netherlands. India had asserted an aggregate of ₹279 billion ($3.79 billion), incorporating about $2 billion in charge, just as interest and penalties.

Contention to the parties

In May 2007, Vodafone had purchased a 67% stake in Hutchison Whampoa for $11 billion. This incorporated a wider communication business and different resources of Hutchison in India. In September that year, the Indian government interestingly raised the interest of Rs 7,990 crore in capital gains and withholding tax from Vodafone, saying the organization ought to have deducted the duty at source before making an instalment afterwards. Vodafone tested the interest notice in the Bombay High Court, which decided for the Income Tax Department. Therefore, Vodafone appealed the High Court judgment in the Supreme Court. In 2012, the Supreme Court decided that Vodafone Group’s understanding of the Income Tax Act of 1961 was right and that it didn’t need to pay any duties for the stake buy.

That year, the then Finance Minister, the late Pranab Mukherjee, sidestepped the Supreme Court’s decision by proposing an amendment to the Finance Act, in this manner enabling the Income Tax Department to reflectively tax such arrangements. The Act was passed by Parliament that year and made Vodafone pay the tax liability. The case had by then become famous as the ‘retrospective taxation case’.

As the name recommends, retrospective tax collection permits a nation to pass a standard on burdening certain items, things, or administrations and arrangements, and charge organizations from a period behind the date on which the law is passed. Nations utilize this course to address any irregularities in their tax collection approaches that have, before, permitted organizations to exploit such provisos. While governments frequently utilize a review revision to tax assessment laws to “explain” existing laws, it winds up harming organizations that had intentionally or unexpectedly deciphered the expense management.

Aside from India, numerous nations including the US, the UK, the Netherlands, Canada, Belgium, Australia, and Italy have reflectively burdened organizations, which had taken the advantage of escape clauses in the past.

Evolution of the case

Vodafone Group Plc, which is a British organization, entered into the Indian media communications industry in 2007. For entering the business, the organization had two different ways on how they might set up their framework i.e. opening branches across India and enlisting individuals which is a long process or another way was to buy an existing organization at an appealing cost.

Along these lines, Vodafone bought Hutchison Essar Limited (HEL) for 55,000 crores. What’s more, you need to pay a Capital Gains Tax to the Government. The individual who is purchasing the property first requires to pay Tax Deduction at Source (TDS), solely after this, the purchaser pays the abundance to add up to the dealer.

To escape so many expenses, multinational organizations utilize different ways. Perhaps the most widely recognized way is to open an organization in a tax haven country and afterwards utilize that organization as an intermediary and manage it. The Hutch previously had an organization which was set up by them in 1998 in the Cayman islands named as the CGP Investment possessions whose parent organization was arranged in Hongkong named as Hutchison Telecommunications International Ltd. (HTIL).

The passage of Vodafone

Since in this entire arrangement an Indian organization was purchased and sold, the Income Tax Department said this exchange should be burdened by the Indian tax collection framework, which was around 10,000 crores. In any case, Vodafone would not charge compensation in India because as indicated by them they didn’t buy Hutchison Essar Limited (HEL), they purchased CGP Investment possessions, and 67% portions of Hutchison Essar Limited went under this organization. So lawfully, Vodafone doesn’t have to pay charges in India. The passage of the legal executive framework

Vodafone transferred the cash, however, they appealed this case in the Supreme court of India. The Indian Government lost this case in the high court in January 2012. This was a major escape clause as indicated by the laws around then and Vodafone took advantage. The High Court additionally said that the Indian duty division has no option to burden the abroad exchanges. The Supreme court additionally provided the request to the Indian duty division to return 25,000 million rupees with a 4% premium to Vodafone.

The government had started an appeasement cycle with the organization in 2013 however dropped it once Vodafone had conjured discretion under the Bilateral Investment Treaty (BIT). The government stand had been that expense matters are not under the domain of BIT.

“Vodafone has finally got justice first from the Indian Supreme Court and now from an international arbitral tribunal”, said Anuradha Dutt, a senior accomplice at DMD Advocates.

The decision restricts the most dubious disputes in India under worldwide arrangements that it enters into with nations to ensure foreign investments. India has caught more than twelve such arguments against organizations, including Cairn Energy, over review charge cases and wiping out of contracts. The exchequer could wind up paying billions of dollars in damages if it loses.

To lessen future mediation claims, India has finished such agreements with more than 50 nations and is working on another law to shield unfamiliar financial backers by offering help from conceivable policy changes even as it maintains the option to tax them, Reuters revealed.

Definition of the bilateral investment treaty

On November 6, 1995, India and the Netherlands had signed a BIT for advancement and security of speculation by organizations of every country in the other’s legislation. Among the different arrangements, the deal had then expressed that the two nations would endeavour to empower and advance good conditions for investors of the other country. der the BIT, the two nations would guarantee that organizations present in each other’s countries would constantly be concurred with reasonable and impartial treatment and would appreciate full insurance and security in the region of each other. The BIT between India and the Netherlands terminated on September 22, 2016.

In this arrangement, the Indian Government lost 12,000 crores and accordingly amended the Income Tax Act to protect itself from future misfortunes. It was explained in the Income-tax laws that any foreign exchange which in a roundabout way includes any Indian organization, the organizations will be obligated to pay capital gains tax and tax deducted at source.

After the alterations were made in the demonstration, the Government began requesting cash from Vodafone. Presently Vodafone had no way out because even the High Court can do nothing if alterations are made in the law. Yet, Vodafone took this decision to the global courts, and this case was dealt with in the International Arbitration Tribunal.

The choice by the International Arbitration Tribunal

On 25 September 2020, the International Arbitration Tribunal which is arranged in the Hague, Netherlands gave the choice that the interest of the Indian Government isn’t right and they can’t charge on the exchange of Vodafone, and the Indian Government is responsible to pay Rs. 40 crores to Vodafone to meet the lawful expense of the case.

Explanations for this choice

The legal advisors addressing the instance of Vodafone in the International Arbitration Tribunal contended that both the gatherings which were associated with the choice that is India and Netherlands have marked a deal which has a condition of fair and even-handed treatment. And, the Indian Government is violating this clause when Government on a retrospective basis by making amendments in the laws.

The International Arbitration Tribunal said that this is correct and Vodafone didn’t get fair and even-handed treatment by the Indian Government and along these lines. One of the main considerations for the Court of Arbitration to decide in favour of Vodafone was the infringement of the BIT and the United Nations Commission on International Trade Law (UNCITRAL).

The other was Article 3 of the discretion rules of UNCITRAL, which, in addition to other things, says that the constitution of the arbitral council will not be hindered by any contention as for the adequacy of the notification of arbitration, which shall be at last settled by the arbitral court.

This is unquestionably a piece of uplifting news for Vodafone-Idea (presently Vi) given their continuous battle in the Indian telecom industry because of AGR dues and so forth. Be that as it may, it’s a major misfortune for the Indian Government.

The Indian Government says that it is tax avoidance, however, as per Vodafone, it did its tax planning by following the laws. Indeed, various individuals may have various assessments on this case. However, as of now, Vodafone has won it. The Indian Income Tax Department has said that it will seek the issue further but what would that lead to, only time will tell. 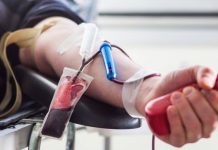 All about blood donation in India