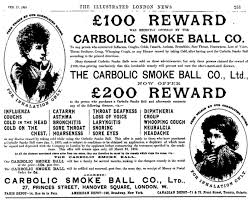 In this Article, Saksham Chhabra from UPES(Dehradun) discusses wagering contract and its enforceability.

WHAT IS A CONTRACT?

A contract is a voluntary, deliberate, and a legally binding agreement between two or more parties. Contracts in the general sense are usually written but they can be spoken or implied on the mutual consent of both the parties and are generally related to lease, rent, sale or employment. Under Section 2(h) of the Indian Contract Act, 1872 the term Contract has been specifically defined as an agreement which is enforceable by law. Thus, it implies that an agreement which is enforceable by law is a contract. A contract is a legal way of performing activities between two parties and making sure that neither of the party at any point of time while in the performance of the contract backs out or otherwise the other party can sue him in the court of law for the breach of Contract. The contract made between any two parties should be made in a proper manner and should have the following essentials in it to be called as a valid contract which has been defined under the section 10 of the Indian Contract Law,1872-

”All Agreements are contracts if they are made by the free consent of the parties, competent to contract for a lawful consideration and with a lawful object and are not hereby expressly declared to be void”. (see more)

ESSENTIALS OF A VALID CONTRACT:

Thus, when two parties enter into an agreement with an intention to hold the other party liable in case of non-performance, the agreement automatically becomes a contract.

WHAT IS A WAGERING CONTRACT?

When we talk about contracts we come across various types and kinds of contracts such as Quasi-contracts, Implied contracts, Expressed contracts and many more. One such type of contract is known as Wagering Contract. Wagering Contract is one in which there are two necessary parties between which the contract has been made and wherein, the first party promises to pay a certain sum of money to the second party on the happening of a particular event in the future and the second party agrees to pay to the first party on not happening of that particular event. The basic fundamental of a wagering agreement is the presence of two parties who are of sound mind to get profit or loss. A Wager in the common language means Betting or Gambling. The basic meaning of the term wager is betting. Section 30 of the Indian Contract Act specifically talks about agreements by way of wager, as void. The section read as follows:

“Agreements by way of wager are void and no suit shall be brought for recovering anything alleged to be won on any wager, or entrusted to any person to abide the result of any game or other uncertain events on which any wager is made.” (see more)

Carlill vs Carbolic Smoke Ball co.(1893): This is the only case law which has defined a wagering contract in the most expressive and encompassing way. It States as follows:

”One by which two persons, professing to hold opposite views touching the issue of a future uncertain event, mutually agree that, dependant on the determination of that event, one shall win from the other, and that other shall pay or hand over to him, a sum of money or other stake; neither of the parties having any other interest in that contract than the sum or stake he will win or lose, there is no other consideration for making of such contract by either of the parties. If either of the parties may win but cannot lose or may lose but cannot win, it is not a wagering contract”. (see more)

HISTORY OF LAW RELATED TO THE CONCEPT OF WAGER:

Since the primitive times when there were cases in British India, the law that related to the wagers was the common law in England governed it but then in 1848, the Wagers Avoiding Act came into force. Earlier, it was regarded that any action of the wager may be maintained if it was not against the personal feelings of the third person with evidence and that it was in contradiction to the public policy. When we discuss the concept of gambling and betting we know that this kind of activities existed in our country from the olden ages which were not adopted in England and were boycotted. These types of activities have not been specifically mentioned under the Indian Contract Act or the Hindu law in general and thus these type of activities are considered as illegal and are not been protected under the ambit of our Indian constitution under Article 19 or Article 301.

Also in the case of Chimanlal Purshottamdas Shah vs Nyamatrai Madhavlal(1985), a new dimension was given to the term Wager which follows, ”The essence of Gambling and Wagering is that one party is to win and the other to lose upon a future event which, at the time on track, is of an uncertain nature- that is to say, if the event turns our own way, A will lose; but if it turns out the other way, he will win”. (see more)

This type of wager/ betting takes place where the person who is placing the bet on the most favored team playing in the match to win the match by a certain margin or on the team which is regarded as the underdog for it to win or even if it loses then with a very close margin.

This type of betting is done in the game where the better places his bet on the total of number score or total of goals scored by both the teams through a combination of the certain number and which is totally a futuristic event uncertain and nobody has control over it.

This type of betting takes place when the better places his bet on the condition that the combination of the total number of goals and pints that are scored by both the teams will be less or under a certain limit. This type of wager is also related to the final outcome of the game.

This type of betting is very unique and creative in nature as it is not related to the final result of the game. In this case, the better places his bet on something like the first half of the game or like whether there will be a super over in a cricket game etc. thus, this is also known as prop betting.

ESSENTIALS OF A WAGERING CONTRACT:

One of the main points in a wagering contract is that there should be an equal chance for both to either win or lose depending upon the outcome of the future event.

Both the parties should have a single interest as to the profit or loss in the result of the event and there should not be any outside or personal interest attached with the uncertain event as that will not amount to wager as well.

The wager agreement is fully dependent upon the happening of the futuristic event whether it is contrasted with the past, present or future as to the result of that event.

The wager contract should contain an important clause which should state that the parties promise to pay the money or money’s worth to the other party on the happening of the event and this should be agreed upon by both the parties.

CAN A WAGERING CONTRACT BE ENFORCED?

The Effects and Enforceability of a wagering contract can be understood by the concept that under the Indian Contract Act it has been explicitly declared as a void ab initio and thus even section 65 of the Indian Contract Act does not apply to it as the contract is void but there is nowhere mentioned that these type of contracts have been forbidden by the law, which again implies that except the state of Gujarat and Maharashtra the wagering contracts are void and are legal in the other states. Thus, these agreements by way of wager are void and thus no suit can be brought for recovering anything alleged to be won on any wager or entrusted to any person to abide by the result of any game or any other such uncertain event on which any wager is made. This was also seen in the case of Badridas Kothari v. Meghraj Kothari AIR 1967 the court held that although a promissory note was executed for the payment of the debt caused through wagering transaction, the note was not held enforceable. Thus, the winner cannot recover the money, but before it is paid to him the depositor recover from the stakeholder. Also, it was also seen in the case of GherulalParekh v. MahadeoDas 1959 AIR 781 the honorable supreme court in its judgment said that although a wager is not unlawful under Section 23 of the Indian Contract Act and thus all the proceedings and transactions collateral to the main transaction are as such enforceable.

EXCEPTIONS TO THE WAGER AGREEMENT:

As per the Indian Contract Act Section 30 states that there are also certain exceptions in the wagering agreements and thus the section read as follows:

“This section shall not be deemed to render unlawful a subscription or contribution, made or entered to into for or towards any plate, prize or sum of money, of the value or amount of five hundred rupees or more, to be awarded to the winner of any horse race. Nothing in this section shall be deemed to legalize any transaction connected with horse- racing, to which the provisions of section 294A of the Indian Penal Code shall apply”. (see more)

Since a wagering contract is a void contract, thus there are certain exemptions to it which are as follows:

1. Showcase of talent is not a wager:

The transactions that take place under the share market shall not amount to wager where the shares are bought and sold and mere delivery of shares from one person to another will not be regarded as the wager.

Sometimes, the state government may authorize certain horse race competition if the local laws permit it and if the people contribute with a sum of RS 500 or more towards the prize money which is to be given to the winner of the horse race then it will not consider a wager.

The contracts of insurance are not wagering at all because these are contracts of Indemnity. These contracts are entered upon to safeguard and protect the interest of one party from any damage hence it is not a wager.

The Agreements that are done for sale and purchase of any commodity that is to be used on a commercial base in which there is genuine intention to do legitimate businesses which are valid and if they intend to do so they are required to pay the difference.

Under Section 30 of the Indian Contract Act, the term Wager has not been defined and it does not even define about wager agreement it only says that such agreements are void with the proviso of section 294A of the Indian Penal Code. The Indian lawmakers have never made any amendments in this section to define such terms ever since this law came into force and up till now, the section is silent on many things which are necessary to be defined specifically. So, we can only wait for the lawmakers to amend the following section and break the ambiguity on many things which have caused a lot of problems for the judiciary to decide many cases in the past. Thus, it seems a matter of urgent importance to bring the necessary amendments in the act.