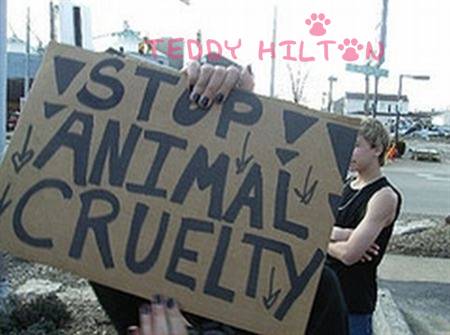 This article is written by Ridhi Mittal, a student of Symbiosis Law School, Noida. The article talks about cruelty in terms of animals. It provides information regarding how one can report animal cruelty and where can it be reported.

Cruelty is cruel or harsh behaviour towards someone. Animal cruelty means treating animals with brutality. It involves inflicting harm upon animals or killing them. Cruelty can be induced in various forms like kicking, burning, stabbing, beating, and shooting. In some religions, it is considered good fortune to sacrifice an animal to God as a peace offering and then start their work. This offering of animals is subjected to animal cruelty as we humans have no right to decide who lives and who dies and killing an innocent living organism is inappropriate.

Where can you report animal cruelty

How can you report animal cruelty

One can record the incident while making a complaint against it so that it helps the prosecutor further in getting the abuser punished. The report filed for animal cruelty should be as detailed as possible which means it should include the dates and circumstances that happened. A witness or evidence to the said act is a great benefit in proving the offence of the accused. It is not compulsory that the person himself comes forward for making the complaint. He/she can hide his identity and make an anonymous complaint as well.

For making a complaint one can notify the animal control or contact a police officer immediately when one comes in contact with any incident of animal cruelty. It is advised that if you are confused regarding whether the act constitutes animal cruelty or not, you should still notify animal control so that they can look into the matter and make sure that no animal cruelty takes place.

While entering the premises where animal cruelty is taking place, one should be careful and well aware of his surroundings so that they themselves don’t put in any kind of danger because it is a very likely case that either the wrongdoer or the animal might react in a way which proves dangerous or deadly for the witness.

One shall avoid entering another person’s property without his permission or invitation and exercise great caution around unfamiliar animals who may be frightened or in pain. Providing law enforcement with the names and contact numbers of the first-hand witnesses of the scene is also a great help to the authorities.

A complete record shall also be maintained by the person filing the complaint himself or the person he contacted and who is in charge of the complaint so that in case of any nonfeasance or malfeasance by the official, the person can report to higher authorities. If one does not know the procedures or methods, they can contact the animal welfare association of their area or native place because they are a big help in fighting the case of animal cruelty.

Who can report animal cruelty

Animal cruelty is something that exists around us but is still not reported, the reason being some are not educated about how and where to report and some are even unaware of what all is covered under the scope of animal cruelty. Animal cruelty is an umbrella term that includes almost everything that causes harm or any kind of threat to the life and limb of all the existing animals on this earth. One should have the knowledge that they can either call the police or the animal welfare societies for help against animal cruelty. A complaint can be filed in the police station against the incident resulting in animal cruelty. The animal welfare organisation has been dealing with animal protection work for a long time and have contacts, therefore, they are capable of stopping animal cruelty at earliest which is why contacting them in the absence of any contact with a police officer is really helpful. Reporting animal cruelty should be immediately done by the person either witnessing it or by listening to it from someone else. Our one call can make a lot of difference in an animal’s life. Sometimes one does not willingly engage in animal cruelty. When he/she feels threatened by the animal in front, they do something that ends up hurting the animal.  Instead of taking measures themselves, they should call the municipal corporation of the respective area or any other authority in charge so that animal cruelty is avoided. For reporting animal cruelty, one has broadly 2 options. First, call the helpline number (either of the police or animal control). Secondly, report through online websites for animal welfare. Reporting it is the right thing to do and thus shall be done by everyone.