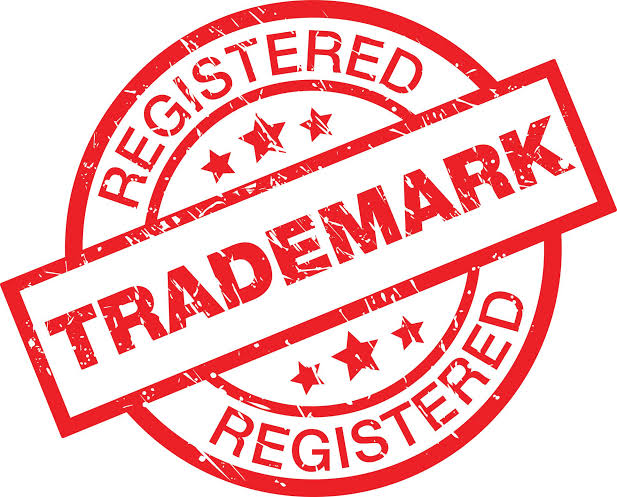 This article is written by Jaya Jha of the Vivekananda Institute of Professional Studies, Delhi. This article deals with the comparative analysis of well-known trademarks and their various components.

Intellectual property is a broad category that comprises any works produced using a person’s intellect, primarily including trademarks, copyright, and patent. Industrial property and copyright are two classic divisions of Intellectual Property (IP). Before 2017, well-known trademarks could only be established through a judicial proceeding but Rule 124 of The Trade Mark Rules, 2017 introduces a new procedure by allowing a trademark owner to fill out the application form TM-M and request that the brand be considered well-known. Well-known trademarks have their goodwill and reputation protected across the country and categories of goods and services, in contrast to other trademarks whose goodwill and reputation are restricted to a set designated geographical area and a certain range of items. The Trade Mark Registry is prohibited by law from registering any mark as a trademark that is confusingly similar to one of the well-known trademarks. For instance, Alphabet Inc. has registered Google as a well-known trademark, making it the only company authorised to register the term “Google” for any product or service. Even though the service is unrelated to the Internet sector, only Alphabet Inc. is permitted to register “Google” as a trademark.

What is a trademark

A ‘trademark’ is a mark that sets one business apart from another. A trademark according to Section 2(zb) of the Trademark Act, 1999 described as a mark that can distinguish the goods or services of one person from those of others and that can be represented visually and according to the Section 2(1)(zg)  of the Trade Marks Act of 1999, a well-known mark has grown to be so well-known to the significant portion of the public who uses such goods or receives such services that the use of such a mark concerning other goods or services would likely be taken as indicating a connection between those goods or services and a person using the mark with the first-mentioned goods or services in the course of trade or rendering of services.

Elements of a well-known trademark

According to the definition mentioned above, a well-known mark consists of the following elements:

i. A mark that a significant portion of the public uses specific goods or services, such as the mark “TATA” of Tata Sons Ltd.

ii. Is utilised by another party to obtain more goods or services (such as TATA jewels).

iii. Is likely to point to a relationship between TATA diamonds and Tata Sons Ltd.

Article 16.3 of the Trade-Related Aspects of Intellectual Property (TRIPS) Agreement appears to provide the foundation for this definition. The absence of focus on “harm to the interests of the owner of the registered trademark” under the Indian Act in the Trade Marks Act of 1999’s definition of a well-known mark contrasts significantly with Article 16.3 of the TRIPS. The first legal document to acknowledge well-known trademarks as a legal notion was the Paris Convention of 1883, which contained measures to offer exceptional protection to well-known trademarks.

In the case of Daimler Benz v. Hybo Hindustan (1993), the plaintiff requested an injunction against the defendant’s use of his emblem since they were both using the word “Benz.” The court issued an injunction against the defendant’s alleged use of the plaintiff’s logo despite acknowledging it as a well-known trademark due to its international recognition and goodwill.

When does a trademark become a well-known trademark

To protect well-known marks against infringement and misuse, WIPO adopted a Joint Resolution Concerning Provisions for the Protection of Well-Known Marks in 1999. This resolution included a list of elements that determine whether a trademark is well-known. Due to its membership in the World Trade Organization, India embraced these elements and included them in Section 11 of the Trademarks Act, clause 6. These deciding elements include:

Examples of well-known trademarks in India

Following are the examples of well-known trademarks in India:

Bata and Bata foam for footwear

In the case of Acqua Minerals Limited vs Mr Pramod Borse & Anr (2001), Delhi High Court held that one of the earliest brands of bottled mineral water to be introduced was BISLERI, which is well-known in the Indian market. The defendant was detained when it was shown that he registered the domain name Bisleri intending to profit from the plaintiff’s good name and reputation.

In the case, N.R. Dongre And Ors vs Whirlpool Corporation And Anr (1996) Court held that through both the import of goods and its advertising, a product and its trade name can transcend the actual borders of a particular geographic area and development of a trans-border, overseas, or extraterritorial reputation. An injunction may be granted if there is knowledge or awareness of a foreign trader’s goods and its trademark at a location where those goods are not being sold.

Intel Corporation v.CPM United Kingdom Ltd (2007). Intel corporation has various well-known trademarks under its community including a well-known trademark of the word ‘INTEL’ in the UK which is a synonym of computer processors and its services and the word mark “INTELMARK” has been registered as a trademark in the UK by CPM United Kingdom Ltd. Intel claimed that the use of the ‘INTELMARK’ mark would unfairly exploit the character or goodwill of the previous ‘INTEL’ trademark

The Court held that the mark’s use is unlikely to unfairly exploit the earlier mark’s distinctive character or reputation if the relevant part of the public has not made a “link” between the earlier and subsequent marks.

Ford Motor Company v Mrs C.R. Borman (2014). In this case, the issue was whether FORD is a well-known trademark or not, the court held that FORD is a particularly “well-known”  trademark in its sector of work and amongst the public. The extensive geographic reach of the plaintiff’s use, the length of time the mark has been in use, the general public’s awareness of the trademark “FORD” and its goodwill and reputation as a result of the plaintiffs’ extensive use of promotion, publicity, and advertising, the plaintiffs’ extensive sales in India and other countries under the mark, and the numerous registrations the mark has received all prove that the plaintiff’s mark “FORD” is in use and is a well-known trademark.

In the case of Bajaj electricals, Ltd v Metals allied product (1987) Bombay High Court determined that the accused engaged in passing off by using the family name Bajaj. The plaintiff company’s reputation and goodwill were acknowledged.

Legislations related to a well-known trademarks in India

This rule enables trademark owners to submit a form TM-M to the Registrar asking for the grant of a “well-known” trademark. Before the introduction of this law, a mark could only be deemed well-known after becoming the subject of proceedings, correction, and opposition before the Honourable Courts. The introduction of this rule and the associated procedure allows a trademark owner to request a well-known trademark without having to engage in any legal proceedings or corrections. Rule 124 guarantees that a trademark will receive the designation of “well-known” simply by submitting a request to the Registry.

Protection of well-known marks in all classes (Sec-11 (2))

The trademark “Kirloskar” has become well known in India, and the Bombay High Court protected it in the case of Kirloskar Diesel Recon Pvt Ltd vs. Kirloskar Proprietary Ltd (1995). If any other party uses this trademark for some other business, the public will assume that the plaintiff has only expanded its business, which will further harm the plaintiff’s company. Similar restrictions were placed on the defendant in the Benz case because the “Benz” brand was already well-known for autos.

Remedies for infringement of well-known trademarks

Following are the remedies for infringement of well-known trademarks-

1) No trademarks that are identical or misleading may be registered across all classes of products and services. If a party have been wronged and wants to ratify it party may ask for a registered trademark’s correction, cancellation, or removal from the register. The steps of ratification is being provided under the Trademark Act

2) Trademarks which will offend the well-known trademark shall be subject to deletion.

4) Preventing the incorporation of any group or business connected to the original, well-known trademark from violating it. Manufacturing or owning tools for forging trademarks, using misleading trading names, and other similar actions are all violations of the Trademark Act. Three years in prison, either with or without a fine, is the maximum penalty for any of these offences. Infringement under the trademark act is considered cognizable infringement.

Due to the current brand value of well-known brands, Indian law grants them exceptional protection. No matter how long a mark has been in use, massive amounts of publicity are one of the crucial traits that should be addressed. Owners of trademarks frequently use ornate names, numbers, or other attractive elements to distinguish their marks from others and so increase their level of protection.

To appropriately and sufficiently protect well-known trademarks and service marks around the world, national, regional, and international legal instruments have provided them with additional protection. This is due to a pair of factors. The first is that well-known marks are more fragile than regular ones, as previously explained, because they are easier to unfairly exploit since the illegal profit that can be made from such practices is typically higher, and because they are more vulnerable to actions like counterfeiting and dilution due to their widespread use around the world. The second factor is that well-known marks naturally differ significantly from trademarks that do not have the same level of popularity and repute in the eyes of customers.

No comparable marks are permitted for any goods or services, making a well-known trademark a valuable intellectual asset for a corporation with many benefits. To preserve these well-known trademarks’ exclusivity and legitimate status, nevertheless, it is crucial.

Overview of trademark registration in India