This article was written by Rahul Bajaj of Nagpur University.

The Right to Fair Compensation and Transparency in Land Acquisition, Rehabilitation and Resettlement Act, 2013, also known as the Land Acquisition Act, which came into force on 1st January, 2014 is both a quantum leap and a paradigm shift in land laws in India. It is a quantum leap because it seeks to right the wrongs of the 120-year-old archaic Land Acquisition Act of 1894 and a paradigm shift because it is the first land law in India that unequivocally recognizes that a truly fair process of land acquisition must, of necessity, contain provisions for the rehabilitation and resettlement of those whose land is acquired.

The Act not only seeks to develop a humane, participative, informed and transparent process for land acquisition, but also firmly puts the onus on central and state governments to ensure that compulsory acquisition of land does not end up having any deleterious effects on those whose land is acquired for public purposes.

It was widely believed that the Land Acquisition Act of 1894, despite several amendments, was unable to assuage the unease of land owners primarily because it did not encompass a cohesive policy for providing fair compensation to land owners or for the rehabilitation of those whose livelihood depends on the land that is acquired for public purposes.

The Act recognizes the need to develop a transparent and efficacious mechanism for land acquisition as a part of India’s massive industrialization drive and to bring India’s land laws in line with global standards.

Here are the top 5 features of this landmark legislation that every citizen must know about, read on.

Consent of those whose land is sought to be acquired: 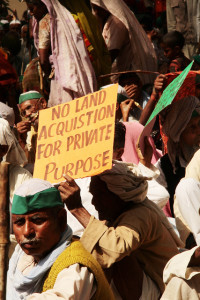 The Act empowers the government to acquire land for its own use and control, for public-private-partnership projects or for private companies who intend to use the land for a stated public purpose.

If the government intends to control the land directly for a public purpose, which is often the case, consent of the land owner shall not be required.

However, when the government acquires the land for private companies, the consent of at least 80% of the families whose land is sought to be acquired must be obtained through a prior informed process.

Similarly, if the land is acquired for a public-private project, the consent of at least 70% of the concerned land owners must be obtained.

This provision will go a long way in preventing forcible acquisition of land which is something that the previous land acquisition law completely failed to do. Furthermore, it will also help to give a voice to those impoverished land owners who have hitherto been unable to assert their rights.

The Act also imposes a duty on collectors to ensure that no unutilized land is available before they decide to acquire the land that is owned by poor farmers.

The Act makes it abundantly clear that the urgency clause, which provides for an expedited land acquisition process, should only be invoked for purposes of national defense, for providing land for the rehabilitation of victims of natural disasters and in other grave emergencies. The compensation amount to be given to land owners in the 1894 Act was based on prevailing circle rates which is why land owners were never fairly compensated for the acquisition of their land.

In order to rectify this shortcoming, the new Land Acquisition Act seeks to provide compensation up to 4 times the market value in rural

areas and 2 times the market value in urban areas. In addition, the amount involved in such transactions will be free from income tax or stamp duty. The final award must also compensate for the damage to any standing crops which might have been harmed on account of the acquisition process.

Moreover, the Act also contains a plethora of substantive provisions for the rehabilitation of land owners.

First, it seeks to provide a subsistence allowance of 3,000 per family per month for the first year.

Apart from this, a transport allowance of Rs. 50,000 and resettlement allowance of the same amount to the affected families would also be given. Enhanced benefits would be given to members belonging to SC/ST categories.

Interestingly, if the land is acquired primarily for the purpose of urbanization, 20% of the developed land will be offered to the land owners at a price amounting to the cost of acquisition + the cost of development.

In case of irrigation or hydel projects, affected families may be granted fishing rights in reservoirs in the prescribed manner. 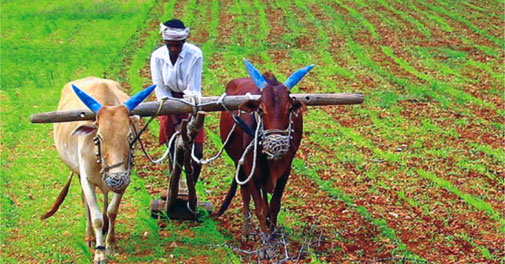 As the agricultural sector plays a pivotal role in the Indian economy, the Act empowers all state governments to impose strict restrictions on the acquisition of agricultural land in general and multi-crop land in particular. The Act further states, in no unclear terms, that such land should only be acquired as a last resort. It is pertinent to note that no land can be acquired in Scheduled Areas without the permission of the Gram Sabhas. The acquisition of land has to be in conformity with existing laws including, inter alia, the Forest Rights Act and the Panchayat (Extension to Scheduled Areas) Act 1996.

Duty to fulfill all conditions: Another striking feature of the Act is that it makes it explicitly clear that no land can be taken away until alternate accommodation arrangements are made for the family owning the land. The third schedule of the Act clearly delineates the infrastructural amenities that have to be provided to land owners in the rehabilitation and resettlement sites.

It is the prerogative of the collector to ensure that the entire compensation amount is paid to the land owner within a period of 3 months and the rehabilitation and resettlement entitlements within a period of 6 months from the date of the award. 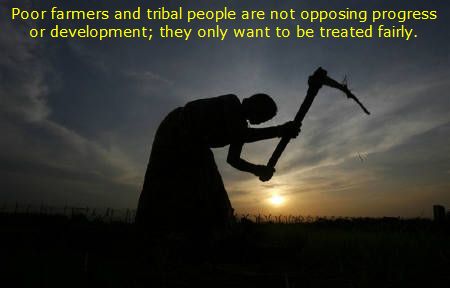 Not only does the new Land Acquisition Act seek to usher in an era of greater accountability in land acquisition arrangements, it also seeks to take corrective steps to rectify the loopholes in the acquisitions that have taken place in the last decade. As a result, all acquisition arrangements in which no award has yet been made would fall within the purview of this Act. Similarly, if the land was acquired 5 years ago but no compensation has yet been paid or if the possession of the land has not yet changed hands, this Act stipulates that the process would start afresh in conformity with the procedure laid down in this Act.

The new Land Acquisition Act has widely been praised because it seeks to plug the gaps in the existing system which is plagued with myriad deficiencies. How successful it will be still remains to be seen, but, if it is implemented properly, it will certainly help to foster better relations between land owners and the government and will pave the way for a more robust and accountable system.