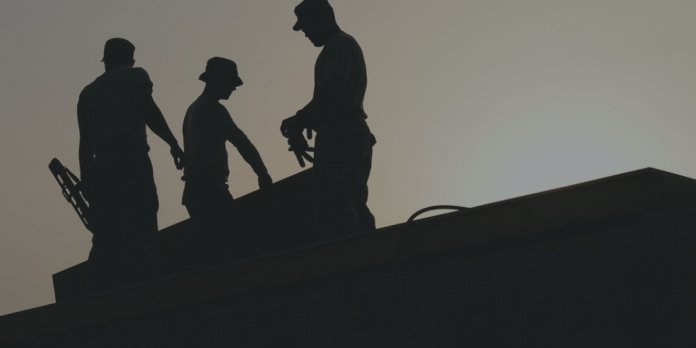 In this blog post, Arpita Kulkarni, from Balaji College, Pune discusses the concept of economic justice while providing steps on what needs to be done if a company does not pay or delays in paying the PF Amount.

The concept of Economic Justice under Constitution of India

The Preamble of India gives vital importance to the term “JUSTICE” which not only means Social Justice but also Economic Justice. Besides the Preamble to the Constitution, the Directive Principles of States Policy which are enshrined under Art. 36 to Art. 51 strengthen and promote the concept of economic justice by seeking to lay down some socio-economic goals which the States have to strive to achieve.[1] Article 43 says workers should have the right to a living wage and “conditions of work ensuring a decent standard of life not only during the course of his/her employment but also after that. Fundamental Rights under part III of the Constitution of India envisages the principle of social and economic justice by providing Art. 21 which declares that every person of every class has a right to live with dignity which connotes to the fact that working class or an employee has rights to be protected under labour laws so as to live a dignified life during their employment and even after that.

The most vulnerable class subjected to economic injustice is the working class of society. To achieve the socio-economic goals pertaining to the working class, the Indian Government has enacted some beneficial enactments for the welfare and protection of the interests of employees viz. Payment of Wages Act, 1936; Industrial Disputes Act, 1947; The Payment of Gratuity Act,1972; The Payment of Bonus Act,1965; The Employees Provident Fund and Miscellaneous Provisions Act 1952; etc. The most beneficial among the abovementioned enactments is the Employees Provident Fund and Miscellaneous Provisions Act 1952 which functions as a pension fund for old age security for the organised workforce sector. The Employees’ Provident Funds & Miscellaneous Provisions Act, 1952 has been enacted with the main objective of protecting the interest of the employees after their retirement and their dependents after death of the employee. The Act provides insurance to workers and their dependents against risks of old age, retirement, discharge, retrenchment or death.

A provident fund is created to provide financial stability and security to the working class. An employee begins contributing to this fund on a monthly basis when he/she starts out as an employee. The purpose of an EPF is to help employees save a part of their salary every month to be used when the employee is no longer fit to carry on working, i.e., when the employee has to retire from service, or terminated, or is retrenched for any valid reasons. Entry 24 of List III of Schedule Seven of Indian Constitution provides the welfare of labour including conditions of work, Provident Funds, employer’s liability, workmen’s compensation, invalidity and old age pensions and maternity beliefs.[2] Deductions from the wages of an employed person shall be made only in accordance with the provisions of Payment of Wages, 1936 Act related to deductions for subscriptions to, and for repayment of advances from any provident fund to which the Provident Funds Act, 1952, applies or any recognized provident fund as defined in clause (38) of section 2 of the Income-tax Act, 1961 (43 of 1961)] or any provident fund approved in this behalf by the appropriate Government, during the continuance of such approval.[3]

Therefore, both the employer and employee contributes to the Employees Provident Fund at a rate of 12% of the basic salary and dearness allowance (if any) every month. This fund is maintained and overseen by the Employees Provident Fund Organisation of India (EPFO). Any company with over 20 employees is required by law to register with the EPFO which is the authority made under the said Act to check the correct implementation of the Act.

The scheme of the Act is that each employer and employee in every ‘establishment’ falling within the Act do contribute into a statutory fund a little of the wages to sell into a large fund wherewith the workers who toil to produce the nation’s wealth during their physically fit span of life may be provided with some retiral benefit which will ‘keep the pot boiling’ and some source wherefrom loans to face unforeseen needs may be obtained. This social security measure is a human homage the State pays to Article, 39 and 41 of the Contribution. The viability of the project depends on the employer duly deducting the workers’ contribution from their wages, adding his own little and promptly depositing the nickel into the chest constituted by the Act. The mechanics of the system will suffer if the employer fails to perform his function. The dynamics of this beneficial statute derives its locomotive power from the funds regularly flowing into the statutory till.[5]

In Sarvaraya Textiles Limited v. Commissioner, Employees Provident Fund, the Court observed that the Appellant’s case is that the Appellant does not have sufficient cash flow and has been irregular in the payment of salaries and wages of employees and workers as well as in depositing the amounts deducted from them towards the EPF and the ESIC contribution. We realise the hardship faced by the workers due to delay in payment of their wages. We also feel concerned about the fate of workers who have died or retired and have not received their legal dues. We are also aware that EPF and ESIC organisations have their policies for recovery of arrears of EPF and ESIC dues over a period in case rehabilitation schemes are sanctioned by BIFR/AAIFR. Keeping in view of the essential need of fairness to workers, without jeopardising the preparation of a workable rehabilitation scheme for the appellant company, we order –

Hence, the Judiciary has been very active from the very beginning in giving justice to those employees who have been denied their Provident Fund. ‘But, the question arises here is that what is the basic remedy available to the employee of any Company if his Company does not pay or delays his Provident Fund before seeking remedy from the Apex Court.’ To answer this question, the legislature has enacted a very beneficial law to protect the employees who are subjected to non-payment of Provident Fund amount. The employee will get the benefits of the Provident Fund scheme if his wages were subjected to the authorised deductions provided under Section 7(2)(i) of Payment of Wages Act, 1936 as aforementioned.

Section 7B of the said Act provides: Review of orders passed under Section 7A

Though employer is at fault, the Act purports that employee needs to be cognizant if he is subjected to non-payment or delay in receiving Provident Fund amount by providing Section 7A and Section 7B.

Another provision which focuses the remedy given to the employee in case he is working in any Company is Section 14A which provides for Offences by companies:

It was observed in Ralliwolf Limited v. The Regional Provident Fund Officer [10]that “the measure was enacted for the support of a weaker sector viz. the working class during the superannuated winter of their life. The financial reservoir for the distribution of benefits is filled by the employer collecting by deducting from the workers’ wages, completing it with his own equal share and duly making over the gross sums to the Fund. If the employer neglects to remit or diverts the monies for alien purposes the Fund dry and the retirees are denied the meagre support when they most need it. This prospect of destitution demoralises the working class and frustrates the hopes of the community itself.”

The point that should be mentioned here is that Constitution of India under “Directive Principles of State Policy” provides that the State shall within the limits of its economic capacity make effective provision for securing the right to work, to education and to public assistance in cases of unemployment, old-age, sickness & disablement and undeserved want. The said Act was enacted by the Parliament of India and came into force with effect from 4 March 1952 as part of a series of legislative interventions made in this direction. Presently, the following three schemes are in operation under the Act:

Hence, in the case of non-payment or delay of Provident Fund amount, an employee has been given remedy under Employees Provident Funds & Miscellaneous Provisions Act, 1952 which is a social legislation aiming at providing financial security to the employees after completion of their service.

The Ministry of Labour and Employment, Government of India, has recently made few amendments in the Employees’ Provident Fund Scheme, 1952 (PF Scheme). These guidelines are mainly related to ‘early withdrawals from Provident Fund & provisions related to PF withdrawals. These latest EPF withdrawal rules are effective from 10 February 2016.

Amendments are related to;

It is concluded that every employee has a right to avail Provident Fund amount from the company if he has contributed to the Provident Fund by seeking the remedies available in labour law legislations viz. Payment of Wages Act, 1936; and the Employees Provident Fund and Miscellaneous Provisions Act 1952.

It was observed in N.K. Jain & Ors v. C.K. Shah & Ors [12]that “the concept which prompted the Legislature to enact this welfare law should also be borne in mind in the interpretation of the provisions. Chagla, C.J. in Prakash Cotton Mill. (P) Ltd. v. the State of Bombay, [1957]2 LLJ 490 observed as under: “no Labour legislation, no special legislation, no economic legislation, can be considered by a court without applying the principles of social justice in interpreting the provisions of these laws.”

An employee should seek the redressals purporting to the abovementioned legislations as their right and then only socio-economic goals aimed by the Constitution can be achieved with full justice to the working class.