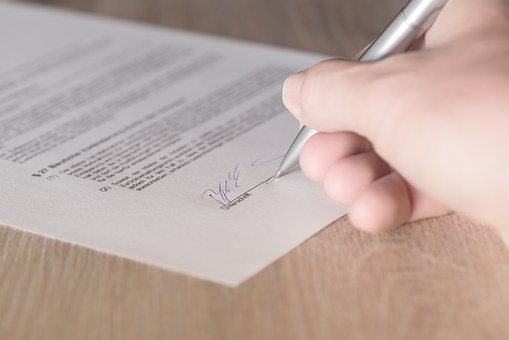 In this article, Yash Kansal discusses Enforceability of Specific Performance of Contract.

The Law of Specific Relief in India was originally codified by Specific Relief Act, 1877. The provision of this enactment was considered by the Law Commission in its Ninth Report which was later replaced by the present act of 1963. The Specific Relief Act, 1963 deals with the remedies granted at the discretion of the court for the enforcement of individual civil rights. In case of breach of contract, the general remedy available to the aggrieved party is compensation or damages of loss suffered. For this, a civil suit is filed against the guilty party who had made the default in performance of its duty or obligation as per the terms of contract under the statutory provision of Section 73-75 of Indian Contract Act 1872. However, sometimes pecuniary compensation does not satisfy the plaintiff so he may ask for specific relief. For example if somebody unlawfully dispossess a person without his consent having peaceful possession over the property then specific relief may enable him to have the possession of same property instead of claiming pecuniary compensation.

The act provides the following kinds of Specific Relief

Specific performance means enforcement of exact terms of the contract. Under it the plaintiff claims for the specific thing of which he is entitled as per the terms of contract. For example, if A agrees to sell certain shares to B of a specific company which are limited in number and after the payment made by B, if A refuses to sell the shares then B is entitled to recovery of those shares.

According to Section 10 of Specific Relief Act 1963 in the following conditions specific performance of the contract is enforceable:

In Case of Ram Karan v. Govind Lal [1], an agreement for sale of agricultural land was made & buyer had paid full sale consideration to the seller, but the seller refuses to execute sale deed as per the agreement. The buyer brought an action for the specific performance of contract and it was held by the court that the compensation of money would not afford adequate relief and seller was directed to execute sale deed in favour of buyer.

Similarly, it was held by the court where the part payment was paid by plaintiff and defendant admitted that he had handed over all documents of title of property to the plaintiff. Sale price in an agreement is not low and defendant had failed to establish that said document was only a loan transaction then the agreement is valid and defendant is liable to perform his part (M. Ramalingam v. V. Subramanyam)[2].

Contracts which cannot be specifically enforced

According to Section 14 of Specific Relief Act 1963, there are certain contracts which cannot be specifically enforced and these are:

However, Section 14(3) contains certain exception and the following kinds of contract are specifically enforceable