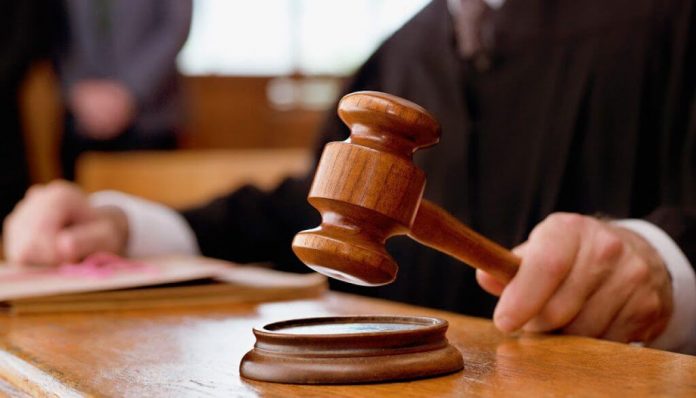 This article is written by Srilakshmi S P, a student of JSS Law College, Mysuru. This article explains the job of a judge who is respectable and admired in India and the eligibility to be hired as a judge coupled with duties and responsibilities.

Judges play a vital role in interpreting the sections of the statutes and articles of the Constitution. A judge is a person who can exercise and enforce laws within a limited jurisdiction. They hold the public office vested with the authority to hear, determine and preside over legal matters brought into the court of law. The term ‘Judge’ is defined in many statutes such as the Code of Civil Procedure, Indian Penal Code, Code of Criminal Procedure. Judges ensure that there is a fair trial and the verdict is delivered at the end of the case. Judges protect the dignity of the court in society without any bias and dicey situation.

Eligibility to become a Judge

The common criteria to become Judge are:

Eligibility of persons to appear for the exam

To become Chief Justice of India

Article 124(2) of the Constitution of India provides for the appointment of CJI.

Article 124(2) of the Constitution of India provides the appointment of the Supreme Court Judge.

Article 217(2) of the Constitution of India provides the appointment of High Court Judges.

Bar Council of India and all the State Bar Councils have strongly favoured 3 years minimum experience at the Bar to be prescribed for being considered eligible to sit for a Judicial Service Exam. The Andhra Pradesh Public Service Commission has notified the same on 3-12-2020 and the notification has been challenged in the Supreme Court of India through a writ petition.

The role of a Judge

Court’s inference in a judge’s role

The Supreme Court in this case showed judicial innovation which showed that the judges leave their footprints on the sands of the nation’s legal history. A judge should be prepared to receive light from whatever source it comes from, build up its jurisprudence, evolve new principles and lay down new norms which would adequately deal with the problems which arise in an industrial economy.

Ram Murthy Yadav v. State of Uttar Pradesh and another 2019

The Supreme Court in this case held that during discharge of the judicial function, an error of judgment in deciding a criminal case will not lead to an inference of dishonesty or lakh of integrity. Only if it is found that the judgement was based on capricious grounds, vitiated by malafides, overlooks relevant materials, could there be limited scope for interference. Judicial service is not like any other service. A person discharging judicial duties acts on behalf of the State in the discharge of its sovereign functions. Dispensation of justice is not only an onerous duty but has been considered as akin to the discharge of a pious duty, and therefore, is a very serious matter. The standards of probity, conduct, integrity that may be relevant for discharge of duties by a careerist in another job cannot be the same for a judicial officer. A judge holds the office of public trust. Impeccable integrity, unimpeachable independence with moral values embodied to the core are absolute imperatives that bring no compromise. A judge is the pillar of the entire justice system and the public has a right to demand virtually irreproachable conduct from anyone performing a judicial function. Judges must strive for the highest standards of integrity in both their professional and personal lives.

It was held that a judge’s public fiduciary obligation towards the citizen includes a duty of loyalty, duty of care and the cluster comprising the duties of candour, disclosure and accounting. And it includes remaining impartial towards the litigants before them. The duty of care includes the expectation from judges to fulfil their responsibilities with reasonable diligence and to engage in reason-based decision making. The duty of disclosure and accounting includes maintaining judicial transparency and judicial honesty.

Benefits and allowances for Judges

Each Judge from higher courts and subordinate courts are eligible for benefits and allowances which are determined by the Parliament and State Legislature from time to time. Some of the benefits are:

Employment opportunities for a Judge

The judges act as presiding officers of the court to adjudicate the matters pending before the Court of law during their serving period.

After retirement, the job roles of the Judges are depending on their last served cadre of office.

Restriction of employment opportunity for judges

First Law Commission,1955  made some recommendations in the report that:

Article 233 of the Indian Constitution provides for the setting up of AIJS. The main aim of constituting ALJS is to fill the vacancies in the judiciary and to settle the pending cases. But it faces many constitutional obstacles. The main advantage of the AIJS is that the more judges will be appointed as per the population ratio, there will be higher representation of the marginalised sections of the society, abled and accomplished persons will become part of the higher judiciary, it reduces corruption and nepotism in the judiciary. Some of the disadvantages are the basic idea of federalism will be violated as provided in the Constitution, which causes a language barrier as India is a linguistic country. The article does not provide for the appointment of judges through ALJS below that of a district judge. And lastly, the High Courts lose the power of controlling subordinate courts which affects judicial independence.

Thus becoming a judge is a prestigious and esteemed position in society. And it is also the best mode to serve the country by upholding the laws and Constitution of the country. The evolution of the judicial decisions in the recent past according to the facts and circumstances of the cases to the changing society have made a greater impact on building an honourable position of the Judges. By making difficult and suitable decisions the judges have retained the spirits of the people in the society.

How to build a professional network

How to write application essays for college, scholarships and graduation school