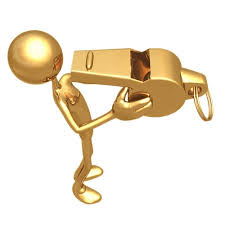 This post is written by Utkarsh Agrawal, currently studying in NUJS, Kolkata.
It is in the best interest of any country to reduce fraud, misconduct or illegal activity, which exists inside the country. Citizens can play a significant role in facilitating In the detection of such activities, by whistle-blowing. However, establishment of an effective whistleblower system may require appropriate incentivisation and protection for the whistleblower. An ideal whistleblower policy should:

a. Establish a simple procedure for disclosure
b. Incentivize the whistleblower
c. Protect the whistleblower against retaliation
d. Address both concerns raised internally and externally
e. List a fair method of investigation
f. Create a special body to enforce the policy

Problems with the Whistleblower Act

The Indian Parliament was passed the Whistle Blowers Protection Bill (“Whistleblower Act”), 2011 received President’s nod on May 9 and was notified on May 12, 2014 as a step against corruption. It is supposed to complement the RTI Act and empower people to address corruption and malpractice. However, most of the standard provisions have been left out. For example the Act does not include maladministration as recommended by the Law Commission (also present in similar acts in UK, US and other countries). Therefore the bill has been plagued with serious deficiencies and is expected to fail to cause an impact.

Limited to cover only public servants and not ministers:

Instead of empowering the CVC to root out corruption and maladministration from all levels of the Government, the Act has limited the power to public servants. Therefore, politicians (ministers) continue to remain out of grasp of the “any other person). Since the ministers are at the top of the hierarchy and control the working of entire departments, this is a serious lapse.

If it is in a country’s best interest to support whistleblower, she should first incentivize it. This will encourage people to turn whistleblowers in the future. Further, whistleblowers will be at a risk of victimization cause of their disclosures and must be compensated for the same.

No time limit for inquiry:

In a country notorious for inordinate delay in proceedings, the Act fails to limit the time available for the CVC to complete the inquiry. This allows the CVC to drag on the inquiry for years, which may find the whistleblower being victimized. Further, continuous delays in inquiry will dilute the impact of the bill to deter mal-administration.

Limited the protection against retaliation:

The Act does not define Victimization and does not specify the punishment for it either. This is a serious deficiency as there is little or no safeguard for the whistleblower. Further there is no provision to protect the whistleblower or witness during the investigation or trial.

Therefore the only protection available to the whistleblower is that his identity is hidden. However, the Act allows the CVC to reveal the identity if it feels that it is necessary to do so. Also, false complaint has a strict penalty of imprisonment extending upto 2 years and fine upto Rs. 30,000.

No provision for anonymous complaint

There is no provision for anonymous complaints. While the same may prevent frivolous complaints, it will be at the very high cost to the Government, as it will prevent a lot of genuine complaints. Further, the power of the Act to deter such corruption will also be highly magnified for there will be no scope of victimization. The alleged public servant shall have to fight against the mechanism of the State as opposed to a meek individual (whistleblower). The State should find another way to deal with frivolous complaints, maybe by developing an efficient method to screen complaints. Taking away the provision for anonymous complaint complicates the process of whistleblowing and discourages people from coming forward with their complaints.

No power to punish the public servant

The power of the CVC is limited to recommending action against public servants to their concerned department and cannot directly purse action against them.

It is essential to take a relaxed and protective approach in drafting the whistleblower policy for it lies in the best interest of the Country. The process of investigation and of judgment may be created in such a manner as to prevent injustice even though it may be complicated. However, it is of utmost importance to take a liberal view and establishing simple procedure for reporting of concerns by whistleblowers.

The Whistleblower Act is thus merely a statutory confirmation of the 2004 Government Resolution, which empowered Central Vigilance Commission (CVC) to take steps to protect whistleblowers. The resolution has been proven inadequate and attracts less than five hundred complaints in a year. Therefore, this Act is expected to make no significant difference. 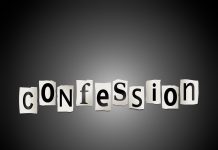 All you need to know about recording a confession 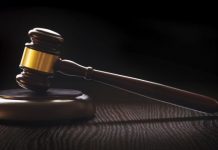 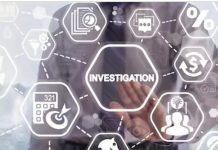 All you need to know about a closure report