This article has been written by Yamini L, from the Government Law College, Chengalpattu.

There is almost no area of life that has not been affected by the pandemic of coronavirus outbreak and white-collar crimes and its enforcement is no exception. This article gives an overview of white-collar crimes that are happening at the time of COVID-19 and analyses the risk of fraud that companies experience during COVID-19 as well as the difficulties that law enforcement agencies face both in resolving these concerns and in advancing investigations. The article concludes with some suggestions and possible ways to prevent such crimes.

Our biggest concern at the time is COVID-19. This pandemic has impacted many crimes and illicit economies. There are many changes that took place in crimes like terrorism, street crime, online crime, illegal markets and smuggling, human and wildlife trafficking, slavery, robberies and burglaries. During the global initiative against transnational organized crime, it was mentioned that this pandemic will lead to a decrease in organized criminal crimes but it will increase the crime rate in the organised criminal economy. Further, it also analysed that these changes may last for a long time.

White-collar crimes during the pandemic

Looking into the other side of the coin. This pandemic created a platform for a particular group of white-collar criminals to score their numbers.

The first issue is counterfeiting and fraud. Many cases were uncovered all over the world regarding the counterfeiting of surgical masks. During Operation Pangea, a INTERPOL operation targeting the online sales of counterfeit illicit medicines and medical devices, the law authorities seized nearly thirty-four thousand counterfeit surgical masks in the beginning of March 2020 itself. In India, the police were seizing thousands of fake N95 masks around this pandemic. Crimes like hoarding essential goods, selling masks and sanitizers for over price are also found widely. People are using this time of need as an opportunity to earn money.

The term meaning “Hoarding” is the purchase of a large number of commodities with the intention to sell it in future when it is understock or not available in the market at a higher price. We can say this as a kind of monopoly over the market when people do not have any option to purchase the same commodity with another buyer due to a shortage of the same. Some examples of hoarding during this pandemic is the hoarding of masks and sanitisers.Price gouging occurs when a seller increases the prices of goods, services or commodities to a level much higher than is considered reasonable or fair. Usually, this event occurs after a demand or supply shock. Common examples include price increases of basic necessities after natural disasters. In precise, legal usage, it is the name of a crime that happens mostly during civil emergencies.

There have been numerous reports of price gouging over the time of COVID-19, which includes selling a product or service at an unconscionably high price due to a significant increase in demand mostly in response to a natural disaster or another emergency. Local and state authorities have also started to resolve concerns and cases regarding price gouging by sending cease and desist notices, enforcing fines and even making arrests. We can very well use the example of the rise of price in oxygen cylinders.

They were sold for Rs.100-150 per cylinder but at the moment the cost per cylinder is Rs. 500-2000. Cylinders that are sold in the private market cost nearly Rs.3000. Another current example is price gouging of Remdesivir ( the drug that’s been injected for treatment of covid-19) which is now nearly sold for Rs.10000.

The next biggest issue right now is the increase in cybercrimes. Since people have so much time on their hands during this quarantine and also because of an increase in work from home systems they use most of their time online. Cybercriminals are using this time to loot their victims. Since people’s personal computers do not have as much security as office computers, during the process of work from home, corporate data is being stolen from the employee systems.

The World Health Organisation even published a warning notice about the fraudsters who imitated the WHO employees to extort money from people. There was even an attempt to sell the blood of a corona infected person on the dark web. In America, the government allotted money to the unemployed during this pandemic and it was found that millions of that money were going into fraudulent accounts. Later the authorities found out that this was done by Nigeria based cybercriminals.

Common cyber-crimes such as phishing have been increased in a large amount. Phishing is where the criminals induce people to reveal personal information such as passwords and credit card numbers through fake emails, websites or phone calls. When Google made a report on the number of phishing websites found on the internet, it was found that the number increased from 149 thousand to 522 thousand in three months. Malware such as viruses, trojan horses, spyware, ransomware was also being used to invade, damage and steal the personal computers of people. The bank accounts are being hacked and blackmailed in exchange for ransoms. In foreign countries, hospitals are targeted which blocks them from treating patients in time of emergency.

Another type of crime happening during this lockdown is promises for fake investment opportunities. Criminals are promising people about investment opportunities during this corona outbreak which would definitely bring them profit after the pandemic ends. People easily fall into the scam and invest a certain amount of money looking forwards to earn lots of profit in the future. There are many such cases reported in the United Kingdom. In the case of insurance scams, let me give an example: the central government has announced special insurance of 50 lakhs for front line covid warriors. But according to the data, only 287 people have benefited from the insurance. Even though there have been more than 800 deaths in the past year, only 120 people have been listed under death by COVID-19.

This pandemic brought no change among the organised criminal groups who supply drugs to the general public. The only notable change is that the mobility of drugs was decreased and the dealing had been moved to the home delivery process. Around the world substances, mainly cocaine and heroin were reported to be cut in such a way that supplies could last longer whereas different methods were reported to be concealed by street dealers to circumvent quarantine laws, to carry these substances in shopping carts since only shops are allowed to be open or in taxis to escape police inspections of private cars and to use public transport for a fast sale of drugs. Governments all around the world have started to take steps to strengthen police operations and international cooperation against drug trafficking and organised crime in general. Confiscation of drugs has been occurring both domestically and internationally.

Enforcement of WCC during COVID-19

This COVID-19 took a tremendous toll on the economy of every affected country. Law enforcement is also not immune from the effects of the pandemic. Normally, law requirement isn’t insusceptible from the impacts of COVID-19, and there might be sensational changes in how the administration draws near and organizes the enforcement of white-collar crimes. We can already see that the ability of the government to investigate and prosecute white-collar crimes have already been affected. In the case of police and other authorities they cannot draft a search warrant and visit and search the business as before since now there is a risk of virus infection. Since they cannot conduct a knock and talk interviews with the witnesses and the offenders the possibility of prosecuting them becomes very low.

The courts are also not functioning properly due to the risk of COVID-19. The parties are not able to respond to subpoenas on time which slows down the ability of law enforcement to investigate the cases. Even though there are online proceedings and video conference technology, it cannot be used in highly sensitive plea negotiations and all which will eventually lead to delay in proceedings. And also, corporate companies do not wish to discuss their confidential financial information over technology and systems which are not properly encrypted or secured.

While we are worrying about the scams during the COVID-19, we forget to think about the larger risk that is waiting for the world in the future. It is predicted that there’s going to be millions of scams in the economic sector after this pandemic gets over. There’s going to be many fraudulent claims filed to the government as well as insurance companies. We can also expect a large increase in corruption and exploitation cases from the government and politicians of our country. The unemployment rate will increase simultaneously since the companies need time to get back in course from the huge economic downfall during the pandemic. The increased risk of corruption associated with coronavirus and the attention given to it means that companies participating in the international economy, particularly those in the health care sector, should prepare for increased scrutiny by enforcement authorities when the pandemic subsides.

This Act gives power to the government to issue orders for controlling the sale and purchase prices of essential commodities. After many cases of price gouging and hoardings, they added masks and sanitisers under the Act. The price for these goods was also fixed later. The Ministry of Consumer Affairs advised the state government to take measures to maintain the demand and supply balance of sanitisers. Contravention of orders under Sec 3 is a cognizable offence that can lead to imprisonment up to seven years or fine.

The Prevention of Black Marketing and Maintenance of Supplies of Essential Commodities Act, 1980

This Act prohibits the participants to indulge into black marketing or hoarding transactions by its provisions under which there are provisions for punishment against such persons who commit the same. This Act empowers the state government or central government or an officer of rank not below the Joint Secretary representing centre or state government. In a case there is a reason to believe that a person is committing an action against the provisions of the Act, such a person shall be detained. This Act also gives the similar power of district magistrates and commissioner of police to take any action against such participants.

The type of crimes mentioned above is not new to society but during this time of confinement, the criminals are using the fear among the people for their benefits. This fear is providing many opportunities for criminals to take advantage of the situation and make money out of it. We can see that these crimes are particularly targeting the vulnerable side of society. This represents a high degree of organizational versatility by organised crime organisations capable even in the face of such a sudden global crisis. An international collaboration between law enforcement, investigative and judicial agencies is the key in fighting such crimes and organised groups in the time of the global pandemic. 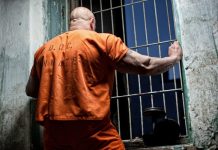 COVID-19 and situation of prisoners 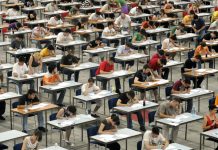 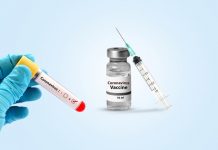