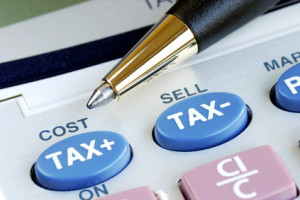 This article is written by Narendra Mohan, a student Faculty of Law, Lucknow University

The Companies Act, 2013 has introduced a new regulatory authority under Section 132 for financial reporting known as National Financial Reporting Authority (NFRA) which has wide powers to recommend, enforce and monitor the compliance of accounting and auditing standards. The Companies Act, 1956 empowered the Central Government to form a Committee for recommendations on Accounting Standards, which is National Advisory Committee on Accounting Standards (NACAS). This is now being renamed with enhanced independent oversight powers and authority as National Financial Reporting Authority (NFRA).

Before the passing of companies Act, 2013 the account & audit actions were regulated by the world’s 2nd biggest accounting body ICAI but through the Companies Act, 2013 a quasi-judicial body named National Finance Reporting Authority of India (NFRA) which is the renewed form of NACAS also empowered with the account & audit regulation power. Therefore, the issue of distribution of power as to the audit & account regulation between NFRA & ICAI is very debatable between both the authorities.

The NFRA by the virtue of new company legislation is empowered with various powers like suo moto investigation in case of professional misconduct, recommendation to government about formulation of accounting and auditing policies and standards, imposing penalties, debarring members of the institute etc. All these powers are also entrusted to the ICAI by virtue of Chartered Accountant Act, 1949.

Now the question arises as to who is the account and audit regular of India? On this question Mr. Sachin Pilot, the then Union Minister for corporate affairs had stated that

“NFRA and ICAI shall co-exist and NFRA will be the overarching body, with large canvas to operate. NFRA will be a nodal agency for financial reporting with quasi-judicial powers and the power to suspend auditors.”

But is it possible to say that two largest body made by the government will co-exist? Let’s have a look to the points on which these two authorities can collide:

NFRA is entrusted with a step up power from ICAI, which is to punish the audit firm also which ICAI cannot exercise. ICAI is empowered to punish only individual not the firm. As shown in landmark accounting fraud case of Satyam computer in 2008 in which the audit firm which prepares the fraudulent company accounts were never booked and only the partner who signed the accounts sheets was booked. Therefore, the NFRA is the body which can book the audit firm also for their misconduct in relation to the profession.