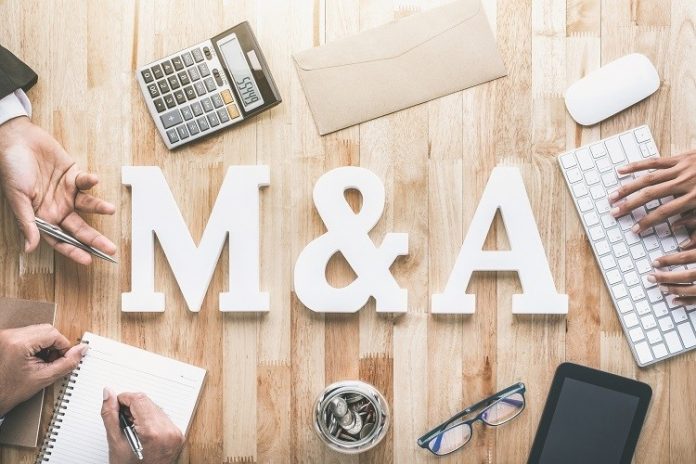 The article has been written by Kunal Dodeja, pursuing a Diploma in M&A, Institutional Finance and Investment Laws (PE and VC transactions) from LawSikho. This article has been edited by Zigishu  (Associate, Lawsikho).

The coalescence of two or more firms, entities, companies that may or may not be similar in size results in a merger. Wherein one such entity which has merged into another entity ceases to exist. Thus, all the assets and liabilities of the ceased entity are automatically transferred to the surviving entity either through a direct or statutory merger. There is another type of merger that does not lead to the cessation of an entity but in turn, makes that entity a subsidiary of the parent company. However, in the eyes of the public, it may seem that the target company is operated by itself under its own name, but the reality is that it is controlled, managed, and owned by the acquirer. As per the statutory route if two or more entities are coming together to incorporate a new entity then it is not technically a merger as a merger would also include all the legal entities which are dissolved or consolidated at the time of formation of a new entity which would have its own new name. The shareholders in a merger transaction exchange the shares held by them in the target company with the new company.

Today in the marketplace the most preferred strategy for firms to grow, expand and strengthen their position in their domain and make their presence felt is via mergers and acquisitions. In the recent past, we have seen a rapid and exponential growth in mergers and acquisition transactions,  regardless of the size of the firm – whether big or small. As per an academic research study, whenever a company gets merged or acquired, the value created by the shareholders created via the merger directly goes to the target entity and not the acquiring entity. We have also seen that the acquirers in such a transaction usually pay a premium ranging from 10% to 35% of the enterprise value to the target entity. On one side of the coin, the merged entity in almost every merger transaction gets benefits from the transaction but on the flip side of the coin the acquirer fails to achieve, whether in the short or long run, the desired benefits. In the recent past, there was a transaction where Gilead Sciences Inc had announced that they would acquire Immunomedics Inc at a price of $21 billion. $88 price per share was agreed to be paid by Gilead to Immunodmedics which resulted in a premium of a whooping 108%. Post the announcement, the stock price of the target company sky-rocketed whereas the stock price of the acquiring entity had a downfall of over 5% following days. The result and impact of this overpaid transaction still remain to be noticed.

Why do acquirers overpay?

Why do acquisitions fail? Why can’t the acquirers achieve the anticipated and desired results? The reasons could be many but one such major reason is overvaluation or overpayment to a target entity. The acquirers typically share the anticipated and expected benefits or advantages or synergies resulting from the acquisition with the target entity in the form of a premium. Overvaluation often results in paying high premiums on the actual value. Overstating synergies often results in the overvaluation of the target entity. This makes acquirers vulnerable in the case of cash transactions as the risk of realizing synergies is assumed by the acquiring entity. In the event of economic expansion and especially when the market valuations are high the acquirers always tend to overvalue their targets. Even when the market is in an upward direction and is a bull market, the valuations on the transaction increase by multiples leaving no adjustment, which ultimately leads to overvaluation.

What about inflated synergies? Do they increase the valuation? Yes, they do! Further, the presence of competitors in certain industries may push acquirers to make a decision on acquiring the target entity on an urgent basis by paying more than their actual worth. But what about management? Does it also have any role to play in this overvaluation? Yes, it does. Their overconfidence which may be biased could also be one of the reasons for overvaluation. The solution to this is to get the valuation exercise done from an external advisor, who would carry out their own review process as per industry standards and develop an unbiased report which would help acquirers from over the cloud expectations. In today’s time, it is very challenging to accept one’s own biases but there is no denial on the fact that a formal and unbiased decision-making process would help to a great extent.

What really drives the synergies between the parties? Why do acquirers keep overestimating? Why do most acquirers overvalue the resulting synergies? Sharing of capabilities, abilities, forecasts and opportunities, the economics of scope and scale and adoption of best available practices and many more factors of like nature are the sources of synergies. It is to be noted that an accurate and precise estimation of synergies is extremely important and essential and even a minor variation can immediately influence valuation, and in turn, the outcome of the acquisition. Whenever any entity is looking for potential in a deal, they always tend to focus on cost synergies as they are easier and more straightforward to estimate than revenue synergies. Revenue synergies are more challenging and not as easy to evaluate and usually take long hours to capture. So, what do revenue synergies depend on? Well, they depend on the potential of growth in the industry along with the competitiveness of the acquiring entity. So, in order to increase the chances of success what does the acquirer really need to do? First and foremost,  the cost synergies could be realized relatively more straightforwardly and could be outside the benchmarks of the industry and be used routinely for estimation. In some scenarios, it could also be related to the reduction of cost and in some other scenarios, an increase in cost could also be incurred to achieve the projected synergies which should not be neglected. Lastly, it is very important for the managers to be realistic to understand the timelines for realizing cost synergies.

Let’s understand the challenges around revenue synergies. Well, these synergies are typically and entirely under the control of acquiring entities. Announcements pertaining to acquisitions often involve revenue synergies as the strategic rationale including expansion to new markets through new product offering and to access target customers across the globe. However, a significant impact on the value would be derived from not realizing revenue synergies. It is a common assumption among the acquirers in relation to market share, and pricing may contravene competitive realities and market growth. It is practically impossible for an acquirer to determine the change in pricing strategies of the competitors upon completion of an acquisition.

What if the market is not favourable? Then in such a case, the only way out for any acquirer will be to obtain market shares from its competitors. Hence, relying typically on and only on revenue estimates which are inflated could reduce the target valuation reliability and revenue synergies benefits. In addition to this, negative revenue synergies which result from a loss of focus on the existing business should not go unnoticed as time is spent on integration and in achieving expected synergies. Is there any loss to the merging entity? Yes, they might lose combined customers. The other thing that acquiring firms should consider is the sensitivity around their assumptions in relation to pricing, recovery time and market share of the revenue synergies.

Apart from overpayment/overvaluation let us also quickly understand a few other factors  which could be a potential risk to an acquirer:

Today, in the marketplace, the most preferred strategy for firms to grow, expand and strengthen their position in their domain and make their presence felt is via mergers and acquisitions. In the recent past, we have seen rapid and exponential growth in mergers and acquisition transactions. No matter the size of the firm – whether big or small. So, when does a merger and acquisition event occur? They get triggered when the economic growth is at a sustainable level, when there is a downfall in the interest rates and when the stock markets are rising. Every merger wave has brought with it specific developments contributing largely to new technology, focusing on specific industries such as services, financial, oil, rail etc. The wave has also brought with it new sets of regulations and modes of transactions.

Sustainability of cross-border mergers and acquisitions