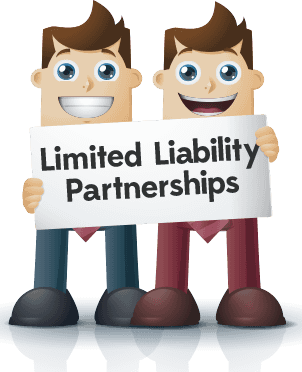 In this article, Gyandeep Kaushal pursuing Diploma in Entrepreneurship Administration and Business Laws from NUJS, Kolkata, discusses the reasons why VCs refrain from investing in an LLP.

In the recent past, India has seen as a boom in the number of startups. For any startup trying to achieve success for its business, one of the most difficult decisions to be made is the choice of legal entity in which the enterprise should be structured. The vehicle on which the enterprise will run goes a long way in determining the success and future of the same. Entrepreneurs are faced with several options in legal entities in which they can have their enterprises formed for long term business activities. They can incorporate the venture into a corporation, more often known a company, an LLC, a partnership or an LLP.

Besides choosing the right kind of vehicle on which the business must be run in the future, another challenge faced by entrepreneurs is how to raise funds for their business. Thus, in this submission, we are going to discuss basically the interplay between raising funds for a business and choosing the right vehicle for a business. Before moving on to discuss the reasons why VCs do not invest in an LLP, it is imperative that we discuss what do these two key terms mean.

What is an LLP?

An LLP is a hybrid business structure which offers the operational flexibility of a partnership vis-à-vis the advantages of limited liability and separate identity of a company. Thus, an LLP is a blend of the advantages of both a general partnership as well as an incorporated company. The compliance requirements of an LLP, although is slightly more than that of a general partnership, is still much less than what is required for an LLC. An LLP is more suited to small businesses that are not looking forward to getting burdened by the tax compliance requirements of a corporation.

An LLP, much like a corporation can continue to exist despite the outgo and incoming of any partner. In that, an LLP has perpetual succession like a company. An LLP has a legal entity separate from its partners and is liable to the full extent of its assets. However, unlike a general partnership, any liability of the partnership in case of an LLP cannot reach its hands to the throats of the partners to any more than the extent to which the partners have agreed to contribute in the LLP. Thus, in case of an LLP, partners have what may be looked upon as some kind of protection, unlike in general partnerships where partners are personally liable and creditors can have claim to even the personal assets of the partners.

What is Venture Capital?

The above paragraphs dealt with the first concern that is, what structure should be chosen for a venture. Now, let’s discuss the second concern, which is – how to raise capital/funds for the venture. Now, any venture is basically faced with the options of bank loans or other means such as angel investments, venture capital investments or public issue of securities, in which case a company needs to be a public company and needs to be listed on a stock exchange. Now, coming on to venture capital, these days it is one of the most famous ways of having a startup financed for quick growth. Venture capital generally is a pool of fund made by investment banks, big investors and other financial institutions. Venture Capital is basically a financing mechanism through which startups and other small businesses get funding. Investors keep an eye for startups that show the capacity of quick and high growth in the future. Venture capitalists understand that out of every 10 startups they fund, two might fail, two might be successful and the other six might show average growth. However, they scope out to make the two successful startups keep the balance against the other eight in their favor. Venture capital shall be discussed in more detail while discussing the reasons why they don’t like investing in LLPs.

Now, as the topic of the assignment says, Venture Capitals or VCs don’t like to invest in Limited Liability Companies or LLPs. There are several reasons for this.

Investors like to invest in business structures which are tried and tested. While the corporation has been there for decades, the Limited Liability Partnership structure is one which is of recent origin. Even in India, the act that governs LLPs, the Limited Liability Partnership Act, 2008 was only notified on March 30, 2009. Hence, because investors have spent relatively much lesser time with this structure, they tend to go with more trusted business structures and end up favoring the corporation over anything else most of the time. As we know, it takes a lot of time and effort to make a decision regarding whether or not to invest in a particular venture, after analyzing its growth potential, associated risks etc. Thus, no investor would like their position and money to be put on stake by enhancing the risks by investing in an unknown business structure.

It is a fact that LLPs are governed by their LLP agreements. This makes it possible and possible for LLPs to bring in clauses in the agreement order to fix time limits for the duration of the business. Thus, if there is such a provision in the agreement that allows an LLP to come to an end, LLPs can choose to get wound up or have their names struck off from the name of the LLPs after the fixed time limit in the agreement has elapsed or the purpose or objective with which the LLP was formed has been realized. Since gaining returns on an investment can be a lengthy and time taking thing, investors are more often particular to not invest in ventures which might cease to exist soon.

It is known for a fact that in LLPs, unlike general partnerships, any claim on the venture cannot reach its hand on the partners’ neck beyond what they have agreed to contribute in the business. For instance, if a partner has agreed to contribute Rs. 10 lakhs and has paid Rs. 7 lakhs, on a claim on the LLP, the partner cannot be compelled to pay a penny beyond Rs. 3 lakhs (the remaining amount). And if the claimant’s claim is still not satisfied, he cannot compel the partner to pay beyond the remaining amount. The immediate implication of this fact is that there is less security of the money invested by a VC in an LLP because the money that they will be investing might up end in the managing partner’s own pockets and the investors shall not be left with much legal recourse to contest. For this reason too, VCs prefer private limited companies where the only mechanisms to extract capital from a company is either dividend or liquidation of the company and in each case, an approval from the Board of Directors is required. And it is a known fact that investors usually have much control on the Board, so this means that there is sufficient security for their money.

For corporations, audit is a must requirement. However, for LLPs, it is not. As per Rule 24 of the LLP Rules, 2009, any LLP whose turnover does not exceed forty lakh rupees in a given financial year or whose contribution does not exceed five lakh rupees, it is not mandatorily required to get its account audited. Only if the limits prescribed by Rule 24 is crossed, the LLP needs to be mandatorily audited. Startups as we know, do not begin with huge capital amounts and may be crunching for capital. This means that when startups begin, it is highly probable that their capital might not cross the requirements of Rule 24. What this means for an investor is that they will not be having their hands on any audit report. Before making any investment, it is highly advised for investors to conduct due diligence of the venture they are going to invest in. Since audit reports play a vital role while conducting due diligence, investors don’t have much confidence in startups which are structured as LLPs.

Investors do not only invest for quick money making. They are interested in seeing the business grow over the years while maintaining a stake in the same. On the other hand, LLPs are known to be a model unsuited for large businesses and is rather advised for professional service providers such as lawyers, accountants etc. Companies that have high growth potentials such as those working in the fields of technology or life sciences etc. are expected to be organized and structured as corporations and not as LLPs. Since such opportunities are capable of providing the financial returns VCs look forward to, they like to invest in corporations and not in LLPs. Businesses structured as LLPs can be a little disadvantageous for an investor who wants to see the business grow.

LLPs do not have any concept of shares, unlike the corporations. Investors usually like to look at an employee stock pool before they invest. While VCs are not forbidden from investing in LLPs and can secure an interest in the same, the safety as well as the return of their investment can be cleanly scoped out in the form of shares the concept of which only exists for corporations and not for LLPs.

In an LLP it is a must for all shareholders to be partners, while the same does not hold good in case of corporations. The outlook of VCs towards investment is usually that against the money they put in, they would like to have more control in the venture rather than getting burdened with more responsibilities. In an LLP, since every shareholder must be a partner, for a VC it means that they too will have to be a partner if they are willing to hold interests in the LLP. On the other hand, this is not a requirement in case of corporations where shareholders exercise much control on the Board of Directors and don’t have to essentially get burdened with responsibilities. In case of companies, VCs have more a sort of commanding position without much responsibility and this affects their interests in the long run.

It is possible to structure an LLP in a manner where one partner has more rights than another. Thus, unlike in corporations, the one vote per share system does not exist in case of LLPs. This means that despite having a majority share in an LLP, the position of the VCs can be compromised if they have less rights than the other partners.

Although LLPs have to fulfil lesser compliance requirements, this does not translate in saving LLPs from penalties. In fact, LLPs in case of non-compliance end up paying more fines than corporations. Due to this, VCs do not like risking their investments in LLPs.

While a VC can buy an interest in an LLP, the fact remains that LLPs cannot be listed on a stock exchange for the mere reason that they are not the same as public companies. What this means for VCs is one of their exit routs is cut off, condemning any deal with an LLP of any size. Companies are capable of providing successful exit events within the required time frame which VCs expect. Since VCs usually want to have a planned exit event (usually in the form of an IPO or an acquisition) within three to seven years, LLPs are not what they prefer.