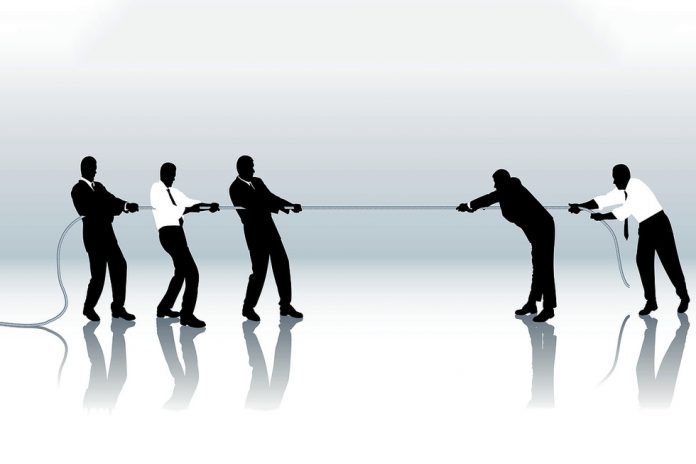 This article is written by Millia Dasgupta, from Jindal Global Law School. This article covers competition law in India.

With the increasing influence of international companies in our domestic market, the government is gearing itself up to impose regulations on these new players. As our competition regulatory policies evolve, competition law shall become an increasingly lucrative area for lawyers.

But after liberalization of the Indian economy, it had become more important that laws regulating competition were able to adapt to the various changes happening in the economy. Thus, a new Competition Act was enacted in 2002 to prevent adverse effects on competition. The Act was later amended by the Competition (Amendment) Act, 2007 where the government added a provision to regulate anti-competition agreements and abuse of dominant positions. A merger control provision would be added in 2011.

The CCI’s investigative wing is the Office of the Director-General (DG). The office has the power to investigate companies who abuse the Competition Act, this includes summoning people for investigation and receiving evidence on affidavit. If the CCI, on a bare look at the company, feels that there is a case against them, they shall direct the DG to investigate the matter. There is also the provision under the Company Act to appeal against the decisions of the CCI. One can appeal to the Competition Appellate Tribunal. In short, the Competition Act has been designed to promote competition, protect consumer interest and ensure freedom of trade, all against the backdrop of economic development for the country. The Act can be broadly divided into four compartments which are:

Acts that make the market volatile.

When a firm misuses the power they acquire when they are big players.

Companies or firms merge to create another entity. But if mergers cross ascertains threshold, they may become too powerful. The CCI regulates mergers to make sure that they do not cross any threshold.

Competition law and globalization go hand in hand. Globalization has revolutionized the domestic market and it has changed the laws which regulate the market as well. With globalization, business and the generation of capital has increased in leaps and bounds. Many MNCs are entering the market and are becoming massive players. It has thus become even more important to have laws in place in order to regulate the changes happening in the economy.

In 1991, India opened its doors to international players. Ever since liberalization, the legal sector has been evolving. This also means the workload it takes on is increasing every day. This includes cross border transactions. Because of the increasing popularity of high-risk transactions and the activity of other commercial nature, it has become even more important that lawyers are not only well versed with the law but develop the ability to understand commerce and business. Firms such as ‘Amarchand Mangaldas’ and ‘Luthra and Luthra’ started off by collaborating with international law firms and now they are competing with them. Because of their increasing global presence, lawyers who understand business are in demand and are being paid very well.

The growing presence of CCI

We are also seeing an increase in the CCI filing cases against big firms such as Amazon, Facebook and Ola. The CCI is also creating big waves in many markets and are fining many companies for anti-competition practices. An example is the CCI has imposed a penalty of Rs 6300 crores on the cement cartel, Rs250 crores on LPG Cylinder and Rs 630 Crores on DLF for abusing their dominant position. These fines have been making headlines since 2011 and are becoming more prominent in public knowledge. When such big cases are growing in popularity, efficient lawyers are going to and are becoming more in demand, not only to aid the CCI but to also defend these companies and guide them through the procedure.

Other giant companies such as OLA, Google and Monsanto and Ericsson are being investigated. Through this endeavour, the CCI is making its presence felt. A big indicator that competition law will become even more relevant is the 2020 Amendment Bill which was passed in order to capture the digital market and regulate big tech firms.

This shall be done through the implementation of a new merger control regime. Merger control is the regulation of companies mergers to form a new entity. In this new merger control regime, the deal value system will be followed instead of assets and turnover threshold. This was introduced because big tech companies may not earn much revenue in their initial years as they wish to improve their influence over the market. Thus, there might be companies who are powerful players in the market which do not cross the asset and turnover threshold. Deal value systems make sure these types of companies are not overlooked by the new regulation system.

With big cases such as the fine against Google and the investigations against companies such as Facebook for violating competition law, it has become even more important for companies to be aware of the rules and regulation of the competition law and abide by them as well. Companies such as Facebook have started to create their own team of specialists so that they do not face such litigation in the future. They also hire lawyers who are well versed in the nitty-gritty of competition law for their own economic interests, security and public image.

Firms who are big players in the market need some sort of in house counsel with regards to competition law. Hiring competition lawyers is also becoming popular in companies hiring from India. They wish for their legal department to be as well versed with new-age competition guidelines so that it does not become an issue later on.

With the legal market becoming so saturated, it is important for lawyers to find an area that is not only in demand but is niche as well. Company law due to the effect of globalisation and the growing presence of the CCI is becoming more in demand. It is also an uncommon area of law. Due to these qualities, it is a very lucrative market. I think young law students should definitely explore this area and find a career with it.