This article is written by Prateek Singh from the Institute of Law, Nirma University, Ahmedabad. This article talks about the World Intellectual Property Organisation, the history behind its existence to the present structure and mission that the organisation aspires to achieve.

WIPO, which stands for the World Intellectual Property Organisation, was formed on 14th July 1967 and it is headquartered in Geneva, Switzerland. This article will discuss the history of WIPO, how it took the shape into what it is now, what are the missions, functions, goals of WIPO and how it is working for the betterment of Intellectual Property rights around the world.

World Intellectual Property Organisation is an organisation based in Geneva and it works with the vision of encouraging creative activity and for promoting the protection of Intellectual Property throughout the world. WIPO is one of the 15 specialised agencies of the United Nations. Currently, there are 193 members in the World Intellectual Property Organisation. WIPO, at the time when it started, was originally about promoting the protection of intellectual property, but when it joined the United Nations in 1974, the objective was redefined as public interest or humanitarian goal. Article 1 of the key agreement establishing WIPO’s relationship to the UN restates WIPO’s purpose as: “for promoting creative intellectual activity and for facilitating the transfer of technology related to the industrial property to the developing countries in order to accelerate economic, social and cultural development…”

The World Intellectual Property Organisation is the oldest organization in the field of IP protection. Actually, it was created at the diplomatic conference in 1893.

WIPO works on a 5-year based planned format, the current 5-year plan which is running is from 2017-2021. WIPO makes strategic goals, Implementing Activities and Milestones for a 5-year term and they envision their growth according to that.

The strategic goal number 1 is to use IP assets to advance research and development(R&D) for neglected tropical diseases(NTDs), malaria, and TB through collaboration. The implementing activities for the same goal include establishing and maintaining the Special Programme for Research and Training in Tropical Diseases and others and this work shall be done in collaboration. Establishing new collaborations that can take care of the priority needs and which can provide assistance and support is a major part of the implementing activities, this will also require expansion in the number of company providers who can offer assets and support for the operations of WIPO. The milestones that are expected to be achieved are establishing at least eight new collaborations on an annual basis, preparing comprehensive IP management strategies for two or three partnerships per year.

The strategic goal number 2 is to accelerate the advancement of promising compounds or leads. The implementing activities for this include assisting collaborators for obtaining grants for donor agencies, this will help to accelerate the progress. The projects with high potential for the compound or lead will move rapidly to later stages of evaluation and they will be given the highest priority. The milestones to be achieved by this are connecting two to three partnerships or collaborations per year to relevant funding.

The strategic goal number 3 is to enhance global capacity for IP management and biomedical R&D. The implementing activities include supporting the capacity development of member organisations, providing them research fellowships at leading research centres for the same. Milestone for this goal is providing two to four training sabbaticals annually.

The strategic goal number 4 is to communicate the beneficial role of IP in innovation for NTDs, malaria, and TB. The implementing activities include increasing dissemination of information about the role of IP for R&D in NTDs, malaria, and TB. This is the technology-driven goal to combat the issues in hand. Milestones for this goal are to provide a user-friendly web page consisting of all the available resources which would help facilitate the formation of partnerships and update annually based on users’ feedback. This will also publish at least four articles in journals and magazines, it will also make at least six presentations in the subject matter meetings.

The mission of WIPO is to establish a comprehensive, well balanced and effective system for the protection and enforcement of Intellectual Property Rights. Article 1 of the agreement between WIPO and the UN in 1974 says that “to accelerate economic, social and cultural development”; this is a redefined version from what it earlier used to be and this happened because of the WIPO becoming a part of the UN and the UN works for a larger set of people and is dedicated towards the development of the global society.

Work towards gender equality- WIPO wishes to create an atmosphere where gender equality exists, where men and women are respected in equal measure and they hold important and decision making positions equally.  As a lead agency within the UN, WIPO has launched some initiatives which are targeted for awareness-raising, capacity building and leadership.

Leadership– International gender Champions Network is the name of the initiative taken towards leadership from women of the world. Launched in 2015 and at that time the Director-General of WIPO, Francis Gurry was one of the first people to join this initiative.

Another example of initiatives taken by WIPO for gender equality is strengthening data gathering on the use of the IP system by women, the annual data showing Intellectual Property Indicators and Patent Cooperation Treaty Yearly Review will provide the data on the gender dimension of international patenting activity.

A growing number of member states present more participation of women in WIPO as delegates and these women provide leadership even though in an unofficial capacity but they are remarkably successful. Women delegates from developing countries, especially from the likes of India and Argentina have proven to be instrumental in building consensus and promoting the developing agenda at WIPO.

The main functions of WIPO include:

WIPO Worldwide Academy has been preparing human resources in the field of IP protection since 1998. This academy provides a distance learning centre where you can gain knowledge with the help of the internet. WIPO Arbitration and Mediation centre were created in 1994, it helps in settling/resolving conflicts.

Berne Convention– It started with a campaign by a French writer Victor Hugo, the aim behind it was to give the creators their right to control and to receive payments for the creative done by them on an international level.

Madrid Agreement– The first international IP filing serving was launched in the form of the Madrid Agreement. This agreement was also the first leap towards WIPO.

BIRPI- The United International Bureaux for the Protection of Intellectual Property, 1893 was known better by its French acronym BIRPI. Based in Switzerland, this organisation was the predecessor of WIPO.

WIPO- Headquartered in Geneva, Switzerland, WIPO is what came out of BIRPI and is a product of all those important Conventions and Agreements held before it. WIPO joined the United Nations in 1974.

China dominates the charts when it comes to the data published by WIPO, out of the total patent applications filed worldwide in 2018(3,326,300), 1,542,002 were filed in China which is 46.4% share of the world and the numbers saw a rise by 11.6% when compared to the data published in 2017. Not just for the patent applications but in other fields too, China proves the absolute domination by a large number, like in Utility Models China’s share of the world is 96.6%, in Trademarks, it is 51.4%, Industrial Designs, it is 54%, Plant Varieties: 28.5%. With each passing year, a significant rise in the number of applications filed worldwide in all these categories is seen.

Geneva Declaration on the Future of WIPO

In September of 2004, the Geneva declaration on the future of WIPO was published. The people involved in that declaration included prominent legal scholars, public interest NGOs, activists, a former French Prime Minister, a 2002 Nobel prize winner for physiology, scientists and several other concerned citizens of the global society. The declaration was for WIPO to reform it’s “culture of creating and expanding monopoly privileges, often without regard to the consequences.” The declaration said that WIPO’s “continuous expansion of these privileges and their enforcement mechanisms has led to grave social and economic costs, and has hampered and threatened other important systems of creativity and innovation.”

The declaration was about the excessive protection of intellectual property being put up by the WIPO, the declaration was to make WIPO understand the real economic and social consequences of it. It demanded them to strike a balance between public domain and competition on one side and realm of property rights on the other. It highlighted that the steps being taken can prove to be hazardous for the much-needed factor of competition in the market. The declaration pointed out important factors of countries which are struggling to meet the basic needs of their citizens and it said that a “one size fits all” approach which the WIPO has adopted is causing excessive burden on these countries and if it continues being this way, it will eventually drag them to dust.

This declaration which had no legal significance did a very impressive job in igniting that spark which fuelled many debates on the practices of WIPO, this statement which was made by the declaration was heard all over the world and it garnered a lot of attention from around the world. That was a collectively powered strong word by some of the most prominent people of the global society and it did what it was supposed to do; bring attention to these practices.

The 2004 WIPO General Assembly adopted the resolution which establishes a development agenda to reform the practices of WIPO of blindly increasing intellectual property rights.

WIPO, from the time when it began in 1883 with the Paris Convention to today in which form and structure it is known to people, it shows the evolution and necessary changes that were made to get to this point. From an idea which would deal with the intellectual property related issues to being a flag bearer for gender equality on a global scale, it showcases the growth of an organisation and this growth has a lot to do with the fact that it became a part of the United Nations in 1974. 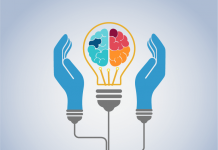 Everything you need to know about IP licensing in movies 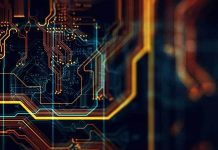 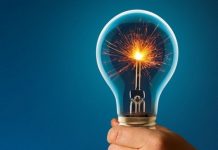 Management of IPR filings in the time of COVID-19