This article is written by Riya Ranjan, from Lloyd Law College. This article talks about the barbaric and superstitious practice of witchcraft and witch-hunting in India. This article critically analyses different acts and amendments made against these practices.

Witch crafting and witch-hunting are superstitious practices and beliefs in the probabilities and possibilities of one having or acquiring magical abilities. It is rooted far back in the centuries and practiced by people believing in supernatural powers. Witch-hunting was initiated due to the superstitious beliefs and customs for eliminating the so-called witches residing in the society. Even today it is continued and practiced as a custom in different parts of the world.

Women are specifically targeted, tortured ruthlessly, and called a “Witch.” Witchcraft is a forbidden practice that is considered to be profane. It is also used to ascertain women’s inferiority and is treated as a negative gender stereotype. Females who practice this craft are often portrayed and attributed as ominous, wicked, and scary. This inhuman practice needs to be corrected by society, backed by the introduction of more legislation. Different laws are made concerning the protection of women from these evil practices of witchcraft and witch-hunting.

History of witch crafting in India

Witch haunting can be traced as far back as the ancient period. During the colonial period, the missionaries and colonial administrators were the ones who had tried to record and investigate the cases related to witch-hunting. This act was practiced with the objective of controlling and regulating the subjugated people in the territorial range of colonial India.

Through secondary sources of data, that includes old historical writings, notes written by colonial administrators, district gazettes, letters to the administrators, judicial pronouncements, folktales, books, and literature by other historians, proclaims that sepoy mutinies and the civilian outbreaks during 1857 had some clear interconnections and linkages with the policy imposition of the Britishers. Meanwhile, the Britishers also attempted to ax-down the customs and traditions of the tribals. In contrast to that, the tribals considered witchcraft to be great trouble for their community. Hunting of witches in the name of getting rid of evil influence on the community was a barbaric practice deeply soaked and embedded in the traditions of the tribals.

In the post 17th century, the temporarily loosening hold of the East India Company’s administration collapsed the law and order in the region. However, the English magistrates fail to produce scientific logical evidence regarding witchcraft and supernatural powers. Therefore, the judgments pronounced in favor of the people involved in sorcery and the accused witches. The tribals took this freedom to clean the witches and sorcerers who had accumulated under the influence of the British administration. After the 18th century, the trial of the witch-hunter’s rebel tries to put forth that ‘personal enmity’ and ‘materialistic gains’, which were the major factor behind the massive incidence of witch-hunting.

In the middle ages, the ritual of witch-hunting was also spread across European countries. During the early modern period, the situation got worse with the inchoate of the witch trial as a tradition. Witch trials subsisted as the practice in which the people were burned alive if they were accused of witchcraft.

India is no exception to such superstitious practices and beliefs, but this psyche practice is hidden in the different corners of the world including Asia and Africa after the 18th century. The idea of witchcraft and sorcery still exists in society. Both the educated and uneducated people, have time and again resorted to superstitious practices to cure illness, find love, and rationalize bad events.

Modern witch-hunts are mostly restricted to the economically weak and the marginalized section of the society. It was also observed that there is an involvement of own family members who indulged in these practices in the name of social cleansing. Witchcraft has emphasized its close links to morals and was also associated with neo-paganism, shamanism, and the deeds of traditional healers.

According to the NCRB study, three Indian states, Andhra Pradesh, Jharkhand, and Odisha are among the worst hit, each accounting for about 400 deaths in the past 15 years. In the past three centuries, Sub-saharan Africa has witnessed children as a victim of these evil practices. It was observed in various researches that witch-craft related incidents are more common in those areas which have larger tribal populations as compared to other populations. This crime is most prevalent in negligible economically developed countries or states with little or no access to basic education and health care facilities. According to the statistics given by the National Crimes Record Bureau, crimes concerning witch-hunting there have been 2391 murders or culpable homicides between 1999 and 2013 in India.

Why is witchcraft a barbaric or an evil practice?

According to historical analysis, the evolution of witchcraft from an even remote time frame, directing it as an outcome of gender struggle led to the labeling of women as witches and ‘keepers of demons’. Mostly, in rural areas, the women are targeted in this inhuman practice and are tortured not only by the family members but also by society. Once any woman has been labeled as a witch it’s hard for her to live longer in that society.

Women are raped, tortured, buried, and ruthlessly murdered in the name of superstitious beliefs by society. Usually, the older women and widows are labeled as witches and are proved dangerous for society. Witch crafts are also perceived to cause misfortune, sickness, and even death by casting an ‘evil eye.’ Due to these deleterious capabilities, witches are considered a threat to society. Witchcraft is a barbaric and illogical practice through which people do illegal and inhumane acts in the name of removal of evil from society.

In this case, the court observed that in the North-Eastern states, mostly the elder women are branded as witches, who thereafter are subjected to severe abuse in the name of getting rid of the evil from the society. The court also termed this kind of act as one of the worst forms of human rights violation and further said that it is not only confined to the state of Assam but is rooted in flawed quasi-religious beliefs, antiquated socio-cultural traditions, and blended with extreme superstitions practices.

In this case, the respondent alleged that the petitioner used to call and address her as a Daain for the last two years and it was further threatened that a Daain would not be allowed to live there. The court quashed the cognizance under the Prevention of Witch (Daain) Practice Act, 1999, but the conviction of the defendants was upheld as per the offenses under the IPC.

In the Madhu Munda case, the court’s order of conviction was set aside because of the delay in lodging the FIR and the inability to prove that some wrong was caused to the appellants or the family members due to the alleged witchcraft of the deceased.

India has a long history of witch-hunting since the medieval age and there have been no special laws or national legislations which penalize witch-hunting practices after independence. But Indian Penal Code, 1860, itself provides for the punishment for witch-hunting or the offenses that are committed in the processes related to Witch-hunting. Section 321 of the Indian Penal Code provides a punishment of up to one year in prison and/ or a fine of up to 1,000 rupees for “voluntarily causing hurt”. Most often Section 323 is used to prosecute the perpetrators of witch hunts and there are various sections given in the IPC where the punishment for murder, assault, causing death, kidnapping, and abduction, grievous hurt, and rape are provided.

Different states have made laws according to their need and convenience. There is an evident lack of coordination between these existing state enactments and the Indian Penal Code. The lacunae in their formulation need to be addressed and a large number of victims of witch-hunting point towards the ineffectiveness and futileness of the existing laws. The advocacy of witch-hunting laws is crucial to Indian society due to the lack of national legislation. There is a need for efficient laws to be accompanied by the central legislation to prevent the differences in the punishments and fines prescribed under the special laws of each state which gives differential treatment to the same crime. It’s time that people become aware of this and stop believing rumors and fake news about these superstitious beliefs. The victims should also be provided compensation and rehabilitation and no threat to life. 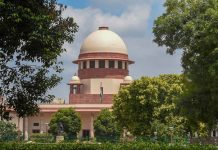 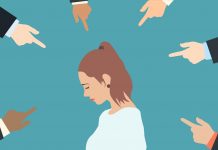