This article is written by Mahelaka Abrar, a student, of Faculty of Law, Aligarh Muslim University. In this article, she presents her views on the much-known Zoom app and why it soared to heights amidst the epidemic. She also highlights the privacy issues related to zoom which became the talk of the town recently and how to tackle any such privacy complications that may arise while using the popular video conferencing app.

Zoom is a video conferencing tool which allows users from different parts of the world to conduct or join online meetings for the purpose of telecommuting, teleconferencing, distance education, and building social relations. It allows one to connect with their co-workers, peers, supervisors, teachers and the like when in-person meetings aren’t possible. It has, reportedly, also been hugely successful for organizing social events as well.

According to estimations, over half of Fortune 500 companies (a yearly list published by Fortune magazine that ranks 500 of the largest companies of the United States in terms of their total revenues for the respective fiscal year) used Zoom app in 2019 for their varied business meetings. The software’s business strategy primarily focuses on providing an easier to use, cost saving with a high degree of employee efficiency tool to its users. This has enabled it to give a good competition to its competitors like Cisco Webex, Google Meet, GoToMeeting and the likes.

The app was founded by Eric Yuan who was a former corporate vice president at Cisco Webex. In April 2011, Eric Yuan left Cisco along with 40 engineers to start a new company, which was originally named Saasbee Inc. Initially, there were no investors for the company. However, in June 2011, the company raised 3 million dollars of seed money (investment). It also established partnerships with software providers such as Redbooth, Logitech, Vaddio and InFocus consecutively. Influenced by Thacher Hurd’s book ‘Zoom City’, the company changed its name to Zoom in May 2012. In September 2013, the company raised around 6.5 million dollars from big names like Facebook, Waze and old investors. Gradually, the company developed and grew to be valued as big as $67 billion by June 2020.

About the zoom app

When you hear people talking about Zoom, you’ll often hear the words “Zoom Meeting”, “Zoom Room” “Zoom Code” etc. A Zoom meeting is a video conference meeting organized and hosted via Zoom. On the other hand, a Zoom room is the physical hardware setup that enables firms or companies to schedule Zoom meetings from their conference rooms.

Meanwhile, a Zoom code is a password that any user might require to get access to the scheduled Zoom meeting. In short, the Zoom app lets you organize or attend all such schedule Zoom meetings with minimal disruption.

Zoom is technically a web-based video conferencing tool which could be accessed on one’s desktop, smartphone as well as on a television screen. You could also join a meeting with just audio and without video or just video without audio.

(i)    Accessing Zoom on one’s desktop- Joining a Meeting

Features of the app

The key features of the zoom app are mentioned below:

Popularity of Zoom in COVID-19

There is no denying to the fact that the popularity of Zoom has immensely soared a new height during the COVID-19 pandemic. Amongst the closure of firms and companies, the office going force has rapidly shifted to this online platform to conduct its day to day business. It has become a mandatory tool for small, medium and large size teams that want to maintain their daily workflow with zero disturbance whatsoever.

You would agree with the rising importance of Zoom if you have attended even one class or webinar conducted on Zoom. In the light of COVID-19 outbreak, almost the entire teaching activity has been relocated to Zoom. From attending online classes to finishing up the remaining course, to giving vivas and concluding semester exams, Zoom has indeed been along the way with the students of the generation. Moreover, the scheduled conferences and seminars have been actively turned into webinars on the app with the advent of COVID-19. According to records, Zoom is currently engaging around 300 millions participants everyday as against 10 million previously. This, in turn, has significantly increased the market of the software app making its value over 67billion dollars.

As video conferencing continues to be a popular choice of many educational institutions and businesses to conduct and coordinate meetings, a question as to the best platform to choose for such activities arises. Even with the existence of mega-platforms like Google Meet, Google Duo, Skype, MS Teams, Zoom has outshined every such platform to be the best and most preferred by users.

The question is WHY?

The answer to this could be as follows:

Zoom conferencing and its privacy issues have been the talk of the town since a few months. Information-security professionals cite many security loopholes in the app. With all the extra attention that Zoom assembled during the pandemic outbreak, made it pay a price. Zoom faced huge privacy and security backlash in the USA by security experts, lawmakers, privacy advocates, even the FBI. All of these events led to schools and colleges in the USA  banning Zoom for their online classes and switching to alternate modes of virtual discourse. Zoom, thus, became a victim of its own success. Let us look into some of the major security threats Zoom was/is packed with:

The biggest and the most popular zoom issue to be reported was zoombombing. Zoombombing lets anyone (participant or non-participant) hack into Zoom meetings and project inappropriate content. While the meeting host can remove such users from the ongoing meeting, they often tend to come back with new accounts. This is only possible because Zoom requires users to form meeting IDs to conduct a meeting. This meeting ID if let out in the open becomes unsafe. This clearly puts Zoom’s default settings which did not encourage users to set password-protected meetings and allows almost any participant to share screen while the meeting is going.

However, to fix this, Zoom rolled out two brand-new features to enhance the usage of passwords in meetings. It also advised its user to not share meeting IDs in public and keep them password protected in an effort to “increase security and privacy for meetings.”

The most damning issue related to Zoom security is that Zoom’s meetings aren’t end-to-end encrypted as the company claims. This was brought to light in a report by The Intercept. In simpler terms, data on Zoom is decrypted at the server which makes it possible for the company to see and hear conversations. Zoom was forced to admit that it was actually misleading people. However, a spokesperson from Zoom clarified these allegations contesting that Zoom uses transport encryption which is different from encryptions used by different companies. It also assured that it doesn’t decrypt any user transmissions.

Users who shared their email will find their email addresses in a universal company folder which is visible to all the members. This, however, does not work with big email clients like Gmail, Hotmail, Outlook or Yahoo. This proved disadvantageous to small email clients. It was reported to have happened with Dutch users of Zoom who were able to see information like email addresses, usernames and even photos of them and others in the folders of the company. The users claimed to have been using ISP-provided email addresses

The privacy policy of Zoom was revealed to have clauses that gave the company full rights to share the data of users with any third-party marketers. Once it was brought to light, Zoom reworked its privacy policy and removed bits stating that it did not sell any data of users.

Some of the privacy advocates have also raised questions over a feature of Zoom namely “attendee tracking feature” which lets meeting hosts track whether participants of a meeting gave their Zoom app in view or whether it’s simply in the background.  This led to many digital rights and privacy rights groups to call on Zoom to release a transparency report in the USA.

Guidelines issued by the government

After facing criticism in several other countries, the Ministry of Home Affairs (MHA) of India issued a notice in the month of April to warn the users of Zoom app about the pertinent dangers and possibilities of their privacy being infringed. Countries like Germany, Singapore and Taiwan had already banned the video conferencing app. The government warning came after the nodal cybersecurity agency of India, Computer Emergency Response Team (CERT-in) warned the users against the vulnerability of the app on February 6, 2020, and again on March 30, 2020. The agency had highlighted the significant weakness of the app which makes it an easy target of cyberattacks causing to leak sensitive office information to hackers, spy agents and criminals. The MHA also issued guidelines to ban the use of zoom for any government offices/officials or for any official purpose.

The Ministry of Home Affairs also issued an advisory for those who would still like to use Zoom to follow some guidelines for their safety purpose including preventing unauthorized entry in the video conferencing room, preventing any unauthorized participant to carry out any sort of malicious activities. The government reissued new guidelines after receiving complaints of instances of leaked passwords and hacking of conferences mid-way by hackers. A complete MHA guideline for safe usage of the app is mentioned below:

In spite of all the privacy concerns of the Zoom app as cited above, it is undoubtedly still the first choice of numerous educational institutions as well as big firms and companies. It not only provides its users with a great experience of uninterrupted high-quality video conferencing but is embedded with several other innovative features. Going by the need of the time, it is the most cost-effective software virtual conferencing tool that anyone can have on one’s phone/desktop. However, Zoom still needs to address privacy concerns and review its privacy policies periodically in order to maintain its unwavering faith amongst all the Zoom users. 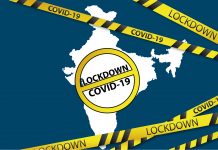 Role of civil society during the lockdown 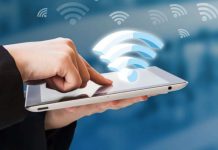 How wireless networks can battle COVID-19 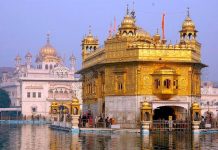