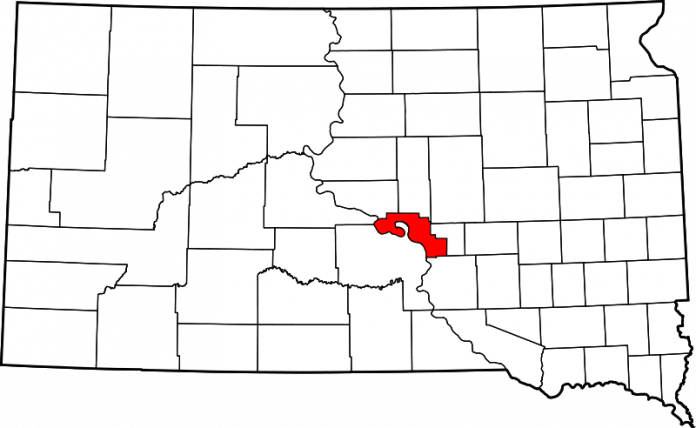 The article has been written by Subodh Asthana, currently studying in the second year of Hidayatullah National Law University, Raipur. In this article, the author gives an overview and insights on 10% reservation given to the poor class of the unreserved section of society. 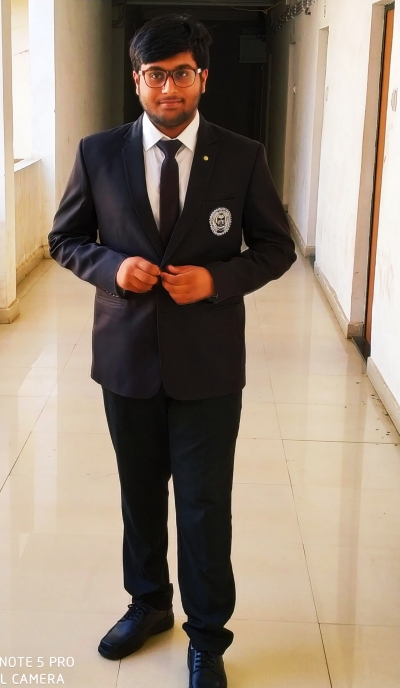 The constitutional amendment to provide 10% reservation to the economically marginalized people of General Class received its assent of President. It is the 103rd Constitutional Amendment and made special provisions to people of economically marginalized class in General class. The Bill was passed by Parliament on 9th January 2019 which was introduced by Thawar Chand Gehlot, Minister of Social Justice and Empowerment. It altered article 15 and 16 of Indian Constitution by adding a 10% reservation and therefore a constitutional amendment was required because it will be above the specified limit of 50% and also for the benefit of General Class but constitution recognizes backward class and SC/ST’s.

Beneficiaries of the Amendment

The 103rd Constitutional Amendment will apply to the class of people who are not covered in any existing reservation quota. It covers Economically Weaker Section of General class and it defines them as follows:

So, these are the prerequisites which a person has to fulfill in order to qualify as Economically Weaker Section of General Class and consequently take benefits under the specified quota.

Each and every constitutional amendment and even a law passed by the Parliament have some consequences and implications on the population and community as a whole. Limitations and Advantages of this policy are as follows:

The additional reservation of 10% to the Economically Weaker Section of General quota will specifically repudiate and cross the 50% directive given by the Supreme Court. The Supreme Court has explicitly stated in its directive that reservation in India should not exceed more than 50% because if this is done then it will be the violation of the basic structure of the Indian Constitution. If we also look into the present reservation then it is as follows:

The present quota system constitutes around 49% of reservation and an additional 10% will result in 59% reservation and thus it will be really in contravention to the directives given by the Supreme Court.

In Indra Sawhney & Others Vs. Union of India, wherein the Supreme Court while upholding the report of Mandal Commission stated that reservation in India should not exceed to more than 50% and thus directed and fixed the cap of 50% reservation.

At many of the instances, the state governments have tried to exceed the 50% criteria by the Supreme Court but have failed terribly. Like in Gujarat when the Gujarat High Court set aside the ordinance granting 10% reservation in Education and employment for EBC because if the nod is given to the bill then it would exceed 50% criteria set by the Supreme Court. However, there are some states that have crossed the 50% threshold like Maharashtra and Tamil Nadu.

It is to be also noted that according to article 46 of Directive Principle of State Policy, it is the obligation of the state to promote with special care the educational and economic interests of the weaker sections of society which have been provided for. Well, there have been various judgments in which the Supreme Court has stated that it is the duty of the state to also look for benefits of the state.

If we only take the Indira Sawhney and various other judgments as yardstick then it would actually result in limiting the scope of the Indian Constitution. Also it is the duty of state to ensure that the communities who are getting benefit under the policy are actually uplifted because since the inception of the policy it implementation has been a scan, state gives reservation to a particular class which is very backward but all the benefits of this are enjoyed by the creamy layer of that particular class and this process goes on. However, the constitution recognizes reservation on the basis of Backward Caste but an amendment in this aspect as well, so that people who are apparently backward getting its benefits and a process must be drawn in which people who are educationally as well as economically backward must be able to cash their rights and as a result get advantage of this policy. The roots of the same could be traced in the case of State of Maharashtra v. Champakam Dorairajan wherein Supreme Court upheld the Judgment of Madras High Court, which struck down government’s order to provide caste-based reservation by fixing the proportion of students of each community willing to take admission into State medical and engineering colleges, with the object of uplifting backward section of society. Although with various ruling different facets of the same article could be analyzed, but the courts are more interested in looking at the objective of the policy and then give a ruling.

In Case of Union of India v. R. Rajeshwaran, the apex court has ruled explicitly that it is the duty of government to provide a legal playground for all the section of society.

If we see the historical pronouncements of apex courts in this matter, then also in the case of M. R. Balaji v. the State of Mysore, the court explicitly ruled and equated the social and educational backwardness with that of SC’s and ST’s. At that time it was the reasoning of Supreme Court that in actuality the social conditions of this class was very peculiar.

Mandal Commission report on this Aspect

With a mandate to identify “social and backward classes”, the government appointed a commission under article 340 to be headed by Mr. BP Mandal. The Mandal Commission in its report actually listed three heads viz. (i) social (ii) economic (iii) educational backward classes and therefore suggested to create a 10% reservation of the people of Other Backward Class and thus making it rational criteria for giving reservation to the marginalized class of the society to which Kelkar commission in 1953 failed and therefore the suggestions were accepted by the government. Later on, when the former Prime Minister PV Narsimha Rao tried to give reservation to the upward class of the society, it was rejected by the Supreme Court in popularly known Mandal Case. The following observations were made by the Supreme Court:

Thus, the court did not clearly define the word “backward class” but with ratio 6:3, it struck down the ordinance of giving reservations on an economic basis.

Constitutionality of the Article

The bill seeks to fulfill the constitutional mandate engraved in article 46 of the Indian Constitution. This amendment has, however, been challenged on the grounds of violating the basic structure of the constitution. An NGO, Youth for Equality, has moved a petition in the apex on this ground. But, all contention regarding violation of basic structure, a concept borrowed from Germany, is unspecified as Supreme Court has never defined it very clearly- it had listed only a few principles like secularism, federalism, and democracy, etc. as the part of the basic structure. If it is upheld by the Supreme Court, it will break the 50% barrier, a limit made without any grounds, (Lakshman Rekha) of reservation permissibility. But, to do so, an eleven-judge constitutional bench is required. Thus summing to the argument it remains a matter of debate whether the same will be allowed by Supreme Court because the earlier judicial pronouncements have stated otherwise. Thus, the two most prevalent contentions that had been analyzed by the judiciary in the course of time are:

Will it serve the Purpose?

Now the other important question which needs an immediate answer is that whether just giving reservation to the communities will solve the problem without actually uplifting them by introducing and properly implementing some beneficial schemes for their upliftment. Since the independence of our country, a critical analysis must be done whether it has actually benefited the castes that have been given reservation because according to me only the rich section of those particular castes are taking benefits. The question needs to be answered whether the people of a particular who have already been uplifted be given to take advantage of the policy? The answer to this question is on you to decide because if we start giving reservation it will be a pervasive process and Amartya Sen has correctly remarked that “If reservation is given to all communities then it will lead to frustration of the process”. Therefore reservation should be only given to the needy ones, irrespective he/she is from reserved or unreserved class, but the method must be that if a particular class has already been uplifted then no reservation must be given to them, because if this method will continue then it will bring nothing but communalism, also it will result in shattering the provisions of constitution.

At last, after analyzing the context, we are left with a few questions. And we may foresee that in coming days, they are to be answered by Hon’ble Supreme Court while dealing with the petitions filed against 103rd amendment across India. As the reservation barrier has crossed the 50% barrier, some questions which need a clear explanation are:

Therefore in some of the provisions clarity is required like what will happen if my father disowns me and kicks me out of his house, the question arises here is that whether I will come under the bracket of “household” so specified by the government and also only giving reservation irrationally to a particular community for without assigning any proper reason will defeat its purpose. Time has come to do a critical analysis of whether the scheme has benefitted the society or has fragmented into different communities and classes. The featured image of the article is although a map of a crow creek, it actually shows the consequence as to what reservation do to a healthy society. 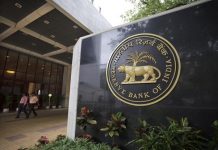 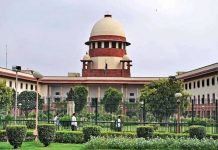 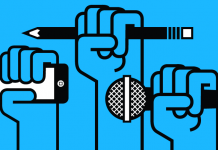 Freedom of the Press in the Indian Constitution