This Article is written by Adarsh Singh Thakur, 3rd-year student, Indore Institute of Law. He discusses Article 14 of the Indian Constitution in detail. 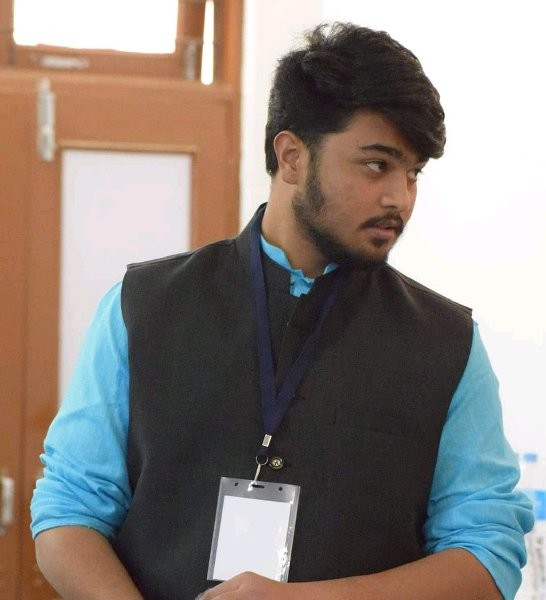 In India, this right is very important because there has been a widespread socio-economic difference which has been in existence from a long time. People have been discriminated on the basis of their gender or the religion they follow, therefore Article 14 was included in the Constitution to remove such inequalities and bring all the people under the equal protection of the law.

Article 14 is the embodiment of equality which has been provided in the Preamble. Another important point about this Article is that it not only imposes a duty on the State to abstain from discriminating people but it also puts a positive duty to take such action by which the inequalities can be bridged between the people.

According to Article 14, the State cannot deny equality before law and equal protection of law to any person within India. The expression ‘equality before law’ is a negative concept and the State has a duty to abstain from doing any act which is discriminatory in nature.

Under it, there is an absence of any special privilege to any particular group of people and regardless of the rank of a person, he is subject to the same provisions of law. Thus, no person is above the law of the land/lex loci and all have to abide by it.

The term ‘equal protection of law’ is based on the 14th Amendment of the US Constitution. It directs that equal protection of the law should be provided to all the people of India for the enjoyment of their rights without any privileges or favouritism towards any person. This is a positive concept because it implies a duty on the State to take actions for ensuring this right to all the citizens.

Thus both these expressions make the provision of equal treatment binding on the State. In the case of Sri Srinivas Theatre v. Government of Tamil Nadu, the Supreme Court explained that both these expressions may appear to be same but they have different meanings. The term equality before the law is a dynamic concept with many aspects, one such aspect being that there should be an absence of any privilege or a person being above the law.

Under equality before the law, the principle of like should be treated alike is followed. It means that the right to sue and be sued for the same cause of action should be the same for the people who are equals i.e. the people who are in similar circumstances and such right should be available to them without any discrimination on the basis of religion, sex, caste or any other such factor.

In the case of State of West Bengal v. Anwar Ali Sarkar, the court held that the term ‘equal protection of law’ is a natural consequence of the term ‘equality before law’ and thus it is very difficult to imagine a situation in which there has been a violation of equal protection of law is not a violation of equality before law. So, while they have different meanings, both the terms are interrelated.

Dicey had given the concept of the rule of law. Rule of law means that no person is above the law. Equality of law is part of the Rule of Law which has been explained by Dicey.

Dicey had given three meanings to this term:

An exception to Equality before Law

There is some exception to the rule of equality which has been provided under the Indian Constitution. Under Articles 105 and 194, the Members of the Parliament and the State Legislatures respectively are not held liable for anything which they say within the House.

Under Article 359 when there is a proclamation of Emergency, the operation of Fundamental Rights including Article 14 can be suspended and if any violation of this right is done during such proclamation, it cannot be challenged in the Courts after the proclamation ends.

Under Article 361 the President and the Governors are not liable to any court for any act which is done by them in exercising their power and duties of the office.

It imposes a duty on the State to take all the necessary steps to ensure that the guarantee of equal treatment of people is followed. Like people being treated alike is followed under this rule and another important point under this rule is that unlike should not be treated alike. Thus, even if people who are under different position and circumstances are governed by the same rule then it will also have a negative effect on the rule of equality.

Article 14 has provided the provision for equality of all people before the law but every person is not the same and therefore it is not practically possible to have a universal application of equality. Thus, the laws cannot be of a general character and some classification is permitted under Article 14.

Thus, the legislature has been allowed to identify and classify different people in groups because it has been accepted that treating the unequal in the same manner is likely to cause more problems instead of preventing them. So for the society to progress, classification is important.

The following are the tests for identifying the reasonable classification:

The New Concept of Equality

In the case of Air India v. Nargesh Meerza, the regulation of the Indian Airlines provided that an Air Hostess had to retire from their services on attaining the age of 35 or if they married within 4 years of their service or on their first pregnancy whichever occurred earlier. The court held that terminating the services of an air hostess on the grounds of pregnancy amounted to discrimination as it was an unreasonable ground for termination. The regulations provided that after 4 years of service the air hostess could marry therefore the grounds of pregnancy was not reasonable. Thus, it was held that this regulation flagrantly violated Article 14 and such termination would not be valid.

Similarly in the case of D.S. Nakara v. Union of India, Rule 34 of the Central Services rules was held to be violating Article 14 and thus unconstitutional. Under this rule, a classification was made between the pensioners who retired before a specific date and those who retired after that date. Such classification was held irrational by the Court and it was arbitrary. Thus it was an infringement of Article 14 and as a result, was set aside.

In the case of Bachan Singh v. State of Punjab, explaining the new dimensions of Article 14, Justice PN Bhagwati had observed that Rule of law permeated the entire fabric of the Indian Constitution and it excludes arbitrariness. According to him whenever there is arbitrariness, there is a denial of Rule of Law. So, every action of the State should be free from arbitrariness otherwise the Court will strike the act as unconstitutional.

The scope of the new concept of Article 14 is far greater than just being equated with the principle of reasonable classification. It guarantees against any arbitrariness which may exist in the actions of the State and the doctrine of classification is merely a subsidiary to this Article.

Under Article 14 two important aspects have been included which are equality before the law and the equal protection of the law and both of them play an important role.

Under Article 14 the concept of Rule of law has been adopted under which no person can be said to be above the law and every person has to abide to the provisions of law. But the equality which has been provided for under  Article 14 is not universal and the principle of equality among the equals is followed. This is the reason why many laws are made which some people such as laws for the benefit of children. Such classification is reasonable and not arbitrary.

The new dimensions of Article 14 have been developed by the judiciary and the main purpose of Article 14 is to remove any arbitrariness which may exist in the actions of the State and thus this Article has a much wider scope in the present time as compared to its scope at the time of enactment of the Constitution. Thus, the scope of this article has been enlarged by various judicial pronouncements.

All about 126th Constitutional Amendment Bill

All about 25 parts of the Indian Constitution