Written by Shilpa Nagral, pursuing  Diploma in M&A, Institutional Finance and Investment Laws (PE and VC transactions)  offered by  Lawsikho as part of her coursework.  Shilpa is a graduate in B. E. LLB and was working as an Associate in M&A, PwC. 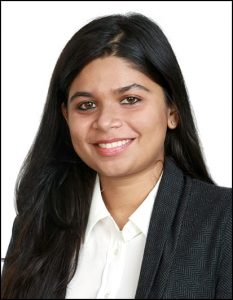 As an investor, of the many factors to check before investing in a company, pledging of shares is an important element to consider. A company with high pledged shares is a concern for shareholders. Recently even the Reserve Bank of India (RBI), in its latest Financial Stability Report, raised a concern over pledging of shares- as it could pose a concern with respect to retail investors wealth as well as raising or falling market scenarios. In India, out of the over 5000 listed companies, promoters of 4274 companies had pledged all or some of their shares, according to an analysis by Securities and Exchange Board of India. This was also brought forth in the Financial Stability Report by the RBI. Hence understanding Share Pledge becomes an important factor.

In simple terms, share pledge means taking loans against shares held. Shares are considered as assets and hence can be pledged to raise loans. This can be done by promoters as well as investors. When shares are pledged by the promoter or investor, he still holds the ownership of the shares, shares pledged act as collateral for the loan raised. Pledging of shares is quiet common in companies in which the promoter shareholding is high.

Why do promoters pledge their shares?

Shares are usually pledged by the promoter to get loans for business or personal needs. Loan raised by pledging of shares can be used to meet various requirements like carrying out new acquisitions, requirements of working capital, funding various ventures, converting warranties into shares, any personal obligations or any other business needs.

Pledging of shares can be done with banks or non- banking finance institutions (NBFC). As the shares are considered as assets, the banks or NBFCs readily accept shares a collateral for lending money. The loan provided is usually 25-50% of the share value depending on various factors like promoter’s reputation, the business in which the company is involved, market conditions, etc.

Unlike a normal agreement, Share Pledge agreement is between three parties:

The main agreement is between the borrower (usually the Company) and the lender (bank or NBFC). There is a collateral contract between the borrowing company and the promoter. Only after the borrower agrees and gives go ahead to the share pledge agreement, the agreement to provide security comes into effect. Basically, when the promoter negotiates for a loan from the lender, he does so on behalf of the company as its agent but does so in his own personal capacity.

The shares are traded on stock exchange and their prices fluctuate very often. As the prices of shares keep fluctuating, the value of collateral also keeps changing. If the prices of shares fall, the value of collateral will also erode. To make up for the eroded value the promoter has to either pledge more shares or giving additional cash or pledge more assets as collateral. In instance of promoters failure to make up for the eroded value of collateral security, the lender can sell off the shares in open market to recover its money. The minimum collateral value is agreed between the lender and borrower. If the value of shares fall below the minimum value, even then lender can sell off the pledged shares and recover their money. In worst case scenarios, the promoter might also end up losing his entire stake in the company.

Securities and Exchange Board of India (Substantial Acquisition of Shares and Takeovers) Regulations, 2011

In a bid to protect the interest of existing shareholders, SEBI has come out certain provisions. These provisions mainly deal with the disclosure requirements of the pledgor and pledgee with respect to the pledged shares. This is done as the pledging of shares by promoters could result in change of ownership if the promoter is unable to payback the loan. The SAST Regulations clearly mention in Regulation 28 that encumbrance of share would include pledge of shares.

Regulation 29 deals with the disclosure requirements of the lender. The regulation states that on any acquisition or disposal of shares or voting rights by the acquirer or any person acting in concert with him, of the target company aggregating to five percent or more, shall disclose their voting right and/or their aggregate shareholding in such target company within 10 working days of acquisition of such share or voting rights. The disclosure shall be made:

Regulation 29 shall not be applicable to Scheduled Commercial banks or public financial institutions as pledgee in connection with pledge of shares for securing the debts in normal course of its business.

Regulation 30 deals with the disclosure requirements of the promoters. As per this regulation the promoter of every target company has to disclose all the details of shares encumbered, or any details of invocation of such encumbrances or release of such encumbrances by him or by persons acting in concert with him in the target company. The disclosure should be made within seven working days from the creation, invocation or release of encumbrance, as the case maybe, to-

Recently, SEBI exempted the below mentioned companies from disclosure requirements under the SAST Regulations:

Recently it has been decided to allow AD (Authorised Dealers) Category – I banks to convey ‘no objection’ under the Foreign Exchange Management Act (FEMA), 1999 for creation of charge on immovable assets, financial securities and issue of corporate or personal guarantees in favour of overseas lender/ security trustee, to secure the ECB to be raised by the borrower. Before according ‘no objection’ the AD Bank should ensure that:

(iii) both the lender and the borrower have duly executed the loan agreement, and

Once the above-mentioned rules have been complied with the borrower and lender, AD Category – I banks may convey their ‘No objection’, for creation of charge on immovable assets, financial securities and issue of personal or corporate guarantee.

Creation of Charge over Financial Securities

AD Category – I banks may convey their ‘no objection’ to the resident ECB borrower for pledge of shares of the borrowing company held by promoters as well as in domestic associate companies of the borrower to secure the ECB subject to the following conditions:

(ii) Transfer of shares, in case the pledge is invokes, shall be in accordance with the extant FDI policy.

(iii) A certificate from the Statutory Auditor of the company that the ECB proceeds have been / will be utilized for the permitted end-use/s.

As per Section 19 of the Banking Regulation Act 1949, no bank can hold more than 30% of the paid up capital of a company or 30% of its own paid up capital and reserves, whichever is less, whether it is a pledgee, absolute owner or as mortgagee

But in case of below mentioned cases, banks or financial institutions can take shares of any company as security:

Promoter’s shares in excess of 30% cannot be accepted in pledge as the RBI directs the bank to hold shares in its own name in case the shares are held by bank as a pledgee or mortgagee.

Pledging of shares by Non-residents

The regulatory change brought about by the RBI vide its Circular 57 recently permits non-resident shareholders of Indian companies to avail of loans from Indian and overseas banks using their shareholding in Indian companies as collateral subject to procuring the no-objection certificate (NOC) from the relevant authorized dealers (AD). Accordingly, the requirement to obtain prior approval of RBI for pledging the Indian shares held by non-residents is dispensed with subject to fulfillment of the conditions prescribed. All those major public sector and private banks as well as multi national banks which function as ADs in respect of FDI related transactions can act as AD relating to pledge of shares.

Share pledging is usually seen in companies which has a high promoter holding. Like most of the issues, share pledging also has its pros and cons. On the pro side it can be argued that even when the shares of the company are pledged but the company has increasing cash flows and has promising future prospects, pledging should not be seen as a concern. But on the con side, share pledging is sign of poor credibility of company, poor cash flow and inability of the company to meet its short-term requirements. Increasing pledging of shares is not only dangerous for promoters but also for the shareholders. Bottom line being, investing in companies with 5-10% of pledged shares cannot be seen as a problem, but beyond that the investor should tread carefully.