Written by Innes Janse Van Niewehuizen, pursuing  Diploma in Advanced Contract Drafting, Negotiation and Dispute Resolution offered by  Lawsikho as part of his coursework.  Innese is a an Attorney with a Masters in International law and works with a private Law firm and specializes in Contract drafting and commercial litigation, in Pretoria, South Africa. 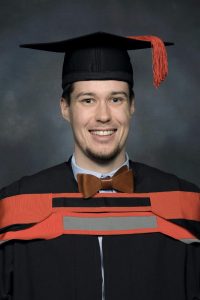 This short article envisages to provide a brief but thorough overview of the nature, extent, importance and objectives of contract management and its contribution to the law system.

What is Contract Management

Although overlooked by some, contract management is vital to the successful implementation of a contract. In its purest form, contract management can be defined as a discipline that supports commercial management through the implementation, review and oversight of legally enforceable performance commitments.  This definition therefore clearly differentiates between the pre and post contractual elements of contractual management due to the distinction between the words “implementation” and “oversight”. Contract Management is therefore not merely limited to post-contractual matters but also entails the preparation, oversight and drafting of contracts even before same has been signed.

Differentiation between pre and post-Contract Management

As stated above, contract management occurs before and after a contract has been entered into between the relevant parties. When observing the importance of pre-contractual management, the saying, prevention is better than cure comes to mind. If the agreements are properly managed and drafted by a professional before entered into and signed, it will most likely require less management in the near future. The importance of a well drafted and researched agreement is often and commonly overlooked. Before a professional will be able to draft a suitable agreement for the occasion he or she will have to take proper instruction from their client regarding the specific terms that must be included and also that client’s desired outcome.

It would be a clever initiative to develop a suitable checklist before any contract is drafted in order to ensure that all the necessary terms are included and to ensure that strenuous contract management in the near future will not be required. Elements to include in such checklist can be confirming whether the correct representatives with the necessary capacity will enter into the agreement, asserting whether the dispute resolution clauses and terms are most suitable to the particular contract and whether any suspensive conditions must be included in the agreement in order to protect your client. If the agreement is drafted in the favour of your client, dispute resolution or obtaining any damages arising from breach of an agreement will be much easier.

In a post-contractual form, contract management can also be referred to as contract administration which prima facie refers to the processes and procedures that companies or individuals may implement in order to manage the negotiation, execution, performance, modification and termination of contracts with various parties.  From a professionals’ point of view it is crucial to inform and guide your client while the contract is in effect and even after the contract has been terminated. Individuals without a legal or contract drafting background will most probably find it difficult to interpret and understand various terms of a contract and without a good knowledge of same, might be exploited by another party to the agreement or its representative.

Stephen Davis of Fujitsu Services mentioned that “Contract Management is not simply an operational function overseeing transactional negotiation, implementation and management of contracts. Increasingly it is a critical vehicle for high value management information that supports strategic decision-making”. The above statement further suggests that a professional with a good understanding of legal terms may sway the terms of such an agreement in its or its client’s favour if he comprehends the law surrounding the subject matter of the contract. If a contract is drafted with a clear view of that will transpire while the agreement is enforced, it will benefit that party immensely.

As stated above in this article, preparation and proper due diligence before a contact has been entered into forms the core of contract management. If the contract was not carefully drafted with the desired outcome in mind, it may not afford the necessary protection to yourself or to your client. Contracts must therefore should seek to define and mitigate risk in a relationship and any potential scenarios that could occur over the lifetime of the document.

If the contract drafter is not a specialist in the field to which the contract relates, he or she will first have to do proper research regarding the topic and the possible risks which may arise from same. A professional can not properly draft a risk-mitigating contract if he or she does not understand the nuisances of that sector.

Even if the agreement is prepared and researched properly by the professional authorised to do so, it will most probably still require some negotiation. In my two years of legal experience, I have not once seen an important agreement not been negotiated between the parties. To negotiate properly and to ensure that the terms of the agreement at the end of the day is still favourable to the client, the professional must ensure that it does not bend on the essentiala of the agreement.  It must also refrain from immediately giving the other party or its representative what it requested without getting something in return. A good negotiator never bends without the other party simultaneously doing so.

If negotiation begins however it is easiest to amend/revise the agreement on a platform that both parties can easily use and communicate on. Out of my experience, I would suggest that platforms such as Dropbox or Google Drive is used in conjunction with on-going verbal communication and negotiation.

After the contract has been drafted and negotiated, it is time for the relevant parties to place their signatures on the document to make it a legally binding agreement. Before the parties sign the agreement, the professional who is instructed to manage the contract must first ascertain whether the intended signatories have the necessary capacity to enter into the agreement. For example, a shareholder or director will only be allowed to enter into an agreement on behalf of the company if the signature is accompanied by the necessary resolutions. A married man will only be allowed to dispose of his immovable assets if the his wife consented to same in writing (Both above examples are applicable to South African Law and might differ to India’s law systems).

The Contract manager must therefore do it’s level best to ensure that he or she has done everything reasonably expected to mitigate risk prior to the parties entering into the agreement.

Usually, an agreement will include a “No waiver” or “No alteration” clause which means that the agreement cannot be unilaterally amended with the prior written consent of all the parties to the contract. Instances may however arise where all the parties have agreed to amend minor or sometimes even major terms of the agreement. Such amendments must however be reduced to writing to be effected.

The contract manager will therefore be tasked to reduce such agreed upon additional or alternative terms into an addendum to the agreement which must be signed by all the parties to the original agreement. Drafting of addendums may however, just like the original agreement, require preparation, research and negotiation.

Once the agreement has been signed and entered into, the designated contract manager must also ensure that both parties perform according to their obligations in terms of the agreement.  In an acknowledgement of debt agreement, the creditor’s representative must ensure that all payments are made on the dates set out in the agreement and may even sometimes be required to remind the debtor to make such payments. The auditing of payments will also be required for numerous other agreements such as lease agreements and loan agreements.

Contract Management, although sometimes overlooked by companies and individuals alike, are necessary for the effective implementation, regulation and protection of a company or individuals’ rights obtained through entering into an agreement.

Improved recoveries because of the Insolvency and Bankruptcy Code, 2016