This article is written by Kanishk Gambhir, pursuing a Diploma in M&A, Institutional Finance and Investment Laws (PE and VC transactions) from Lawsikho.com. Here he discusses “5 things an acquirer needs to consider in relation to ESOPs of the target company”. 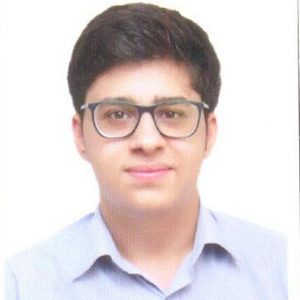 Merger and Acquisition have become a daily happening in today’s market environment. But behind every merger and acquisition, there are multiple complexities and unwanted consequences which can create a lot of difficulties and confusion post-deal.

An employee stock ownership plan (ESOP) is an employee welfare scheme that gives the employees an ownership interest in the company. They give the sponsoring company and participates various tax benefits making them qualified plans. This is an excellent corporate finance strategy as it helps aligns the interests of their employees with the companies.

So, the acquirer while acquisition needs to consider these 5 things in mind in relation to ESOPs of the target company.

Firstly, it is very crucial to remember what makes ESOP different than any other employees benefits. ESOP is designed for participation of employees primarily in their own company rather than other options or retirement plans which generally invest in other mutual funds.

When a stake is owned by ESOP in the company, generally it would be represented by a trustee who is just like a shareholder of the company who is entitled to participate in any transaction like the other shareholders. Further, many legal requirements are to be fulfilled with regards to the ESOP like providing them with a fair and adequate consideration and it should be in the best interest of the employees.

The most direct way that the employees or specifically ESOP participants become a direct part of the acquisition transaction is with regards to the approval process is the thorough control over the fully vested shares which have allocated to them and the decision making power in those shares allocated to them. Further, the ESOPs participants’ involvement is highly dependent on the type of allocated shares and the nature of the transaction.

So, the acquirer has to consider not only the external shareholders but the internal shareholders in the form of employees as well. He needs to provide them with an exit option as well if he is acquiring more than 26%. Further, he has to create a good rapport with these employees, if he is considering of running the company with the same set of employees as they have a stake in the company or otherwise even if they aim to buy their shares to get more control in the company.

The form of the transaction, whether an asset or a stock sale is generally the foremost issue to be considered in regards to determining the ESOP’s involvement in the acquisition transaction. It would further help to understand the type of liability that would be incurred by the acquirer.

If it is an asset purchase involving the company’s substantial assets, then the selling company’s ESOP would be required to pass through the voting rights on the transaction. Further, depending on the percentage of the stake owned by the ESOP participants there may affect the transaction. However, even though the buyer doesn’t have a liability with regards to such voting, they should make sure a fair process was followed to protect themselves from any future investigations.

However, if the transaction is arranged as a stock sale, then the interest of the ESOP participants would be represented by the trustee along with other shareholders. Stock sale would involve the usual presentation of an offer price for the shares and acceptance of the same. The trustee can decide whether the offer price is fair or not. However, generally, an independent trustee should be appointed so that the fairness of the transaction should be maintained.

Hence, the acquirer depending on the nature of transaction should make sure they fulfil all their duties and liabilities in regards to ESOPs to safeguard themselves from any future liability or litigation.

After the decision in relation to the form of the transactions, one of the most important steps would be determining whether an independent trustee should be appointed to represent the interests of employees with stock options in the acquisition transaction. This would, of course, be applicable to the situations where the current trustee who represents the ESOPs interest is an insider of the selling company. As in the case of an insider trustee, especially if they are the owner of the selling company, it would become very difficult to prove that they acted solely in the interest of the ESOP participants without bias during the acquisition transaction, which would be a requirement as a part of the fiduciary duty of the trustee.

Generally, in most of the situations, ESOPs would take part in the transaction of the actual sale and their interest should be represented through an independent trustee as mentioned above to safeguard against any future obstacles or litigations regarding the same issue but sometimes, redemption of such stock would make more sense when in situations like when the ESOP only own a small minority share in the company stock or where the stock would the subjected to redemption as per the terms of the agreement related to ESOPs.

In another case that is if the ESOP will participate in the actual merger transaction, the ESOP trustee would directly be a part of the main transaction and would take a part in negotiating and approving the purchase agreement. However, it can be very challenging as the independent trustee would try to negotiate different terms for the ESOP shareholders from the actual shareholders, for example, no or less liability in case of breach of warranties and representations as compared to the actual shareholders.

So, the acquirer should make sure initially itself what kind of transaction would he be dealing with in regards to the ESOP and whether there would be direct or indirect transaction related to the same as the ESOP could create a very big obstacle in the transaction.

ESOP, even though an effective motivation tool for employees in the ordinary course of the business, would lead to an addition of an extra cost as well as complexity in the routine corporate mergers and acquisitions. It involves the engagement of an independent trustee and an appraiser to represent a fair interest of the shareholders. Further, the closing of the deal is dependent upon the approval of the ESOP participants and depending on the percentage of the stake it becomes more and more challenging.

However, the cost incurred due to ESOP is manageable and the difficulties could be minimised with early planning and in-depth analysis of the type and nature of the ESOPs. Further, an informed approached by the buyer usually would mean a smooth transaction and a smoother transition from the old management to new management.

Students of Lawsikho courses regularly produce writing assignments and work on practical exercises as a part of their coursework and develop themselves in real-life practical skill.LawSikho has created a telegram group for exchanging legal knowledge, referrals and various opportunities. You can click on this link and join: