This article is written by Mayank Bansal, pursuing a Diploma in Cyber Law, Fintech Regulations and Technology Contracts from Lawsikho.com. Here he discusses “Legal Validity and Government Regulation related to Internet Shutdown in 2019”. 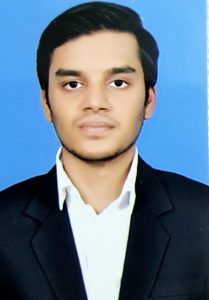 There is no doubt that the internet has become an integral part of our lives in the 21st century, especially since the last 4-5 years, thanks to the very affordable data rates in India. It has become a place and instrument for exercising the freedom of speech and expression of the individuals. However, in recent times it has been subject to indiscriminate shutdown in various places throughout the country. Software Freedom Law Centre (SFLC), a legal community that has been tracking internet shutdown since 2012 has reported that India has as many as 106 reported internet shutdowns in the year 2019. Moreover, this internet shutdowns have not only affected the fundamental right of speech and expression of the individuals but have also given the massive economic impact on the country. An article published in the business standard states that there has been a loss of $1.3 billion due to the internet shutdown in India in the year 2019, which lasted for around 4196 hours making India the third most economically affected country after Iraq and Sudan.

But before going further into any discussion, let’s firstly understand the concept of internet shutdown.

What is Internet Shutdown?

In simple words, internet shutdown is the restriction imposed by the government to prevent the general public from accessing the internet. This shutdown could be imposed in the whole nation, any specific place, city, location and for a specific period. Moreover, under exceptional circumstances, this shutdown may be extended to an indefinite period.

The Centre for Internet and Society in its 2016 has classified the internet shutdowns into six categories.

Until 2017, all kinds of internet shutdowns took place by the order under section 144 of CrPC (Law of Sedition). This provision authorizes the District and Executive magistrate to pass such orders which are deemed necessary for public safety and tranquillity. However, this provision had been widely discriminated in the nation for empowering the state to arbitrarily freeze the civil liberties of the individuals.

As a result, new rules were notified in the year 2017, amending section 7 of the Indian Telegraph Act with the intention of providing directions on how internet shutdowns could be ordered in the nation. These rules are referred to as Temporary Suspension of Telecom Services (Public Emergency and Public Safety) Rules, 2017.

Now as per these new rules, the power is conferred upon the Secretary to the Home Ministry/Home Department to issue a direction for suspending the telecom services. The rules also provide, that if the prior direction of the secretary could not be sought under any circumstances, then such an issue may be issued by an officer, not below the rank of a Joint Secretary to the Government of India. However, under such a situation joint secretary is required to take approval from the competent authority within 24 hours of issuing the shutdowns order.

This also means that now executive magistrate does not have any power to order the internet shutdown in any part of Nation, as they do not fall under the definition of competent authority prescribed under Rule 2(1) within the framework of the Rules. In simple words, these new rules have superseded the prior existing method of internet shutdowns in India i.e. order under Section 144 of CrPC.

As discussed above, prior to 2017 there didn’t exist proper directions for ordering the internet shutdowns in India and all the shutdowns in the nation took place by the order made under section 144 of CrPC. This provision gave the power to the executive magistrate to order internet shutdown, in “public emergency” and for “public safety”. However, the act itself lacks the definition of public emergency and public safety, which gave the arbitrary power to an executive magistrate to order the internet shutdown anytime, when they believe it necessary for public emergency and safety, due to this reason, the order under this section has been widely discriminated by the public.

Therefore, when initially the news about the introduction of new rules came out in the year 2017, it was believed by many experts, that now there would be fewer shutdowns in India because it seemed that this new rule would provide proper procedure and some safeguards against internet shutdowns in India.  However, to utter surprise internet shutdowns have drastically increased after the introduction of Temporary Suspension of Telecom Services (Public Emergency and Public Safety) Rules, 2017.

The major problem behind this is, that neither the parent act nor the suspension rules, defines anywhere the term “public emergency” and “public safety,” the sole two grounds on which the internet could be suspended in the nation. Although the suspension rules do prescribe a mandatory formulation of a review committee, to check whether the directions issued for internet shutdown are in accordance with the provision of suspension rules. But the member of this committee is comprised of members of the executive and there is no independent impartial body or committee to check the justification of internet shutdowns. Therefore, the flawed review committee formed under this suspension rules generally does not interfere with the order of internet shutdown passed by the government through its secretary of the Home Ministry/Home Department.

As a result of this, the internet has been shut down in a past for various silliest reasons. For instance, SFLC reported in one of their reports, that the Rajasthan government has on more than two occasions in 2018, has ordered internet shutdown, just to prevent cheating in examination. A local newspaper has rightly reported this ban with the headline “net bandi ne Rajasthan mein paida kiye notebandi jaise haalaat.”

Further, this suspension rule also didn’t envisage, any maximum time limit or the procedure for uplifting the suspension of internet services. While on the other hand, Section 144 of CrPC, which was earlier used to shut down the internet, duly provides under its sub-section 4 the maximum period of six months, for which internet services could be suspended. As a result of this, India has recently made a record for being the world’s largest internet shutdown in a democracy, by suspending internet services in the state of J&K for nearly 150 days.

On one hand, the Kerala High Court has passed a landmark judgement in the case of Faheema Shirin R.K. V. State of Kerala, wherein a student was expelled from her hostel, just because she protested against the hostel rules which did not allow her to use the internet and mobile phones. The High court, in this case, held that the “right to access the internet is considered as a fundamental right of the individual, which could not be taken away arbitrarily.

On the other hand, in the very recent protest over CAA and NRC, the state police of Delhi had ordered the shutdown of the internet in various parts of the city. Ideally, this order shall be considered as a gross violation of the suspension rules. But still, Delhi High Court has dismissed all the petition pertaining to internet shutdown in the city in the wake of CAA and NRC.

However, when the internet was shut down in the State of Assam because of the violent protest over the same issue of CAA and NRC. The division bench of Guwahati High Court in the case of Bansashree Gogoi V. UOI, directed the state to immediately restore internet services. Although, they allowed the state government to take appropriate steps towards curbing the dissemination of “provoking messages and videos” on social media platforms.

Importantly on 10th January 2020, the three-judge bench of Supreme Court in the writ petition of Anuradha Bhasin V. UOI, while hearing the matter of internet shutdown in the state of Jammu and Kashmir, held that the freedom of speech and expression and the freedom to practice any profession or carry any trade, business or occupation through the medium of internet enjoys constitutional protection under Article 19. Therefore, restricting such fundamental rights shall be in consonance with Article 19(2) and 19(6) of the constitution. Relying on this, the SC has provided various directions, which needs to be adopted while passing an order for internet shutdown. The brief of this direction is as follows:

We are yet to see the result of this judgement. According to me, this judgement has provided a ray of hope to Indian citizens by protecting their civil liberties. However, it needs to be determined, how well the government exercises the direction of the SC.

There is no doubt that the internet has become a vital medium of communication and trade in the contemporary world. Through the means of the internet, various platforms have been created to seek free opinions and expressions of the general public. Moreover, the majority of corporations has shifted their trade online. Therefore, an attempt by the government to arbitrarily suspend the internet services in the society, shall not only be considered as incorrect in the law but should be declared as unconstitutional.

I am not saying that every kind of internet shutdown shall be considered as unconstitutional and illegal, as in very extreme circumstances internet may be suspended in society for a short period of time. However, my sole emphasis lies on the fact that the power to shut down the internet services shall be vested through uninfluenced and justifiable laws. Adding to this, a proportionality test as prescribed by the SC in the case of Anuradha Bhasin V. UOI shall be strictly exercised by the government, before suspending internet services in any part of India, to ensure that internet services are only suspended by the government in extreme circumstances.

Also, I believe that this is the best time to raise our voice against arbitrary internet shutdowns. Since the Government of India, through these repeated internet suspensions is slowly and secretly proceeding with their policy approach to internet censorship. I fear to say that if this attitude of the government is not stopped immediately, then there is a very high possibility that we might soon be stepping towards China-style internet censorship, which is totally against the fundamental rights of citizens.