This article is written by Akanksha.

India being  a land of theism and spirituality, believes in child as a gift of god, transforming the idea of abortion as heinous crime or rather a taboo,  but the wave of modernization and post-colonial ideological conflict paved a path wherein, people tried to cope up between culture and current need, medical termination of pregnancy is one among the lot, which offered a sign of relief to all those women dying across nation in absence of safe and urgent abortion. Indeed, this was a ray of hope in the dark night carrying the burden of cultural propaganda. Yet the talk of need came down to the fundamental right granting equality and liberty in all sphere to everyone, irrespective of caste, creed, gender or sex bias, which promises to respect and accept everyone’s life and personal liberty with full dignity. But an interrogative mark tends to pendulate around this ideal Indian liberty asking, what about few rights associated to a woman in particular, an autonomous right of a woman on her womb, on her body, a right of abortion without ambiguous restrictions. This article is fairly dedicated to the pregnancy as well as abortion rights Indian  women possess and the right that  should be given to them  along with the relief that is upheld by MTP amendment bill 2020

What today India has is the tone of rights and duties available to all the gender but the situation has never been the same, this is not very different in the field of abortion and pregnancy laws as well. Today India is standing among 14 other countries where abortion is conducted on a broad scale of socio-economic circumstances rather than abortion on request. But the situation Before 1971, when India was in the lap of foreign conflict, women across nation was fighting merely for abortion rights, as aborting a child was a criminal offence, punishable under section 312 of IPC, 1860 which was parallel to the abortion caused by miscarriage intentionally. That was a time when maternal mortality rate was on its peak. Unsafe abortion and restrictive abortion law only contribute to women seeking illegal and unsafe operation. Monitoring the situation in place, the then ministry of health and family welfare in 1964 constituted Shah committee headed by Shanitilal Shah and the recommendation tabled by the said committee reflected the urgent need for stringent and appropriate abortion law in place, Medical termination of pregnancy act 1971 (MTP) was the aftermath of the report, that tends to govern abortion issues and conflict, this act was applied to all the states and union territories except Jammu and Kashmiri. The provisions enlisted in the act relaxed the repercussions followed by needed abortion.

All these cases tend to amend the MTP Act and to revise the legal limit for termination of pregnancy upwardly in the interest of women in this country.

Some of the aforementioned cases and verdict resulting in damage and conflict of interest and laws worked in collaboration and forced the government to come up with the recently approved medical termination of pregnancy amendment bill 2020.  This bill was introduced on March 2, 2020 by the Minister of Health and Family Welfare, Dr. Harsh Vardhan is an acclaimed move towards women’s right as this is the second time in past 49 years when our elected representatives have a time to invest in the matters such as abortion.  This bill tends to revise the old, misfit and underdeveloped act wherein the bill amends few provisions and state that a pregnancy may be terminated within 20 weeks, with the opinion of a registered medical practitioner. and the approval of two registered medical practitioners will be required only for the termination of pregnancies between 20 to 24 weeks.  The termination of pregnancies up to 24 weeks will only apply to specific categories of women, as may be prescribed by the central government.

This bill talks to constitute a medical Board which will consist of the following members: (a) a gynaecologist, (b) a paediatrician, (c) a radiologist or sonologist, and (d) any other number of members, as may be notified by the state government which will provide recommendation and approval in critical and  special scenario of abortion.

On the other hand, this bill touches the sphere of privacy, stating that no registered practitioner will be allowed to reveal the identity of the concerned women until specified by law in force.

It’s true that this 2020 MTP draft is considerable and more liberal when it comes to its application yet the arbitrary classification reflect the regressive mindset towards women’s right in-persona, After all the clauses and provision it seems that this bill is working in the right direction but the closer view of section 2(b) of this bill, portray that the extension is applied only to the vulnerable group of women which includes rape survivors, victim of incest, minors and the differently-abled women, the Bill does little to reform the defects inherent in India’s abortion policy. Further, the bill doesn’t recognise abortions as an extension of the right to bodily autonomy but as an extension from a criminal liability, where a woman can be held liable under the Indian Penal Code. Present India does not need a package of charity and restriction rather what India needs is the real evident right. A right to choose a circumstance and way she wants to live, a right to choose not only in giving birth but equally in abortion as stated by the honourable Supreme court of India in  A landmark judgement of Suchitra Srivastava & Another v. Chandigarh Administration case, where the court said that  ‘There is no doubt that a women’s right to make reproductive choice is also a dimension of personal liberty under Article 21. It is important to note that reproductive rights can be exercised to procreate as well as abstain from procreating”. India needs a law providing abortion on request as long as women’s health is not at stake., it has rightly been mentioned by Margaret Sanger that “No woman can call herself free until she can choose consciously whether she will or will not be a mother”. Denying this basic right suppresses efforts and initiatives claiming to be beneficial for the section of society as a right doesn’t hold good on the broken and shaken right in demand. 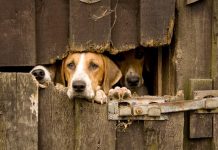 The cost of inaction and indifference : failed state of animal protection in India

Mistake of identity in contract : void or voidable