In this blog post, Pournami, a student pursuing a Diploma in Entrepreneurship Administration and Business Laws from NUJS, Kolkata, describes the concept of ‘Adaptation’ under Copyright Law.

The word ‘copyright’ is derived from the expression “copier of words”.  According to Black’s Law Dictionary, the word ‘copy’   means “transcript, imitation, reproduction of original writing, painting, instrument or the like”.  According to Oxford English Dictionary- ‘copyright’ is ‘the exclusive right given by law for certain terms of years to an author, composer, etc. (or is assignee) to print, publish and sell copies of his original work’. Earlier the subject matter of copyright was restricted to protect the literary and artistic work. But now the scope of copyright has increased, and it covers dramatic and musical cinematograph films. Thus copyright was originally intended for the protection of authors, artists and composers and to provide a legal foundation for the numerous transactions regarding payment to the authors, artists and composers for their work. By 1988 scope of copyright was extended by the courts to cover industrial designs for simplest articles and gave a very long period of protection (life of the author plus fifty years). Copyright also includes neighbouring rights that consist of the right of performers, rights of broadcasting organisation and rights of producers of phonograms. The primary function of copyright law is to protect from exploitation by other people the fruits of someone’s work, labour, skill or taste. 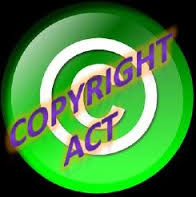 Copyright is an intangible property in nature. The owner creates the subject matter of the copyrights thus it becomes his property, and he can dispose of it by sale or license it. Ideas and thoughts are not protected under copyright law as they are not considered works of copyright law. But once it is reduced to writing or another material form it becomes worthy of copyright protection. Copyright is the creation of statute. It is granted and protected under Copyright Act. It is not a single right it is a bundle of rights. Those rights are:

The first act regarding copyright was, the Statute of Anne 1709, it gave authors of books the sole right and liberty of printing them for a term of fourteen years. Lord Mansfield said: “A person may use the copy by playing it, but he has no right to rob the author of the profit by multiplying copies and disposing of them to his own use”. ‘If something is worth copying, it is worth protecting’ this principle has heavily influenced the courts and Parliament for the last 200 years. The Berne Convention is one of the main important international treaties on copyright that provided copyright for a period of life of the author plus fifty years.

As far as Indian context is concerned, section 14 of the Copyright Act, 1957 provides several rights with respect to the work of the author. Section 14 deals with the definition of copyright as the exhaustive rights to do or authorise to do certain acts in relation to the literary, dramatic or musical works, computer programmes, artistic works, cinematograph films and sound recordings. The nature of the acts authorised by the Acts according to the subject matter of rights. The definition of ‘copyright’ extends only to those rights mentioned in section 14. 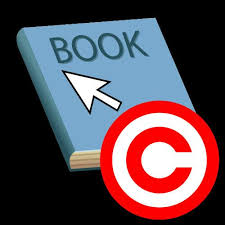 There have been several attempts that claimed that there exist customary right which permits the copying of content that is protected by copyright which the copyright would not allow. However, arguments- that custom allows copyright to be violated, have consistently failed. In Wyatt v. Barnard (1814), Lord Eldon pointed out that custom could not control the law. In Walter v. Steinkopff (1892), North J categorically stated “The plea of the existence of such custom, or habit, or practice of copying as is set up can no more be supported when challenged than the highwayman’s plea of the custom of Hounslow Heath. It has been often relied upon as a defence in such cases, but always has been repudiated by the courts.”

Copyright also protects ‘derivative works’ that includes translation, adaptation, arrangement of music and other alteration and modification of literary and artistic work- all receive the same protection as original works. Adaptation is generally perceived as a modification of original work to create another work. For example- adapting a novel to make a film or adapting a textbook that is originally written universities, to make it suitable for a lower level. In some countries, their legislation addresses adaptation as a separate right known as adaptation right. This right entitles the copyright owner to authorise or prohibit the creation and use of derivative works. The author of adaptation has her own copyright in derivative work it fulfils the conditions for protection. Section 2(a) of the Copyright Act, 1957 defines the word adaptation. 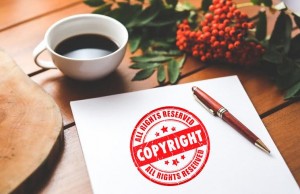 An adaptation under Indian law is basically a change of format i.e. a copyrighted work is converted from one format to another. If an adaptation is created by adding a significant amount of new material, then such work would not be considered as adaptation under Indian Copyright Act. The copyright in a derivative work will only extend to the material contributed by the adapter and does not affect the copyright protection given to the original material. According to copyright theory, adaptation is a work which is essentially the same as the original work although there may be a change in the format. If we refer to copyright theory and read it in conjunction with copyright law, it might be possible to argue that adaptations, derivations, and transformations, are distinct species although they belong to the same family. Adaptation and derivation both belong to one genus and transformation belongs to another genus.

• Adaptation is a work which is essentially the same as the original work although there may be a change in the format.

• A derivation is based on the original work but is different from it since it incorporates an original contribution from its creator.

• A transformation is a work which is completely new but is based on the raw data contained in the original work. 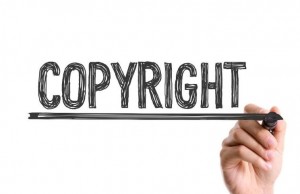 Some of the famous judgements of landmark case regarding the concept of adaption which might lead to a violation of copyright. In Hindustan Pencil Ltd. V. Alpana Cottage Industries, the Copyright Board of Goa held that, if similarities between the artistic works of the parties are fundamental and substantial in material aspects, then it would amount to the violation of copyright and the defendant’s copyright is liable to be expunged from the register of copyright. In R.G. Anand v. M/s Delux Films the court observed: “Where the same idea is being developed in a different manner, it is manifesting that the source being common, similarities are bound to occur. In such a case, the Courts should determine whether or not the similarities are on fundamental or substantial aspects of the mode of expression adopted in the copyrighted work with some variation here and there”. In other words in order to be the violation of copyright, the copy must be a substantial and material one which at once leads to the conclusion that the defendant is guilty of the act of piracy.

The manner in which works which are inspired by other copyrighted works would be treated by the Indian courts is extremely unclear. It is very ambiguous to determine the right of the author of infringing work if his infringing work does not fall under the definition of adaptation and Indian Copyright Act. As noted earlier definition of an ‘adaptation’ under Indian law is extremely narrow and limited and this limitation has created yet another grey area in Indian Copyright law.