This article is written by Kashish Khattar, Team LawSikho.

There have been reports that the cabinet is in the final stages of making a law that will comprehensively ban the use and trading of cryptocurrency in the country, following a judgment by the Supreme Court that held an earlier ban by the government unconstitutional.

This time, all the loopholes that the Supreme Court pointed out will be plugged through legislation so that the new ban can withstand legal challenges in the court.

Indeed, the government has the right and power to ban anything they wish to, although one may disagree with the purpose and intent. However, this news will devastate the Indian crypto and blockchain enthusiasts not only in India but perhaps around the world as one of the largest potential markets are being decisively cut off.

Crypto enthusiasts were excited earlier as the Supreme Court declared the RBI circular banning the trade of virtual currencies as ultra vires of the Constitution of India in March of 2020.

It was actually noted in the judgment that the Centre should pass a law to ban the trading of it so desired.

While the ban looks quite inevitable, sans any last moment intervention from senior political figures in the current ruling dispensation, which seems to be quite difficult though there are supporters of crypto in the ruling party and Indian political system, especially as the government is spending it’s political capital in a lot of different critical economic reforms at the moment.

It is not overstatement to say that the decision taken by the Indian government can be regarded as a cataclysmic one and will bury any hopes that Indian crypto startups were left with and the international crypto companies will probably lose the huge Indian user base they had accumulated.

In any case, most Indian crypto startups and blockchain developers have exited India and relocated themselves in more crypto friendly jurisdictions such as Japan, Korea, Malta, Australia, Dubai etc.

Let us now move on to dissecting the Indian crypto story.

What happened so far

In 2016-17, Indians were fascinated by cryptocurrency.

A lot of people were buying and holding crypto and speculating over the same, but there were also tons of blockchain and crypto startups creating innovative products. Some governments were showing a lot of interest in blockchain technology for various reasons, such as for land records. It is quite obvious to anyone familiar with blockchain technology that public blockchains can’t really function without virtual currencies of some kind. So there was a lot of optimism in the air about the future of crypto in India.

There was a massive demand for engineers who could do crypto and blockchain products.

It looked like India was emerging as a significant crypto market with a big local market as well as potential global impact. Some crypto exchanges in India raised a lot of funding and were clocking big trading volumes.

However, scammers jumped onto the bandwagon and started to dupe common people in the name of investment opportunity. It turned out that some criminals were using crypto to move money around as well.

Soon the government was all over this, and instead of regulating crypto, decided to nuke it by taking a very conservative stand on the issue.

Ban on cryptocurrencies by RBI

Reserve Bank of India released the circular that hit a nail into the coffin of crypto in India on April 05, 2018. The circular stated that it is banning any form of usage of cryptocurrency or virtual currency and prohibiting its member banks to deal in the trading of virtual currencies.

RBI in its notification gave the reasons for banning:

Further, RBI issued a circular on 6 April 2018 in the exercise of the powers conferred by various sections of the Banking Regulation Act, 1949; Reserve Bank of India Act, 1934; and the Payment and Settlements Systems Act, 2007. The title of the said circular is “Prohibition on dealing in Virtual Currencies”. The circular stated the same crux of what has been talked in the above paragraph. It mainly stated that there will be a total ban on trading and dealing in VCs in the country.

This led to a virtual shut down of the flourishing crypto industry in India.

SC lifted the ban on virtual currency in March 2020, almost 2 years later, while hearing the case of Internet & Mobile Association of India (“IMAI”). This landmark judgment (“RBI Crypto judgment”) has been penned down by HMJ V. Ramasubramanian. It is a hefty 180-page judgment which was heard by a 3 judge bench of the Apex Court.

By then, almost all crypto work, engineers and platforms had fled India to jurisdictions that allowed them access to the banking system and gave legal legitimacy.

However, a bunch of entrepreneurs and lawyers were fighting to reinstate crypto business in India.

The Apex court took Banning of Cryptocurrency & Regulation of Official Digital Currency Bill, 2019 into account. The bill included a fine or/and punishment up to 10 years of imprisonment, for engaging in any prohibited activities, such as mining, trading or selling crypto. The bill, however, had introduced the concept of ‘Digital Rupee’. This advancement clearly shows that the government was in favour of virtual currency in some form and didn’t want unregulated cryptocurrency.

Adding to it, the court also took into account “The Crypto-token Regulation Bill of 2018” that has regulations for exchange of cryptocurrency, which reflects an intention to regulate not ban.

The judgement further emphasized that decisions should not be made on imaginary damage, there has to be some concrete data or proof of the harm suffered by the users of VC. If RBI cannot prove any real damage, the crypto ban does not pass the test of doctrine of proportionality. In other words, does the measure justify its object?

The RBI couldn’t show that the use of VC trading was damaging.

After the judgement, there was a loud and clear cheer from the cryptocurrency community in the country. That was, however, pretty short lived.

The RBI made its stand clear that they want to appeal the judgment as they were worried that the whole banking system is at risk.

The Apex Court made sure in stating that even the circular in question was just a statutory direction. As and when the law does pass the parliament regarding crypto, it will have to conform with the doctrine of proportionality.

Future of crypto in India

It is hard to imagine that the crypto business in India will flourish if the government has a policy against it. Especially given the belligerent stance taken by RBI against crypto currency, we do not foresee a great future for this industry in India.

It would definitely mean that our economy will miss out an opportunity to participate in the massive global crypto market as well as the blockchain revolution underway.

But does this mean Indians have to miss out on this global opportunity altogether?

We don’t think so.

The government may or may not change its anti-crypto policy in the future, but there is an unprecedented opportunity for Indians to continue to work in the crypto industry in the post-pandemic work-from-home world.

Many Indians are working in crypto companies around the world as engineers, founders, administrators, marketers and in various other roles. Lawyers are not far behind either. This is one of the unusual areas of law practice which is very country agnostic and an area where Indian lawyers can make a difference.

Talking about opportunities for lawyers

The blockchain and cryptocurrency related law practice is a rapidly growing space.

The increasing use of this technology has given rise to a lot of complex issues related to the regulations, government policy, contracts, compliance, taxation and disputes.

Sometimes local legal expertise becomes important while a lot of this work is jurisdiction agnostic.

What kind of work do lawyers often do in this area of practice?

How can LawSikho help you become a tech lawyer?

It’s niche, global and lucrative if you have the right skills.

At LawSikho, we can help you to get started with our technology law diploma course.

You will also do well to develop some expertise in securities law and investment law.

If you want further guidance or a specific roadmap on how you can participate in the global crypto industry as a sought after lawyer, you can get in touch with us by replying to this and setting up a call. 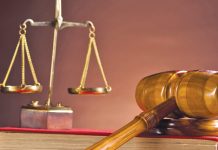 What is your brand as a lawyer or a legal professional 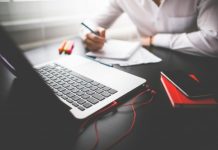 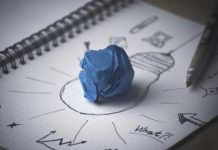 Why is intellectual property law so popular as a career