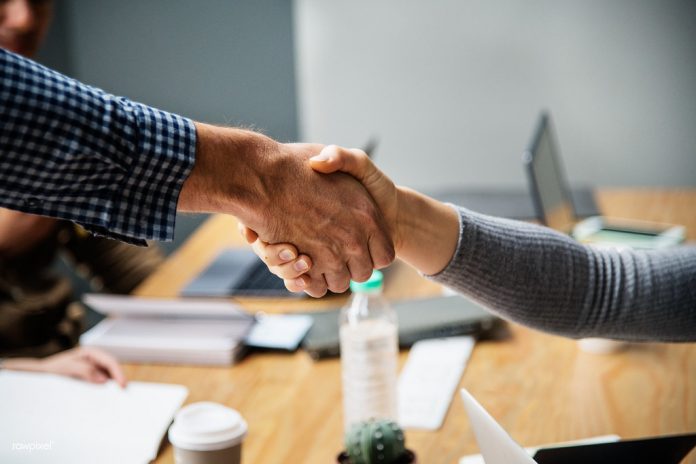 This article is written by Khushi Agrawal, a student of Symbiosis Law School, Noida. She has discussed the concept of agreements to do impossible acts in detail.

An agreement to do an act which is not possible is void.

Section 56 of the Indian Contract Act provides that any agreement to do an impossible act is void.

Frustration means a set of circumstances that arise after the contract has been concluded, the occurrence of which is not due to a party’s fault, and which makes it physically and commercially impossible for one or more parties to execute the contract.

Factors of Frustration of  Contract

The frustration doctrine arises because an action is impossible. For Satyabrata Ghose vs. Mugneeram Bangura & Co &Anr[1], ‘impossible’ in Section 56 of the Act was held not to be used. It may not be literally impossible to fulfil an act, but it may be unworkable and useless and if an unfavourable occurrence or a change of circumstances totally disrupts the very foundation on which the parties have negotiated, it is quite likely that the promising party finds it impossible to do the act he has promised to do. Therefore, if the object of the contract is lost, the contract will be frustrated.

The courts shall declare frustration of the contract on the basis of subsequent impossibility when it finds that the whole purpose or foundation of the agreement was frustrated by an intrusion or incident, or change of circumstances beyond what the parties were seeking to do at the time of the agreement. The changing circumstances make it impossible to execute this contract and, as they have not promised to exercise their power, they are exempted from further execution.

The impossibility envisaged by Section 56 of the Act is not confined to something that is not humanly possible, as in the case of Sushila Devi vs. Hari Singh.[2] The Court stated that if the performance of a contract becomes impracticable or useless in view of the object and purpose of the parties, it must be held that the performance of the contract has become impossible. But the supervening events should remove the very foundation of the contract and it should be of such a character that it strikes the root of the contract. As it had happened in a case of property lease which, after the unfortunate partition of India and Pakistan, the property in dispute which was situated in India, went onto the side of Pakistan, hence, making the terms of the agreement impossible.

Theories of the Doctrine of Frustration

The implied term test was adopted in Taylor v Caldwell[3]. This case first introduced the doctrine of frustration in English law and was later accepted and applied in a number of later judgments. This theory implies that the contract is discharged because the parties can be taken to imply that the contract would come to an end in the events that have subsequently occurred.

The court would have to read the contract in its subjective form and give effect to the parties’ real intention. It was stated in the Hirji Mulji v Cheong Yue Steamship Co Ltd[4] that the term is to be implied by law from the outset, in order to supply what the parties would have inserted if the matter had occurred to them; the law is only doing what the parties really meant to do for themselves. The theory cannot be supported in its subjective form, because the parties cannot be taken to have provided for something which did not occur to them.

This theory, like all the theories, was also based on the theory of the contract’s disappearance or on the foundations of the contract, except where the physical impossibility of executing the contract is established as was the case in Taylor v Caldwell.

The view,’ just and reasonable result,’ has abandoned the implied term and simply states that it is the law that the contract will come to an end in particular circumstances. The description of the circumstances is not stated except in so far as the court considers the termination of the contract to be fair and only result in all the circumstances of the case, i.e. in the absence of the parties express intentions, it simply determines what is fair, i.e. the court exercises its power to achieve a result which is just and reasonable or one which demands justice. The doctrine of frustration depends on the law’s intervention to impose a just and reasonable solution.

In Ocean Tramp Tankers Corporation v VIO Sovfracht[5], it was stated that “If during the execution of a contract, a situation is fundamentally distinct and for which no provision has been made by the parties so much so that it would not be just in the new situation to hold them bound in its terms, then the contract is over. The implied term theory is now discarded.”

The appropriate test now applied to determine whether the contract is frustrated the radical change in the obligation under the contract.

The Construction of Contract test sometimes called the Construction Theory, like the courts, as a matter of law, construe the contract in the light of the facts present at its formation, i.e. its nature and the circumstances surrounding it when it was made. After determining the obligation undertaken by the parties, the court must then find out whether there has been a radical change in that obligation or if the performance has been enforced in the changing circumstances that have subsequently arisen.

Frustration depends, at least in most cases, on the true construction of the terms read in the light of the contract and the relevant circumstances when the contract was concluded. True contract construction must depend on the import of the words used and not on what parties subsequently choose to say afterwards.

Section 56 and Rule of Construction

To determine whether the changed conditions destroyed the foundations and the underlying purpose of the adventure, the Court must review the contract, the circumstances in which it was concluded, as evidence of the parties, convictions, knowledge, and intention. In England, it is referred to as the Rule of Construction, while the Rule of Positive Law in India, is defined in Section 56 of the Act.

Changes in facts affecting contract performance can also be treated as straightforward construction issues without involving the doctrine of frustration. In Staffordshire Area Health Authority v South Staffordshire Waterworks Co[6], the question arose whether the phenomenal rise in water prices would frustrate an old water supply contract providing very low water rates. The court interpreted the contract and implied a term at a reasonable notice that the contract is terminable. In Ganga Saran v Firm Ram Gopal[7], the plaintiff and the defendant entered into five contracts under which the defendant undertook to supply 184 cloth bales made by Victoria Cotton Mills. The contract provided that the seller would continue to send the goods to the buyers as soon as the mills prepared them; they would continue to supply the buyers as soon as the goods were supplied to the sellers by the mills and the goods were supplied from the goods prepared by the mills. In a suit for damages for failure to deliver the goods, the defence of frustration by circumstances beyond the seller’s control are unsustainable. It was held that the contract did not depend on an uncertain future occurrence, i.e. the goods delivered by the mills.

The principles contain separate provisions to cover impossibility of performance and hardship.

The principles are based on the principle of pacta sunt servanda and stress that a party for whom its performance becomes generally more onerous is nevertheless bound to perform, but they allow adjustment of the contract in cases of hardship.

If a party proves that non-performance was caused by an obstacle beyond its control and that it could not reasonably have been foreseen by the party at the time of the agreement, nor could it have been avoided or overcome its effects, it will be excused from non-performance. If the obstacle is temporary, the excuse will be maintained for a reasonable time during which the contract performance will be affected. It must be notified of the impediment and its impact on its ability to carry out to the other party, otherwise, damage caused by the notice of non-receipt could be held liable.

Where the factual situation can be considered as hardship and of force majeure, the affected party may decide which remedy to pursue. The remedy for hardship will enable it to renegotiate the contract and keep it alive, and the remedy for the latter to have its non-performance excused.

Frustration of a contract makes the contract void and discharges the contractual obligations of the parties. However, Section 65 of the Act states that when an agreement has become void, the person who has received any advantage under such agreement is ‘bound’ to restore it or compensate it from whom it has been received. For example, X, a singer, contracts with Y, a theatre manager, to sing for two nights each week in the next two months at his theatre, and Y commits to pay her hundred rupees for each night’s performance. X wilfully absents from the theatre on the sixth night, and Y rescinds the contract. Y has to pay X for the five nights she’d sung on. The question arises whether this section also applies to contracts rendered void by frustration. Frustration of a contract occurs without any party’s fault or control, and therefore a party should not be made to compensate in such a case. However, failure to provide adequate compensation may also cause loss to the other party. Therefore, it is hoped that the Indian judiciary will shed some light on such issues and provide a suitable remedy for contract frustration cases.