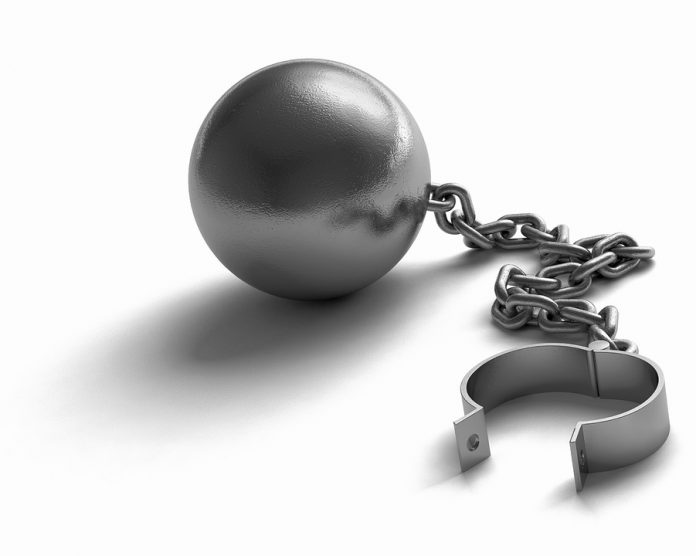 This article is written by Khushi Agrawal, a student of Symbiosis Law School, Noida. She has discussed the concepts of agreements in restraint of legal proceedings in detail.

An agreement is void if it restricts any person from enforcing his contractual rights through ordinary court proceedings or if it limits the time within which he may enforce his rights. The agreement is void if it extinguishes the right of any party to it, or releases any party thereof from liability, in respect to any contract on the expiry of a specified period so as to restrict any party from enforcing its rights, is void to that extent.

Impact of Indian Contract Act of 1996

The first paragraph of Section 28 of the Indian Contract Act has been replaced with a new paragraph. The new paragraph changes the entire base of the original Section 28. Therefore, it is clear that the purpose of this new paragraph in Section 28 is to state that if any clause in an agreement not only bars a remedy but also extinguishes the right, it will be void to that extent. It will, therefore, make a substantial change in contract law.

In  Vulcan Insurance Co. Ltd v. Maharaj Singh[1],  the Supreme Court held that a clause in an insurance policy to the effect that the insurer will not be liable for any loss if the claim is made 12 months after the loss is not void as it only provides for the right accruing under the contract to a party to be forfeited and does not attract the mischief of Section 28 of the Contract Act. This new provision which does not provide for any retrospective effect would render this decision not a good law from the date when this amendment comes into force. In this respect, another decision of the Supreme Court may be looked into.

In Food Corporation of India v. New India Assurance Co.Ltd.[2], the Supreme Court, also considering a clause in the fidelity insurance bond, held that it was clear from the agreement that it did not contain any clause which was found to be contrary to Section 28 of the Contract Act because it did not impose any restriction on filing a suit within six months of the date of termination of the contract as claimed by the insurance company, but what was agreed was that after the expiry of six months from the date of termination of the contract, Food Corporation would have no right under this bond and this clause could not be construed as curtailing the normal limitation period for filing the suit.

In National Insurance Corporation Ltd. v. Sujir Ganesh Nayak and CO.[3], it was held that the condition in an insurance policy relieving the insurer from liability for loss and damage unless the claim was raised before the expiry of the specified period from the beginning of the loss or damage, such a condition even if the period specified therein was shorter than that prescribed by the statute for filing a suit for that purpose is not hit by Section 28 of the Contract Act.

Section 28 is not retrospective. A contract specifies that if within the stipulated period the arbitration is not claimed, the party will lose the right to claim relief under arbitration. In a contract of Insurance, the policy provides that the claim under the insurance has to be made within the period stipulated therein. Otherwise, the benefits flowing from the policy would stand extinguished. The period specified less than the period of limitation provided in the Limitation Act for a suit under the contract. But such extension of right is impermissible under the amended Section 28 of the Contract Act. But considering the fact that the amendment was prospective in nature and the contract was entered prior to the amendment, the condition in the policy was held to be valid in the light of the provisions of Section 28 prior to its amendment in 1996 as happened in Oriental Insurance Co. Ltd v. Karur Vysya Bank Ltd[4].

Unilateral covenant depriving another party to enforce its right under the contract.

A contract entered into by the parties is stated as an international commercial contract and Clause 13 of the agreement provides a unilateral covenant by which the sellers alone would have the right to refer any dispute to the arbitration and to institute any suit against the buyers in any court of competent jurisdiction. Such clause being in the nature of unilateral covenant depriving the plaintiff buyer to enforce the rights under the contract, either through the arbitration or through ordinary civil court is barred under Section 28 of the Indian Contract Act as amended by 1996 Amendment – Emmsons International Ltd. v. Metal Distributors (U.K.)[5].

Under Section 28, an agreement which limits the time within which a party to the contract may enforce its rights is void to that extent. Therefore, under this provision, an agreement which provides that a suit should be brought for breach of an agreement within a period of time shorter than that provided in the Limitation Act is void to that extent. This is because the effect of such an agreement is absolute to restrict the parties from enforcing their rights after the expiry of the period specified in the agreement, even though it may be within the limitation period prescribed by the Limitation Act. Such an agreement must, however, be distinguished from those which do not limit the period within which a party may enforce its right, but which provides for the release or forfeiture of rights if no suit is brought within the period specified in the agreement.

Agreements provide that a person in whose favour a provision for maintenance has been made is not entitled to sue for arrear maintenance for more than one year, is held to be void- Swaraj Bandhu v. Gyanada Sundari.[6] Framed under Section 35 of the Post Office Act by which the liability in respect to sums specified by a remittance has been limited unless a claim is preferred within one year from the date of posting of the article is not only beyond the powers conferred by the Act, but also violative of Section 28 of the Contract Act- Union of India v. Mohd. Nazim[7].

On the contrary, a contract which does not limit the time within which the insured could enforce his rights and only limits the time during which the contract shall remain alive doesn’t offend Section 28- Pearl Insurance Co v. Atmaram[8]. It is clear that an agreement providing for relinquishment of rights and remedies is not valid, but an agreement for the relinquishment of the agreement is valid under Section 28. Therefore, a clause in an insurance policy making an award by an arbitrator as a condition precedent to the right of action against the insurer does not attract Section 28- National Insurance Co. Ltd v. Calcutta Dock Labour Board[9].

Limiting Jurisdiction of one or more Competent Courts

This section nullifies only that agreement which absolutely restricts a party to a contract from enforcing the rights under that contract in ordinary tribunals. It does not apply where a party agrees not to restrict the enforcement of its right in ordinary tribunals but only agrees to a selection of one of those ordinary tribunals where a lawsuit would normally be tried. The validity of an agreement whereby the parties prefer one of the two courts depends on the fact that both courts must have jurisdiction in deciding the matter. Where two or more courts have jurisdiction to try a lawsuit, there is no opposition to public policy or contravention of Section 28 of the Contract Act to the agreement between the parties limiting jurisdiction to one court.

Agreements extending the period of limitation

So far as Section 28 of the Contract Act is concerned, there is no doubt that this section has no application agreements extending the period of limitation. Such type of agreements by which the limitation period is extended contrary to that provided in the Limitation Act would be void under Section 23 of the Contract Act as it would have the effect of defeating the provisions of the Limitation Act- Jawaharlal v. Mathura Prasad.[9] There is a clear mandate in Section 3 of the Limitation Act that every suit instituted after a period of limitation prescribed by the Act shall be dismissed although limitation has not been set up as a defence.

No one can exclude themselves from the protection of the court by contract. The citizen has the right to have his legal position determined by the ordinary tribunals, except, subject to contract When there is an arbitration clause that is valid and binding under the law; when the parties to a contract agree on the jurisdiction to which the dispute relating to the contract shall be discharged.

If the limitation is not absolute, this section will not apply. Where one of two competent jurisdictions is excluded by agreement, that does not affect the absolute removal of jurisdiction and a clause does not infringe Section 28.

Agreement Restraining the Enforcement of Right

An agreement to not to sue for wrongful dismissal by a servant is invalid. Under this section, a special agreement was held void between a barrister-advocate and his clients that the latter would not be charged for fees. In Hyman v Hyman, a separation act covenant provided that the wife would not apply for maintenance to the divorce court and it was held that it was null and void as being contrary to public policy. But in a later case, the covenant of the wife not to invoke the divorce jurisdiction over maintenance for the child and herself was completely void. The agreement could be enforced in a case where the spouses agreed to a financial arrangement after the nisi decree, provided that the marriage houses be given to the wife, and she agreed to waive and relinquish all maintenance claims. The rule in Hyman v Hyman does not apply where the arrangement was brought before the court and the court passed an arrangement order.

Agreement not to appeal

An agreement where the parties to the lawsuit bind themselves before a judgment is passed in the court of the first instance to abide by that court’s decree and forgo their right of appeal is valid and binding. By the agreement not to appeal, for which the indulgence granted by the respondents was a good consideration, the appellant did not restrict itself entirely from enforcing a right under or in respect of any contract.