It is the primary objective of Competition law and policy of the country to ensure that every enterprise (statutory or non-statutory, public or private) involved in any commercial activity is at a level playing field with other players in the market. Therefore, it remains highly imperative that the policies of the state are also made keeping this objective in mind. The government may create an uneven playing field in the market wherein a State-owned enterprise (SOEs) competes with private firms, as they have a vested interest in ensuring that state-owned firms succeed. Accordingly, despite its role as regulator the government may, in fact, restrict competition through granting SOEs various benefits not offered to private firms. A glaring example of this is the preferential treatment meted out to Air India (national carrier).

Despite Air India’s corporate inefficiency and failure it not only survives today but is also given an edge over its other competitors in the market violating the principles of competitive neutrality (Competitive neutrality requires that government business activities should not enjoy net competitive advantages over their private sector competitors simply by virtue of public sector ownership). Following are the anticompetitive policies and laws in favour of the company-

The Aeronautical Information Circulars No. 08 of 2009 and the Air Corporation Act of 1953 provides for a special treatment to Air India with respect to allocation of traffic rights and access to government funding. According to these regulations Air India is given the discretion to choose the best available routes (which suits their customer expansion strategy). This gives them an unfair competitive advantage over other eligible Indian international carriers by refusing permission to these operators to fly internationally to a place where Air India has a well-established service provider.Therefore, Air India‘s favoured arrangement vis-à-vis other airlines leads to limiting the ability of other market players to compete.

Such preferential treatment not only limits competition among various market players but is also prejudicial to the interest of the consumers. For example, Jet Airways ‘inability to secure traffic rights to operate a flight to Paris, because Air India was exclusively awarded traffic rights to that destination, illustrates how consumer choice is adversely affected by this regulation. 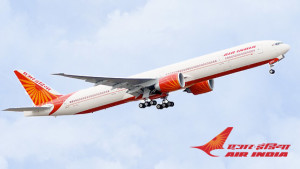 Further, Section 10 of the Air Corporation Act, 1953 provides that the Government may provide funds for capital expenditures as well as potential bailout funds for Air India. This regulation goes against the principle of competitive neutrality as it creates a framework through which Air India may apply for financial assistance from the government unlike any other airline. It may be concluded from this that the state policies is acting as a shield for the Airline as despite its flawed business decisions it remains unaffected by the market forces unlike its other competitors. Such protection from the state not only puts the other competitors in a disadvantageous position but also reduces the incentive of the company to compete in a healthy fashion and make good business decisions. Therefore, in order to bring such state run enterprises at a level playing field with the other private players, preferential treatment legislation needs to be revised.

Fortunately, these concerns have been acknowledged and lately, the Delhi International Airport Ltd (DIAL) has decided that they may extend the preferential treatment accorded to Air India to other airlines and alliances as well.