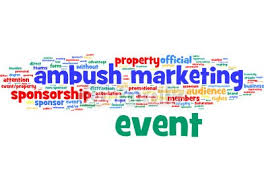 In this blog post, Abhiraj Thakur, student NALSAR University of Law writes about ambush marketing. While aiming to explain about Ambush Marketing, Abhiraj also describes the different laws that help protect consumers against the same.

Every day we see numerous advertisements on television depicting the speciality and characteristics of the product concerned, claiming it to be the one that you should buy. New goods and services are introduced in the market every day, but a hard fact is that no customer buys the good just by seeing it.[1] This is where marketing assumes the place of prime importance. Put in simple terms, Marketing encompasses a wide range of activities from promotion and pricing to the very conception of the good. It is a cautiously planned and skill based activity to sell ones’ product or service.

All most all companies today have active marketing teams that perform various activities to sell the concerned product or service so as to make profits and achieve organisational objectives. Marketing means having the know-how to sell your product. Today, the corporate world is dominated by aggressive marketing where companies go to every possible limit while promoting their product. Many a time these measures lead to practices that become unfair for the other companies. Ambush Marketing is one such unfair practice in the arena of marketing.[2]

First time used by marking strategist Jerry Welsh in 1984, Ambush Marketing refers to the practice of unfair utilisation of an event’s publicity to garner marketing advantage over competitors.[3]

When a company associates itself with a well-known event without contributing financially to it, it is said to be marketing its product in ambush or just ‘ambushing’. To gain marketing advantage is one of the obvious reasons to ambush marketing, some other reasons are:

Ensuring Maximum returns from Marketing: Aggressive marketing strategies in the corporate world are often accompanied by the huge outflow of money which raises the pressure to perform and achieve profits. Often ambush marketing is practised as a measure to gain maximum benefits in a short span of time.

Raising Brand Equity: Although unscrupulously, associating itself with a world known event often results in the rise of the brand value of the product. The impact of association with such events is direct and effective, it appeals to the minds of the audiences and further help in garnering potential customers.[4]

It is broadly classified into two categories, Direct and Indirect Ambush marketing. There have been numerous instances of both types ambush marketing in the past. 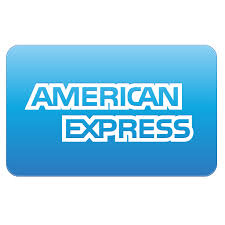 It is considered the most serious form of ambushing as it directly infringes the exclusive rights of usage of the aggrieved party. It is unauthorised use of symbols or other marketing elements by another company. The most well-known incidents of Direct Ambush marketing was the case of American express.[5] The company made unauthorised usage of Olympic logo during the 1984 summer Olympics to promote its credit card. This was done to gain an advantage over rival Visa Inc. Similar incidents happened with sporting events such FIFA world cup and US open in the decade of 1980s popularly referred to as ‘credit card wars‘.[6]

It can be done by two ways. Being onsite or by use of media. Onsite ambushing is done at the very site of the event concerned to be utilised for publicity. The case of Samsung Electronics v State of Atlanta dealt with onsite ambushing. The company Samsung electronics during the 1996 Atlanta Olympics projected its logo on CN Tower. As a result, the logo of the company loomed over the Olympic stadium. The company was alleged for ambush marketing and held liable for the same. 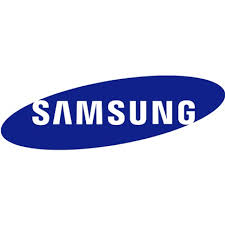 Ambush marketing by media is the most common form and is widely seen throughout the world. It is characterised by sponsoring the event and exploiting the publicity of it to as much as possible, often to unbound limits so as to reach a greater number of customers. A well-known instance is of McDonald and Wendy.[7] McDonalds became the sponsor for Olympics whereas Wendy was just ABC corporation’s (company responsible for broadcasting games in the US) sponsor of the game. To gain an unfair advantage over McDonalds, Wendy started using Olympic logo on its plates, bags and other items in all its restaurants. This was considered ambush marketing. Some of the well-known consequences of ambush marketing include decline in the commercial value of the event, adverse impact on the funding for the event and the most intriguing is that it creates an unhealthy competitive environment in the market

Ambushing is considered unethical and unfair in the world market and so companies often resort to legal means when they feel ambushed. In Indian context, one can get remedies under different laws once proved victim of ambush marketing.

The TRIPS agreement also talked of curbing unfair market practices. The trademark law in India stands in consonance with TRIPS. Section 2(b) of the Trademarks Act, 1999 describes trademark as a mark capable of distinguishing a good or a service from other. The companies can register their logos as a trademark and have an exclusive right of usage of it. So when another party uses it without authorization, they can claim remedy under the infringement of the trademark.

Once an original work gets a copyright, a wide range of rights flow from it. Original works of a company can be copyrighted and so usage for marketing by other entities can be prevented. The greatest limitation of copyright in cases of ambush marketing was iterated by Supreme court of India in the case of Castrol Ltd. v. V.O. Muralidhar Reddy. While ambush marketing, the company alleged of it just associates itself with the aggrieved company while to get the remedy law requires reproduction of the copyrighted work which in most cases is absent.

The most effective legal recourse for ambush marketing is considered to be in the arena of tort law. The tort of ‘passing off’ often comes to the rescue of companies being host to ambush marketing. Although not defined under the trademarks act, it is referred to in Section 27(2) of the Act. 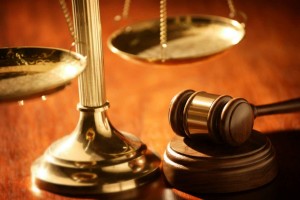 This section lays down the right of action against tort of passing off. For a plaintiff to succeed in the action of passing off, following essentials need to be fulfilled:

In the case of National Hockey League et al v. Pepsi Cola Ltd, the defendants Pepsi Cola promoted their product in such a way that it created confusion in the minds of common people that their product is endorsed by the plaintiffs and there exists a business relationship between the two which harmed the goodwill of the plaintiffs. The defendants were held liable for ambush marketing and made to pay compensation for the tort of ‘Passing-off’. Another case of same nature was of H.P Bulmer Ltd v J Bollinger.

A majority of cases dealing with ambush marketing are settled in light of tort law however some issues still exist that need to be sorted out:

Proving confusion in Market: The Element of Intent

One of the essentials to get a remedy in tort for ambush marketing is that there must be a confusion prevailing in the market. In many cases over the years, it is observed that it often becomes difficult for the claimant to establish such confusion. The case of ICC Development (International) Ltd. v. Arvee Enterprises and Anr. dealt with the issue of establishing confusion in the market. The court highlighted a significant difference between passing-off and ambush marketing. In former the court considered the element of deceit whereas in latter there is nothing. The court remarked that an ambush marketer does not seek to suggest any connection with the event but just gives his own brand, a larger public exposure, attached to the event, without any authorization of the event organiser. However, in such cases, there is no deception, therefore, the defendants’ conduct cannot be categorised as wrongful or against public interest and so they were not held liable.

In today’s era dominated by consumerism and a free market, it becomes very necessary to ensure free and fair competition. Unethical practices such as ambush marketing are an impediment to the notion of fair competition. These practices by disrupting the market harm the victim company as well the consumers and so need to be curbed at the earliest. Having a specific legislation against ambush marketing must be called for.  As Economist N. Gregory Mankiw puts in his book[8], ‘free and fair market is as necessary for a greater public good as water is to human body’.