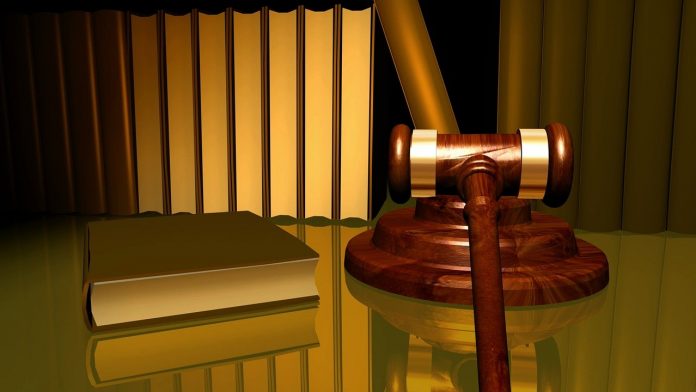 The abbreviation LEMOA stands for Logistics Exchange Memorandum of Agreement (LEMOA). LEMOA is a significant pact that strengthens and enhances India’s military ties with the United States. It is a revised version of the Logistics Support Agreement (LSA) that the US has with a number of countries with which it has close military cooperation. LEMOA permits the US and Indian forces to resupply from each other’s bases, as well as access supplies, spare parts, and services from each other’s land facilities, air bases, and ports, all of which can be reimbursed. Medical services, training, spare parts, fuel, food, water, transportation, clothing, repair, maintenance, and communication services are all included in the agreement.

India and the United States (US) signed the Logistics Exchange Memorandum of Agreement on August 29, 2016, during the visit of the then-Indian Defence Minister Manohar Parrikar to Washington, DC (LEMOA). Beginning with the Logistics Exchange Memorandum of Agreement (LEMOA) with the United States in 2016, India has inked several logistics agreements with all the Quad countries, and also France, Singapore, and South Korea. Because the two countries cooperate closely in the Indo-Pacific, LEMOA is particularly valuable for India – US Navy-to-Navy cooperation.

For India and the United States, the LEMOA is a big step forward. The agreement comes after more than a decade of talks, and it will serve as a catalyst for an automatic permission process for the two militaries to share facilities for various operations. This agreement will serve as a foundation for increased defence cooperation between the two countries. The most important part of this deal, however, is the strengthening of India’s military capabilities. India will have unprecedented access to the American military’s vast network of bases, many of which are strategically located. The deal will also strengthen India’s naval capabilities in the Indian Ocean region as China’s naval force grows.

What are foundational agreements

With its defence allies, the US enters into what is known as “foundational or enabling agreements.” The nature and scope of the US defence alliances are governed by these agreements. By sharing information, platforms, and logistics, partners help the US military improve its capabilities in far-flung locations. The United States is likewise eager to develop ‘interoperability’ with the defence forces of its defence partners. Interoperability entails force coordination in real-time.

The United States has signed fundamental agreements with at least 100 countries, the majority of which are based on a standard text. The General Security of Military Information Agreement (GSOMIA), the Logistic Support Agreement (LSA), the Communications and Information Security Memorandum of Agreement (CISMOA), and the Basic Exchange and Cooperation Agreement (BECA) for Geospatial Intelligence are examples of “regular” agreements. The agreements are “regular equipment that the US utilises to encourage military cooperation with partner-nations,” according to the Pentagon. The agreements, according to American officials, are not required for bilateral defence cooperation, but they would make carrying out defence tasks easier and more cost-effective.

Among the foundational agreements, the COMCASA (Communications Compatibility and Security Agreement) indicates one party is satisfied that encrypted systems can connect the two militaries, whereas LEMOA means one partner trusts the other enough to expose vital assets. The most recent agreement, BECA, allows the countries to transmit highly classified information in real-time without danger of being exposed.

The strengthening of military cooperation mechanisms between the two militaries must be viewed in the context of an increasingly assertive China, which poses a threat to a large number of countries in its neighbourhood and beyond, and has questioned a number of established norms and aspects of international relations.

Port calls, training, joint exercises, and humanitarian assistance and disaster relief will all be covered by the LEMOA. Any further requirements must be agreed upon by both countries on a case-by-case basis. This agreement allows these two countries to use one other’s military and naval assets for “certain types of actions.” It will increase the reach of the Indian navy and allow it to conduct far-reaching operations. This deal was struck at a time when tensions between the United States and China were rising in the Asia-Pacific region, and the strategic partnership between the United States and Pakistan was being redefined.

In recent years, the US and India have progressively increased their military ties, signing a slew of defence agreements and deepening military cooperation. In 2019, the two countries reached an agreement on defence transactions totaling more than $3 billion. Defense trade between the two countries has climbed from virtually nil in 2008 to $15 billion in 2019. This breakthrough in military cooperation between India and the United States traces back to the 9/11 attacks strikes.

During the 1971 Indo-Pak conflict, the United States supported Pakistan. India, on the other side, signed a 20-year pact of friendship and cooperation with the Soviet Union, reversing its Cold War policy of non-alignment. On 18th May 1974, India launched its first nuclear weapon.

This action contributed to a period of enmity between the US and India that lasted well into the next two decades. The Indian government announced successful nuclear tests in May 1998. These tests received widespread condemnation from around the world and severely harmed Indo-US relations. As a result, the United States levied economic and military sanctions against India. The United States immediately dropped all sanctions against India after the 9/11 attack. The United States and India decided to start a dialogue on energy security in 2005. The Indo-U.S. ties surged to new heights on 18th July 2005 when the U.S. and India negotiated the Civil Nuclear Cooperation Initiative, a ten-year defence framework that lifted the three-decade U.S. prohibition on nuclear trade with India. India agreed to separate its civil and military nuclear facilities and place all of its civil resources under IAEA safeguards as part of the deal. In October 2008, Congress provided final assent to the accord. Since then, the two countries found common ground on a number of regional and international concerns.

Implications of LEMOA for India and the US

The United States and India have praised the LEMOA as a watershed moment in Indo-US ties. The LEMOA has many implications for the nations which are both beneficial and disadvantageous.

Other US foundational agreements

India has signed all four foundational agreements with the US to advance in military relations. The LEMOA agreement is a Logistic Support Agreement (LSA) between India and the US. As mentioned above, it was signed in 2016 and by virtue of this agreement, the two countries that are parties to this agreement will be able to access each other’s military facilities for fuelling and logistics support on a reimbursable basis. Apart from the LEMOA, the three other foundational agreements of the US have also been signed by India during different years and these agreements (CISMOA, BECA and GSOMIA) have been adapted to suit the kind of relation expected between India and the US. The meanings and the significance of these other agreements are mentioned below:

The General Security of Military Information Agreement (GSOMIA), a more primitive version of COMCASA, was signed in 2002. It did not, however, encompass many of the sensitive technologies for which the COMCASA cleared the way. This agreement allows the two countries to share military intelligence and requires each government to protect the other’s confidential material. It includes explicit provisions for ensuring security standards for important information transferred between the US and India.

The Communications Compatibility and Security Agreement, or COMCASA, is one of four basic agreements that the US enters with allies and close partners to promote military interoperability and the transfer of high-end technology. The COMCASA is an India-specific variant of the Communication and Information on Security Memorandum of Agreement (CISMOA).

On September 6, 2018, India and the United States signed the COMCASA foundational or enabling agreement. The COMCASA has a ten-year validity span. COMCASA enables India to obtain specialised technology for encrypted communications for the US military platforms such as the C-17, C-130, and P-8I. These platforms previously relied on commercially available communication solutions.

The signing of COMCASA paved the path for the delivery of communication security equipment from the United States to India in order to enhance ‘inter-operability’ between their forces and perhaps with other militaries that rely on US-made systems for secure data communications.

The BECA was signed by the Indian defence minister Rajnath Singh on October 27th, 2020. BECA is the fourth and final of four basic defence agreements between the two countries, allowing for far more military collaboration in terms of technology, interoperability, and defence manufacturing. The signing of the BECA brings an end to a protracted period of mutual trust-building and paves the way for further security cooperation.

BECA is primarily concerned with geospatial intelligence and the dissemination of defense-related information on maps and satellite pictures. BECA will provide high-quality GPS navigation for Indian military systems, as well as real-time intelligence for missiles to precisely target the adversary. It will provide topographical and aeronautical data and products to facilitate navigation and targeting.

Due to LEMOA, both India and the US will be able to use each other’s military installations for reimbursable fueling and logistics support. This agreement will serve as a foundation for increased defence cooperation between the two countries. This deal has far-reaching consequences for the parties involved as well as other significant regional and global powers. The world now knows that India is no longer neutral and has become a strategic partner of the United States in the Asia-Pacific region which was asserted to the Global military structure through the signing of the foundational agreements with the US.