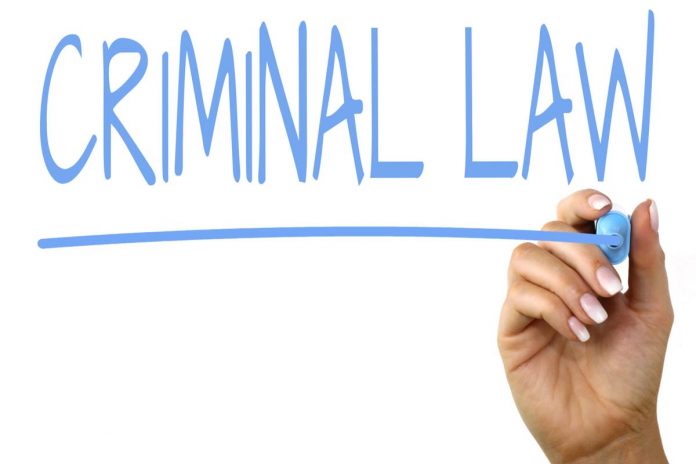 The article is written by Ansruta Debnath, a law student of National Law University Odisha. This article is an attempt to define the legal nitty-gritty of Section 509 of the Indian Penal Code,1860.

Eve-teasing is a common phenomenon in India. This article talks about Section 509 of the Indian Penal Code, 1860, which criminalises eve-teasing, the provisions involved, the only amendments relating to Section 509 (in Chattisgarh) and the overall issues involved.

Any person committing this crime is prescribed to be punished with simple imprisonment for a term which may extend up to three years, and also with a fine. Until 2013, the maximum punishment for this crime was simple imprisonment that might extend up to one year fine or both. However, by the passing of Act 13 of 2013 i.e., The Criminal Law (Amendment) Act, 2013, imprisonment was made mandatory and not interchangeable (according to the will of the sentencing authority) with a fine. Further, the maximum term for imprisonment was altered and increased.

Classification of the offence

The offence under this Section is cognizable, bailable and compoundable with the permission of the Court before which any prosecution of such offence is pending and triable by any Magistrate.

Criminal laws and procedural laws are part of the Concurrent List of the Seventh Schedule and thus states can also amend the Indian Penal Code, provided their amendment is not contradictory to the Centre, which will lead to the prevalence of the Central law.

Section 509 has been amended by only one State, i.e., Chhattisgarh, which has been discussed in this part of the article. Through Section 6 of Chhattisgarh Act 25 of 2015, Section 509-A and Section 509-B has been inserted after the primary text of Section 509 in the Penal Code.

This Section talks about sexual harassment by relatives. This Section specifically criminalises any act that has the intention to insult the modesty of a woman by any person who is related to a woman by blood, adoption or marriage (apart from her husband). Criminalization of those acts which take advantage of the relational proximity and induce, seduce or threaten women has been done through the addition of this Section.

The punishment that has been prescribed is a minimum of one and the maximum of five years of rigorous imprisonment as well as liability to fine.

This Section talks about sexual harassment by electronic modes. It states that whosoever makes, creates, solicits or initiates the transmission of any comment, request, suggestion or image that has obscene or lewd content, is said to commit this offence. Moreover, to constitute this offence, there needs to be an intention to harass or cause discomfort and mental agony to a woman. The knowledge that such content will cause harassment or discomfort is also sufficient to constitute an offence under this Section. The punishment prescribed is rigorous imprisonment of six months to two years along with a fine.\

Is Section 509 IPC a meaningful provision in the current times

While assault cases were governed by separate provisions, Section 509 was incorporated within the Penal Code to punish lewd verbal and non-physical attacks against women. Further, Section 509 had also been seen to be used in harassment cases in the workplace. While a formal Act, Sexual Harassment of Women at Workplace (Prevention Prohibition and Redressal) Act, 2013 (the POSH Act) has been enacted for these issues, this Act only invites civil damages and remedies while the criminal provision has jail term provisions. The POSH Act also is limited to the workplace while Section 509 is universal, thus making the latter still relevant. Section 509 is also important as it criminalises seemingly trivial acts like a stranger inviting a woman for a bike ride (In the case of Abhijeet J.K. v. State of Kerala (2020), it was held that an “act of affront to the decency and dignity of a woman cannot be considered as trivial in nature”).

As seen in almost all sections related to sexual harassment and assault, they criminalise offences against women and not men, thus excluding a wide section of the population consisting of males and transgenders. Moreover, modesty has often been equated with chastity, which shows the wrong conception of the sexual dignity of women. While the intention of this Section is well-founded, the aim of this Section, apart from protecting sexual dignity also perpetrates certain ideas of controlling it. Any act that violates anyone’s sexual integrity and bodily autonomy should be a crime regardless of whether it “insults” someone’s “modesty” or not.

Having said that, this Section sufficiently has been able to give a structured redressal mechanism to women, who are constant victims of eve-teasing. However, a major impediment to women getting justice is the innate internalisation of eve-teasing as normal by women and lack of sufficient awareness. Lack of fast court mechanisms is also a major impediment to prompt reporting of such events, making women feel it’s better to tolerate them rather than getting into the hassle of court mechanisms. Obviously, the most ignored issue is that the root of all these problems is the sickeningly patriarchal view of women in society, something that even in the twentieth century has not been rectified.