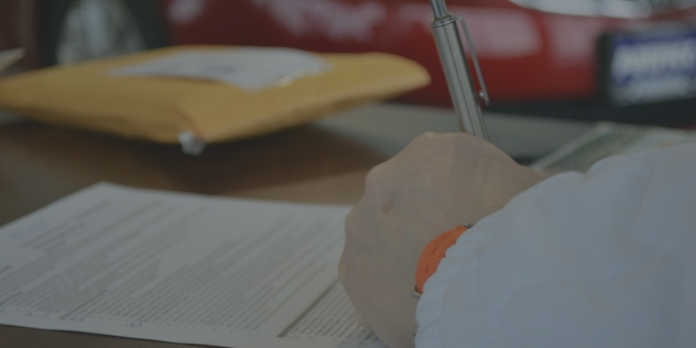 Many times it happens that a person dies intestate (without leaving a will or testamentary will) in such cases the property of that person is inherited by his/her legal heir. Then it’s up to the heirs as what they want to do with the said property. If the heir’s come to the conclusion of separation of property, then anyone of the co-owner (who is not willing to keep the property) can relinquish his share in favour of the other owner. This process of transferring property from one owner approving the other is known as “Relinquishment of Property”.

Relinquishment deed is a legal document/instrument where a legal heir gives up or releases his legal rights in an inherited parental property for another legal heir such as his mother, son, daughter, brother, sister, etc.

Who can Relinquish Property

The relinquishment of property can only be done by someone who has a share in the property. In case there is more than one owner in a property, either of the co-owners can do relinquishment. For a valid relinquishment, the essentials of a valid contract are to be followed other than the compensation.

In whose name can a property be Relinquished?

A property can also be transferred to minors; such cases will be governed by the Indian Contract Act, 1872.

Illustration: A died intestate leaving behind his three sons. A’s property was equally shared by the sons. Later, one of the son X because of some personal reasons relinquished his property to Z (his friend) for consideration which is not a valid relinquishment.

As a relinquishment deed is a legal document by which a person formally gives up his claim to another person, the said deed must be systematically executed and registered as per Section 17 of the Registration Act, 1908.

Is it possible to register a document at a person’s private residence?

Under Sections 31 of the Act, a provision has been made authorising the Registering Officer, on special cause being shown ( for instance if the person is physically handicapped ) to attend at the residence of any person desiring to present a Relinquishment Deed for registration and accept for registration such a deed, provided Registering Officer is satisfied that the particular cause shown as sufficient.

Relinquishment takes place when the person who is supposed to heir the property waves off his right by transferring it to someone else. A deed is just a binary contract with more complex collateral.

Deed of relinquishment will only be considered valid in following situations:

A relinquishment deed is irrevocable as it can only be set aside on the similar grounds a contract can be set aside.

Grounds for revocation of relinquishment deed

How to challenge a relinquishment deed

The grounds for cancellation of relinquishment deed are similar as that of revoking a contract (of course, there is no consideration and price involved in the deed), these are as follows:

Any other similar grounds

So, the deed can only be revoked when there is a lack of free consent and cannot be simply set aside on any other grounds as per your whims and wishes.

Secondly, both the parties must give their consent to the cancellation, that is, the person who relinquished his property and in whose favor it was relinquished. But in a situation where the beneficiary person is unwilling to cancel the deed, you can approach the civil court for cancellation of the deed.

Limitation period for challenging: Three years as per the Limitation Act. (Commences from the day when the right is being infringed).

The unregistered relinquishment deed is not a valid deed in law and can’t be contested in court. As far as any transaction to immovable property shall be valid only when the deed executed, is registered by properly paying stamp duty and the registration charges.

Section 17 (1) b of the Registration Act mandated that any document which has the effect of creating and taking away the right in respect of any immovable property must be registered and section 49 of the Act imposes bar on the admissibility of an unregistered documents and deals with the documents that are required to be  registered under section 17 of the act .

Relinquishment Deed and the Rule of Spes Successionis Under Muslim Law

Chapter 6 of the Mulla’s “Principles of Mahommedan law” relates to the concept of transfer of spes successionis which has also been termed as “renunciation of a chance of succession.” It says that, the chance of a Mahommedan- heir apparent succeeding to an estate can’t be subject to a valid transfer or release.

The Supreme Court has examined the applicability of the concept of ‘Spes Successionis’ in Shehammal v. Hasan Khani Rawther. The two important questions which came up before the Court in this case was:

The Court in this case, watered down the concept that the chance of a Mohammedan heir apparent succeeding to an estate cannot be the subject of a valid transfer on lease and held that renunciation of an expectancy in respect of a future share in a property in a case where the concerned party himself chose to depart from the earlier views, was not only possible, but legally valid. The Court referring to the case of Mt. Khannum Jan v. Mt. Jan Bibi, wherein it was held that “renunciation implies the yielding up of a right already vested.” For example, renunciation during the mother’s lifetime of the daughter’s shares would be null and void on the ground that a daughter does not get the right over the property before the mother dies.

The Courts have however, held that, “under the Muslim Law an expectant heir may be part of a course of conduct which may create an estoppel against claiming the right at a time when the right of inheritance has accrued”