This article is written by Atul Agarwal, pursuing a Certificate Course in Arbitration: Strategy, Procedure and Drafting from Lawsikho.com. Here he discusses “Impact of Recent Amendments in Arbitration Law in India”. 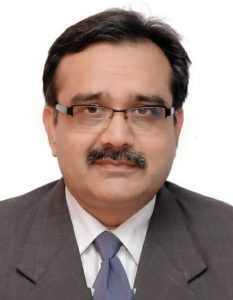 Retrospective nature of the 2015 Amendment

The 2019 Amendment relaxes the strict time-period for the conclusion of arbitration proceedings as suggested by the 2015 Amendment to a certain extent.

The 2019 Amendment releases international commercial arbitrations from a pre-determined time-period, although retaining a provision for completion thereof within a period of 12 months from the date of completion of pleadings.

In the case of domestic arbitration, the time period of 12 months (extendable by 6 months subject to consent by the parties) for the conclusion of the proceedings is now to be calculated from the date of completion of pleadings instead of the date of constitution of the arbitral tribunal.

Further, a period of six months’ time has been prescribed for the filing of the Statement of Claim and Defence. But it is uncertain as to what are the consequences of a breach of the six-month period by the parties.

Mandate of the Arbitrator(s)

The 2019 Amendment stipulates that when the parties have approached the Court with an application under Section 29A for extension of time for the conclusion of the arbitration proceedings, then the mandate of the arbitrator(s) shall continue till the disposal of the said application.

Yet further, it has also been provided in the 2019 Amendment that if a Court deems it fit to effect a reduction in the fees of the arbitrator(s) while considering such an application, it shall do so only after giving the arbitrator(s) concerned an opportunity of being heard in the matter.

The 2019 Amendment incorporates a precondition for the arbitrator, the arbitral society involved and the parties themselves to maintain the confidentiality of all arbitration proceedings, except where disclosure of the award is necessary for the purpose of its implementation and enforcement.

Interference with an Award under Section 34:

A modification brought about by the 2019 Amendment is in relation to the manner of substantiating the pre-requisites for intervention with an award under Section 34. Whereas the provision in the 1996 Act required a party to ‘furnish proof’ of the existence of conditions that would validate an interference with the award, the 2019 Amendment elucidates that the said circumstances have to be established on the basis of the record of the arbitral tribunal. Not only does this removes the ambiguous requirement of furnishing proof, yet it expressly clarifies that the demonstration must be made by the party concerned based on the record of the arbitral tribunal alone.

Power of Arbitrators to make orders under Section 17

The 2015 Amendment had permitted the parties to obtain interim procedures from an arbitral tribunal under Section 17 of the 1996 Act during the pendency of the arbitration proceedings or at any time after the making of the award, but before it was enforced in accordance with Section 36.

This period for which the arbitral tribunal can order interim relief has now been reduced in the 2019 Amendment, by the removal of the said power after the making of the arbitral award. This means that after the making of an award and before its enforcement, it is the concerned Court only which can be approached for interim measures under Section 9 of the 1996 Act. This ties in with the general prescription that the arbitral tribunal is by and large functus-officio after the passing of the award except for certain limited functions such as those mentioned in Section 33 of the 1996 Act.

The 2019 Amendment also gives security for arbitrators and elucidates that no legal proceeding shall lie against an arbitrator for anything done in good faith or intended to be done under the 1996 Act.

The function of appointing arbitrators has now by the 2019 Amendment been permitted to be delegated to an institution to be so elected by the Court concerned. The applications for an appointment which were up till now to be filed before the Supreme Court, in the case of international commercial arbitration, and the High Court, in the case of domestic arbitration, are now to be filed before the institution designated by the Supreme Court and the High Court respectively.

Applicability of the Fee Provisions

The 2019 Amendment proposes that in the absence of a designated arbitral institution, the High Court is required to maintain a panel of arbitrators and if a party were to appoint an arbitrator from such a panel then the fee as stipulated in the Fourth Schedule shall be applicable to the arbitrator appointed.

Establishment of the Arbitration Council of India

The central government has been given the power to constitute the Arbitration Council of India. It needs to be seen what the relevant regulations in this regard would be set up for clarity on the scope of powers and functions of the council.

The ability to be an arbitrator is expressly tied-in with qualification and experience. Further, any person having been convicted of any offence involving moral turpitude or an economic offence would fall afoul of these norms. However, both these qualifications and norms, are introduced by the 2019 Amendment in relation to Section 43J which pertains to accreditation of arbitrators by the Arbitration Council of India.

While the aim of the 2019 Amendment Act is to promote arbitration, and strengthen institutional arbitration in India, the proposed changes to the Act may force India to take two steps back as an arbitration-friendly jurisdiction. Some of these issues may be resolved over time through judgments of the court. Foreign parties may not be inclined to seat their arbitrations in India, till such time that these issues are resolved.