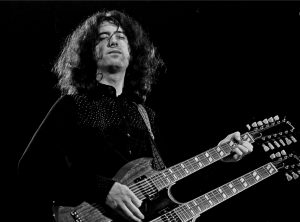 In a somewhat puzzling development, a copyright infringement lawsuit was filed on May 31st in the United States District Court for the Eastern District of Pennsylvania on the ground that a substantial portion of Led Zeppelin’s iconic song ‘Stairway to Heaven’ was copied.

The lawsuit, brought by the estate of the late musician Randy California against surviving members of Led Zeppelin and their record company, primarily alleges that the famous guitar arpeggio opening of ‘Stairway to Heaven’ was copied from the 1968 single ‘Taurus’ by a band named Spirit. Interestingly, the suit has been filed by the estate of Randy California, who was the lead guitarist for Spirit, 17 years after his death in 1997.

It is pertinent to note that this lawsuit has been filed with the primary goal of seeking damages and writing credit for Randy California.

According to the plaintiffs, Led Zeppelin, which was still a nascent band in the 1960s, was profoundly influenced by Spirit – an extremely popular band in the United States at that point in time.

More specifically, they allege that Jimmy Page, Led Zeppelin’s guitarist, used to closely follow Spirit’s performances and was familiar with ‘Taurus’. In fact, they have even alleged that Page confessed in several interviews that he was an ardent follower of Spirit and that the band’s performances influenced him at a visceral level.

“Well, if you listen to the two songs, you can make your own judgment. It’s an exact … I’d say it was a

rip-off. And the guys made millions of bucks on it and never said, ‘Thank you,’ never said, ‘Can we pay you some money for it?’ It’s kind of a sore point

with me,” the plaintiffs quote California as saying.

How can the plaintiffs prove copyright infringement?

Generally speaking, copyright infringement can be proven by direct evidence e.g. admission of copying, which is highly difficult, or circumstantial evidence.

In case of circumstantial evidence, it is critical for the plaintiff to show that:

American courts generally apply an inverse ratio rule which essentially implies that, higher the level of access to the plaintiff’s work, lower will be the level of similarity that the plaintiff needs to show between the two works.

In this case, it is abundantly clear that Led Zeppelin had ample access to ‘Taurus’ because the two groups performed together in at least 5 concerts and festivals and, as mentioned earlier, Jimmy Page himself confessed that he was deeply influenced by Spirit’s performances.

That being said, the main question which the court will be required to answer in this case is whether the two works sound substantially similar from the standpoint of ordinary listeners i.e. whether the 2 works have the same aesthetic appeal and/or the same concept and feel.

Led Zeppelin may be able to escape liability by proving that elements of ‘Taurus’ that are believed to have been copied do not enjoy copyright protection as they are commonplace musical elements in accordance with the scenes a faire doctrine.

Similarly, they may claim that the similarity between the two works is so trivial that it would be overlooked by most listeners and thereby seek protection under the doctrine of de minimis copying.

Timing of the lawsuit:

The decision of California’s estate to file a lawsuit more than four decades after ‘Stairway to Heaven’ was released has certainly raised quite a few eyebrows.

Even though they contend that they were unable to seek justice at the appropriate time due to financial constraints, many people believe that their action reeks of desperation and was actuated by nothing more than the desire to acquire a slice of the lion’s share of revenue that ‘Stairway to Heaven’ has been able to generate owing to its immense popularity.

It is dismaying to note that cases of this sort are no longer the exception and are slowly but surely becoming the norm.

While it is true that charges of copyright infringement should never be taken lightly because every individual has the right to seek protection for his creative expression, it is equally essential to design more effective ways of clamping down on vexatious and frivolous charges that are filed decades after the release of the contentious work.

As the lawsuit has been instituted after more than 4 decades have elapsed since the release of the song, California’s estate will have a hard time proving that there were genuine reasons for the delay. Even if they are able to overcome this hurdle, proving infringement would still be highly difficult.

On account of the high stakes involved in this case, it is likely that Led Zeppelin will seek to settle this case out of court.

Indeed, the band has been able to effectively settle copyright infringement disputes pertaining to a large number of its songs including ‘Whole Lotta

Love’, ‘Dazed and Confused’, ‘The Lemon Song’ and ’Babe I’m Gonna Leave You’ in this manner.