The recommendation of a Green Channel, similar to those in international locations like Singapore, Australia, New Zealand and Malaysia was given effect in India by way of ramification of a new Regulation 5A to the CCI (Procedure in regard to the transaction of business relating to combinations) Regulations, 2011 vide an amendment dated August 13, 2019. Drawing inspiration from the custom department, the Competition Law Review Committee, which was set up in the year 2018 to review the competition law framework in India, advocated the advent of a Green Channel mechanism to deal with the combinations which are not likely to result in any appreciable adverse effect on competition. Ergo, India’s anti-trust watchdog announced Green channel route which essentially is a gadget providing for speedier automatic approval for combinations.

Administration of Mergers and Acquisitions (M&A) to make sure that there is no adverse impact on competition is a key regulatory function of CCI. In order to streamline this procedure and to make M&A filings approval faster, the CCI as a part of its ongoing and regular efforts has delivered an automatic system of approval for combinations under the name of Green Channel. Under this process the parties to Combination can receive an on-spot approval from the CCI, instead of waiting for the 30-working day period. The combination is, deemed to have been approved upon filing the notice in the prescribed format, i.e. FORM 1, along with the declaration specified in Schedule IV. Upon submission of a notice and acknowledgement thereof, the proposed combination shall be deemed to have been approved by the Commission under Section 31(1) of the Competition Act. Accordingly, this process appreciably reduces time and cost of transactions and contributes towards the vision of ease of doing business in India.

Prior to the Amendment

Under the Act, a combination is described as the acquisition of one or more enterprises by one or more persons or mergers or amalgamation of enterprises. Underneath the afore functioning procedure of Indian Competition law, where a combination transaction betwixt parties breached the threshold limit of combined assets/turnover, they were subsequently obligated to notify CCI these transactions. All notifiable transactions were notified to the Commission in either Form I or Form II for seeking assent. This led to a strapping delay in the consummation of the transaction. Now, after the notification of 13th August 2019, the parties (who fulfils and meet the criteria described below) are not required to wait for the approval of the Commission to consummate a notifiable transaction.

The Green channel mechanism incorporated by the Competition Commission of India provides for a speedy and transparent review of combination cases, however it does strike a balance between facilitating and enforcement function of the CCI by prescribing a strict test for what kinds of transactions qualify for the Green Channel regime. Qualification Required for Green Channel:

As per Regulation 5A, the parties to the categories of combination ought to furnish notice as per the revised FORM 1 along with a declaration as per Schedule IV. In order to have a comprehensive picture of the combination, the Amendment Regulations 2019 amplified the scope of Form I and restructured it to introduce certain additional items.

Additional details that are required at present, pertain to the details of:

No risk of any adverse effect on competition

The Regulation insinuates that the Proposed Combination should raise no risk of any adverse effect on competition according to Section 6(1) of the Competition Act, and in addition to that it is also to be submitted under the green channel route that the Parties do not have any:

These overlaps are commonly inspected in the context of a ‘relevant market’. A transaction qualifies for the Green Channel regime handiest where parties don’t overlap in any plausible relevant market. Additionally, at the same time as figuring out overlaps, the absence of overlaps must be confirmed, not only amongst transacting parties, but also their respective organizations and the entity in which parties, directly or indirectly, hold shares and/or exercise control.

Once these criteria are met and the notice for the same has been filed to CCI via Form I, then, after receiving the acknowledgement from the CCI, the transaction will be deemed to be approved and parties will be able to consummate the transaction immediately.

In order to avail the benefit of the Green Channel route, the parties are required to present the notice in Form I (typically referred to as Short Form notification), along with the declaration specified in Schedule IV. In obedience to Regulation 9(1) of the Combination Regulations, in case of an acquisition or acquiring of control of the enterprise, it is the acquirer who ought to do the needful documentation and file the notice. Whereas in accordance of Regulation 9(3) of the Combination Regulations, in case of a merger or amalgamation, it is the parties to the combination who shall jointly file the notice.

Regulation 5(2) of the Competition Commission of India (Procedure in regard to the transaction of business relating to combinations) Regulations, 2011 provides for filing of Form 1 along with the evidence of payment of requisite fee by the parties. The Form is categorically Divided into 8 parts:

Furthermore, the notifying party needs to confirm and declare that:

To restrict misadventures, the alterations to the Combination Regulations in addition offer that if the CCI, in the wake of acknowledging the notice, finds that the events do not fit the criteria for the Green channel route, then, at that point, the transaction would be considered void ab initio. It implies that the parties will be required to document a new notification to show the eligibility under the green channel route.

In the event, the parties are found to have consummated the transaction, then such parties will be alleged guilty and mindful of gun-jumping. This will eventually pull in the penalty under Section 44 of the Competition Act, 2002 which makes a person liable to penalty which shall not be less than 5 million rupees, but which may extend to 10 million rupees.

There are primarily two challenges which are faced while opting for the green channel route, firstly being the difficulty in meeting the qualifying criteria and secondly being the absence of clear structure.

Difficulty in meeting the qualifying criteria

The Green Channel route proffers a Fastrack approval of combination, albeit the situations to be fulfilled are too restrictive. Schedule III calls for parties to make certain that there are not any horizontal, vertical or complementary overlaps in all doable alternative markets. The incorporation of this expression has sweeping implications and makes an overlapping analysis quite arduous in application. The analysis will now need to run for all possible alternative market definitions which make the whole exercise exceptionally difficult and may limit the exercise of this option. It is pertinent to mention that the aforementioned criteria is categorically more burdensome for the pooled investment and big conglomerates which have an extensively varied portfolio.

Further there are vulnerabilities which circles around its structure. For instance, Complementary business is a newly introduced expression and there is no steerage at the interpretation of complementary activities.

Prior to the green channel route, under Competition Commission of India, any sanction under the act had to seek permission from CCI stating that the proposal does not cause an adverse impact on competition and post which the parties may execute the proposal. Predominantly the Green Channel Route aimed to sustain and promote a speedy, transparent and accountable review of combination cases, strike a balance between facilitation and enforcement functions, create a culture of compliance and bolster economic growth. Withal, the amended regulation provides for a basic, single rundown of the proposed combination making it easier and precise, unlike the previous times, where, a short and a long summary, both were to be provided significantly reducing time and cost of transactions. However, it suffers from various shortcomings and there is always a possibility of grey areas amounting to be the absence of the definition or explanation for the term complementary overlap, which can make the term vague. In like manner, the amendment regulations are silent on which parties are to be assessed while seeking the Green Channel Route. Moreover, no threshold of holding or curbing of parties or their respective group entities for disqualification of combinations to be taken under the Green Channel Route is provided either. It is, for the matter of the reality, true that the amendment regulations have been beneficiary in less wastage of time and money but it has certainly raised some practical challenges and red flags which cannot be avoided. Essential facility doctrine under Section 4 of the Competition Act, 2002 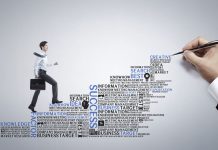 Specializing as a litigator focusing on Competition Law 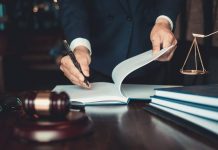 How much do competition lawyers get paid in India