This article is written by Devansh Sharma, a first-year student at Law School, Banaras Hindu University. In this article, the author discusses provisions related to the Lokpal and Lokayukta. The writer also puts light on the limitations and reforms needed for the Lokpal.

Maladministration is like a termite that slowly erodes the foundation of a nation. It hinders administration from completing its task. Corruption is the root cause of this problem that our country faces. Though there are many anti-corruption agencies in India, most of these anti-corruption agencies are hardly independent. Even the CBI  has been termed as a “caged parrot” and “its master’s voice” by the Supreme Court of India.

Many of these agencies are only advisory bodies with no effective powers to deal with this evil of corruption and their advice is rarely followed. There also exists the problem of internal transparency and accountability. Moreover, there is not any effective and separate mechanism to maintain checks on such agencies.

In this context, an independent institution of Lokpal and Lokayukta has been a landmark move in the history of Indian polity which offered a solution to the never-ending menace of corruption. It provides a powerful and effective measure to counter corruption at all levels of the government.

What are Lokpal and Lokayuktas?

The Lokpal and Lokayukta Act, 2013 mandated for the establishment of Lokpal at the Union level and Lokayukta at the State level. Lokpal and Lokayuktas are statutory bodies and these do not have any constitutional status. These institutions perform the function and role of an “Ombudsman” (an official appointed to investigate individuals’ complaints against a company or organization, especially a public authority). They inquire into allegations of corruption against certain public bodies/organizations and for other related matters.

The story of the Lokpal and the Lokayukta has a long story. Lokpal and Lokayukta is not Indian origin concept. The concept of ombudsman originated in 1809 with the official inauguration of the institution of Ombudsman in Sweden. Later in the 20th century, after the Second World War, the institution of ombudsman developed and grew most significantly. Countries like New Zealand and Norway also adopted the system of ombudsman in the year 1962. This system proved extremely significant in spreading the concept of ombudsman to other countries across the globe.

Great Britain adopted the institution of the Ombudsman in the year 1967, on the recommendations of the Whyatt Report of 1961. Through the adoption of such a system, Great Britain became the first eminent nation in the democratic world to have such an anti-corruption institution. After great Britain, Guyana emerged as the first developing nation to adopt the concept of the ombudsman in the year 1966. Subsequently, this concept was further adopted by Mauritius, Singapore, Malaysia, and India as well.

In India, the former law minister Ashok Kumar Sen became the first Indian to propose the concept of constitutional Ombudsman in Parliament in the early 1960s. Further, Dr. L. M. Singhvi coined the term Lokpal and Lokayukta. Later in the year 1966, the First Administrative Reform Commission passed recommendations regarding the setting up of two independent authorities at the central and at the state level. According to the commission’s recommendation, the two independent authorities were appointed to look into complaints against public functionaries, including members of Parliament as well.

After the recommendations from the commission, the Lokpal bill was passed in Lok Sabha in 1968 but lapsed due to the dissolution of Lok Sabha. Since then, the bill was introduced many times in Lok Sabha but has lapsed. Till 2011 as many as eight attempts were made to pass the Bill, but each of them failed.

Before 2011, a commission, headed by M.N. Venkatachaliah, was also set up, in the year 2002 to review the working of the Constitution. This Commission recommended the appointment of the Lokpal and Lokayuktas. The commission also recommended that the Prime Minister ought to be kept out of the ambit of the Lokpal. Later in 2005, the Second Administrative Reforms Commission chaired by Veerappa Moily came up with the recommendation that the office of Lokpal needs to be established without delay.

Though all these recommendations were never given the due preference, the government in 2011 formed a Group of Ministers, chaired by the former President Pranab Mukherjee. These groups of ministers worked to examine the proposal of a Lokpal Bill and to suggest measures to tackle corruption.

Not only the administration and the government but even the people of India felt the need for such a system to be introduced into the Indian governance system. India rose into a nationwide protest for Lokpal. The “India Against Corruption” movement was led by Anna Hazare to exert pressure on the United Progressive Alliance (UPA) government at the Centre.

This bill also amended Section 44 of the Lokpal and Lokayukta Act 2013. Section 44 of the Act dealt with the provisions of furnishing of details of assets and liabilities, within 30 days of joining the government service, of any public servant. This amendment replaced the time limit of 30 days. It stated that the public servants will make a declaration of their assets and liabilities in the form and manner as prescribed by the government.

In the case where any non-governmental organization receives funds of more than Rs. 1 crore from government or receives foreign funding of more than Rs. 10 lakh then the assets of the trustees and board members were to be disclosed to the Lokpal. The bill provided an extension to the time limit given to trustees and board members to declare their assets and those of their spouses.

Structure of the Lokpal

Let us try to understand the structure of the Lokpal. Lokpal is a multi-member body consisting of one chairperson and a maximum of 8 members.

The person to be appointed as the chairperson of the Lokpal must be either:

The judicial member of the Lokpal must be either:

The non-judicial member of the Lokpal needs to be an eminent person with flawless integrity and outstanding ability. The person must possess special knowledge and an experience of a minimum of 25 years in matters relating to:

Term and appointment to the office of Lokpal

Lokpal Chairman and the Members can hold the office for a term of 5 years or till they attain the age of 70 years, whichever is earlier. The members and the chairman of Lokpal are appointed by the president on the recommendation of a selection committee.

The selection committee consists of:

As per the Lokpal Act of 2013, the Department of Personnel and Training needs to create a list of candidates who are interested to become the chairperson or members of the Lokpal. The list was then to be presented to the proposed eight-member search committee. The committee on receiving the list shortlists the names and place them before the selection panel, headed by the Prime Minister.

The selection panel has discretion in selecting the names from the list presented by the search committee. In September 2018, a search committee was constituted by the government which was headed by former Supreme Court judge Justice Ranjana Prakash Desai. The Lokpal and Lokayukta Act of 2013 also mandates that all states must set up the office of the Lokayukta within one year from the commencement of the Act.

Jurisdiction and powers of Lokpal

The Jurisdiction of Lokpal extends to:

The Jurisdiction of the Lokpal extends to the Prime Minister, except in the cases of allegations of corruption relating to:

The jurisdiction of the Lokpal does not include ministers and members of Parliament in the matter relating to:

The Lokpal and Lokayukta Act states that all public officials need to furnish their assets and liabilities as well as their respective dependents. The Lokpal also possesses the powers to superintendence over the CBI. It also has the authority to give direction to CBI. If a case is referred to CBI by the Lokpal, then the investigating officer in such a case cannot be transferred without the prior approval of the Lokpal. The powers of a civil court have been vested with the Inquiry Wing of the Lokpal.

The Lokpal also possesses powers regarding the confiscation of assets, proceeds, receipts, and benefits arisen or procured by means of corruption in special circumstances. It also has the power to make recommendations regarding the transfer or suspension of public servants connected with the allegations of corruption.

Lokpal is capable of giving directions to prevent the destruction of records during the preliminary inquiry.

The institution of Lokpal came up as a much-needed change in the battle against corruption. The Lokpal was a weapon to curtail the corruption that was spreading in the entire administrative structure of India. But at the same time, there are loopholes and lacunae which need to be corrected. The appointing committee of Lokpal consists of members from political parties that put Lokpal under political influence.

There are no criteria to decide who is an ‘eminent jurist’ or ‘a person of integrity’ which manipulates the method of the appointment of Lokpal. The Lokpal and Lokayukta Act 2013 failed to provide any kind of concrete immunity to the whistleblowers. The provision related to the initiation of inquiry against the complainant, in cases where the accused is found innocent, leads to discouraging people from making complaints. One of the biggest lacunae is the exclusion of the judiciary from the ambit of the Lokpal.

The Lokpal does not have any constitutional backing. Also, there are no adequate provisions for appeal against the actions of Lokpal. The states have complete discretion with respect to the specific details in relation to the appointment of Lokayukta. The need for functional independence of the CBI  has been catered to some extent, by the change brought forth in the selection process of CBI’s Director, by the Lokpal and Lokayukta Act.

The Lokpal and Lokayukta Act also mandates that no complaint against corruption can be registered after a period of seven years from the date on which the mentioned offense is alleged to have been committed.

In order to tackle the problem of corruption, the institution of the ombudsman should be strengthened both in terms of functional autonomy and the availability of manpower. The appointment of Lokpal in itself is not enough. The government should address the issues based on which people are demanding a Lokpal. Merely adding to the strength of investigative agencies will increase the size of the government but not necessarily improve governance. The slogan adopted by the government of “less government and more governance”, should be followed in letter and spirit.

Moreover, Lokpal and Lokayukta must be financially, administratively and legally independent of those whom they are called upon to investigate and prosecute. Lokpal and Lokayukta appointments must be done transparently so as to minimize the chances of the wrong sorts of people getting in. There is a need for a multiplicity of decentralized institutions with appropriate accountability mechanisms, to avoid the concentration of too much power in any one institution or authority. 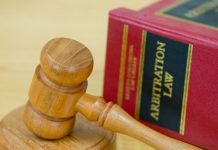 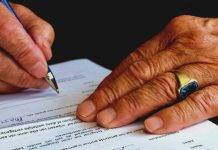 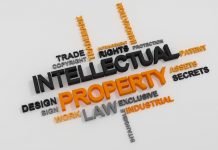