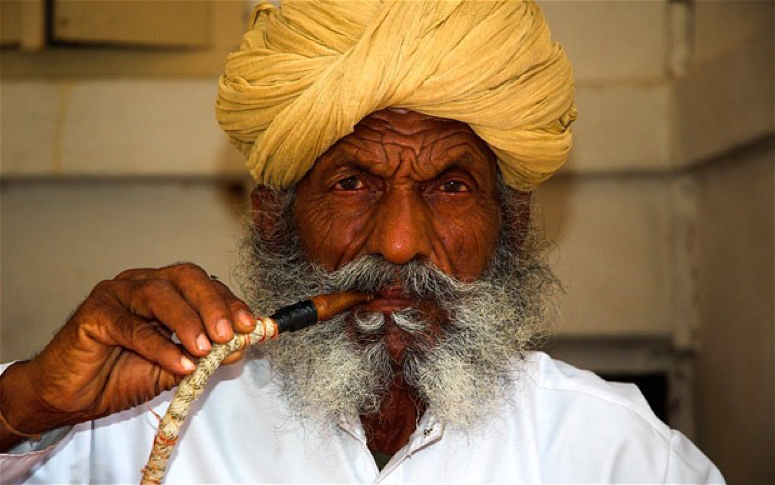 In this blog post, Disha Pareek, a student of RGNUL Patiala critically analyses the smoking laws prevalent in the country.

Hookah culture in India isn’t a new concept but has been prevalent since the Mughal period. Today, many big chains of hotels, restaurants, bars and cafes openly serve hookah, and it is as of now, more of a fashion statement than an addiction. Earlier, the villagers in the name of tradition smoked hookah not as custom but as a sign of prestige and royalty.

The World Health Organisation (WHO) defines tobacco as a product that contains “nicotine”, which is the most addictive psychotropic substance. Tobacco products are made entirely or partly of the leaf of the tobacco plant (used as raw material), and they can be smoked, sucked, chewed or smothered.[1] Smoking tobacco is a fashion in India. According to Global Adult Tobacco Survey (GATS) India, in the year 2009-10, nearly 35% Indians consumed tobacco in various forms.

It was earlier believed that only cigarettes contained tobacco, but the truth is that tobacco is consumed in various forms. Earlier tobacco was consumed in bidis or hand rollers, but now tobacco is sold under different names like hookahs, pas masala, etc. A report by WHO says that around 12% of world’s smokers are Indians.[2]

How can a Person Apply for a Retail Tobacco License

If any person wants to sell tobacco products in retail, he has to apply for a tobacco license, and it would be specifically for one outlet. There is a whole different process for a registered company or a sole proprietorship. Getting a retail license and tobacco permit is a must for opening a hookah bar as well.[3]

Hookahs come within the ambit of Section 3 of Cigarettes and other Tobacco Products (Prohibition of Advertisement and Regulation of Trade and Commerce, Production, Supply, and Distribution) Act, 2003.[4] The current laws on the legality of hookah parlors should be kept in mind for various groups including those who want to open such a lounge or a person who simply wants to consume hookah.

There are other laws as well that asks for non-smoking in India. The first being The Indian Railways Act, 1989 which prohibits smoking in any compartment of the train[7]. Secondly, the Workmen’s Compensation Act, 1923[8]  aims at protecting the rights of the employees, and by which the employer is liable to compensate the employee where they are exposed to toxic chemicals by way of smoking. Other than the laws mentioned above and regulations, even the Constitution of India; Preamble, Fundamental rights, DPSP comes into the picture.

Laws Relating to Anti-Tobacco in the Indian States

Different states in India by their state laws have banned smoking. The first in this list is Chandigarh from the year 2007. This was a major step, and many other states took a cue from the initiative.  Authorities even used Section 144 of Criminal Procedure Code to ban smoking. Let’s look at the other states where smoking is banned. Hookahs which contain alcohol are prohibited under COTPA Act, 2003 but now even flavored, or herbal hookahs are also available which do not contain nicotine (cancer-causing substance) and as a relief to restaurant operators they can legally open herbal hookah bars/lounges.

They are not covered in the ambit of Cigarette and other Tobacco Products Act, 2003.  Amid this discussion came a ruling of the Delhi High Court,World Lung Foundation, South Asia v. New Delhi Municipal Council,[4] in which the court ruled for National Restaurant Association India (NRAI) and held that herbal hookah flavors would not be considered as tobacco as prescribed in the COTPA Act, 2003. The court also opined that the restaurant owner could legally provide the services of a nicotine-free hookah without any legal barrier.

Section 144 of the Criminal Procedure Code

Section 144 is amongst the wide powers conferred upon the executive magistrate in dealing with emergent situations in a specific locality or a town when there is a nuisance or some danger, and the court can order restraint on the personal liberty of an individual.[5] And in various states, this power was used to curb hookah bars. As the commissioner of Gurgaon invoked Section 144 and was followed up by an immediate effect.

However in the case of Restaurant and Lounge Vyapari v The State of MP,[6]the court held that the seizure of hookah bar is not permissible even by Section 144 of the Cr.P.C. and the powers under this section cannot be used in an arbitrary way.

Since the inception of the hookah culture in India, it has been seen in a spate of controversies. And now and then, some or the other states put a ban on sale and consumption of hookahs. In Titanic v. Dy Police Commissioner[7] the court opined that children below the age of 18 are attracted towards hookah bars, and therefore it put a ban on the consumption of hookah in restaurants.

There is a thin line of distinction between a liberty and license. And when liberty becomes license, dictatorship is near. There is a huge difference between a law on paper and in reality. Although age restriction is there in the law very rarely, this has been followed. There must be some valid reason to ban the consumption of hookahs, mainly because many times they contain an excessive amount of nicotine. There is an easy access of hookah to children below the age of 18 in our country.

Moreover, the legal procedure for acquiring a license for establishing a hookah bar depends on the money quotient, meaning thereby that anybody who can pay a lot of money can easily open a lounge. More or less, the procedure nowadays has become very easy, and just by obtaining a Trade License from a local authority one can set up his hookah parlor.

But looking at the present scenario of India, the need of the hour is that law should meddle whenever the legal procedure hasn’t been complied with so that only those people consume it who are legally authorized to and who know about the consequences of their respective acts. But, simply banning something would not help, it could further aggravate the situation as it leads to curiosity in the minds of children and youth, and they might try to opt for an illegal way of doing that.

The COTPA (Amendment) Bill, 2015[11] has been proposed by the Ministry of Health and Family Welfare so as to amend certain provisions of the current law.