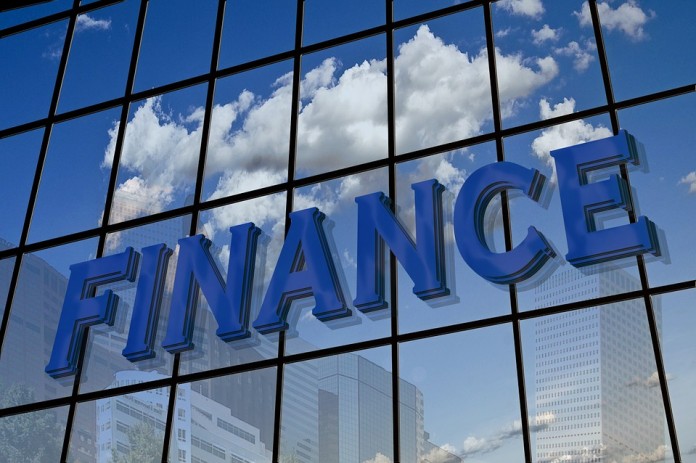 This article is written by Saurav Kataria, of H.P. National Law University, Shimla. In this article, the author has discussed the 15th Finance Commission and briefly analyzed its report.

About the Finance Commission

The Commission will examine the Union’s and States’ current financial situation, including deficits, debt levels, cash balances, and efforts to maintain fiscal discipline, and will recommend a fiscal consolidation roadmap for sound fiscal management, taking into account the responsibility of the Central Government and State Governments to maintain appropriate levels of general and consolidated government debt and the Commission may also look at whether the revenue deficit grants should be granted.

The Commission has used the population data of the 2011 census which is different from other commissions in which the 1971 population census was also included.

It is also known as the devolution of the taxes of the Union to States. For the period of 2021-26, the share of states is recommended to be 41% in the central taxes which is the same as that of 2020-2021. However, this is less than the 14th Finance Commission share which was 42%. The Commission has said that the grants from Central resources to the states were reduced because they have to adjust that 1% for the newly formed union territories of Jammu Kashmir and Ladakh. It was done to maintain stability among the resources during this pandemic.

It is also termed as allocation between the states. The horizontal devolution is categorized into various heads for different areas and the weightage is given accordingly.

The criteria are given as follows maximum weightage is given to the income factor which is 45% of the share, next is given to population and area which is 15% for each, next head is of demographic performance which is given a share of 12.5%, next 10% share is given to forest and ecology and at last 2.5% to tax and fiscal affairs and this all heads combine of 100%. This is how the share is allotted between the states. This is the same as of the year 2020-21 we can see this in the table mentioned below also it covers the difference from 14th Finance Commission.

All the above-mentioned numbers are in percentage.

Grants to be provided from centre’s resources

Following are the grants mentioned which will be provided from centre’s resources:

The 15th Finance Commission will provide an amount of Rs 2.9 lakh crore to 17 states to eliminate the revenue deficit.

States will get a grant of Rs 1.3 lakh crore for 8 sectors which are health, school education, higher education, implementation of agricultural reforms, maintenance of PMGSY roads, judiciary, statics, and aspirational districts and blocks. Also, the commission has kept a portion for the performance-linked incentives in the grant.

A state-specific grant of Rs 49,599 crore is recommended by the commission and it should be given in the areas of social need, administrative governments, infrastructure, water, and sanitation, preservation of cultural-historical monuments, high-cost physical instruction structure, and tourism. A high-level committee should be established to review and monitor how the state-specific grounds are utilized as recommended by the Commission.

The grants to local bodies will be distributed based on the population and area of the states with a 9:1 ratio respectively; these grants are other than the health grants. The commission has fixed some conditions for availing these grants. The entry-level criteria include (i) the publication of preliminary and audited accounts in the public domain, and (ii) the establishment of minimum property tax floor rates by states, as well as improvements in property tax collection. If the state on the recommendation does not constitute a State Finance Commission then no grants will be given to local bodies after March 2024.

Disaster management will have a total of Rs 1.6 lakh crores of funds in which the Centre’s share will be Rs 1.2 lakh crore. The  Commission also recommended that the fund should be divided in the existing pattern, that is the Centre to state ratio for the northeastern and Himalayan states will be 90:10 and for the other states, it will be 75:25.

The Modernisation Fund for Defence and Internal Security (MFDIS) would be established as a special non-lapsable fund to fill the gap between budgetary requirements and capital spending in defence and internal security. Over the next five years, the fund is expected to have a corpus of Rs 2.4 lakh crore (2021-26). From the Consolidated Fund of India, Rs 1.5 lakh crore would be transferred. The remaining funds will come from actions like disinvestment in defence public sector businesses and the monetisation of defence lands.

The 15th Finance Commission has recommended a grant of Rs 4,800 crores for the states to enhance educational outcomes, Rs 6,143 crores for online learning and development of professional courses, and Rs 45,000 crores to get at performance-based initiative for all the carrying out agriculture.

Recommendations for the health sector

The 15th Finance Commission has recommended states increase their spending on health and make it more than 8% of their whole budget by the year 2022. The primary healthcare expenditure should be two-third of the total health expenditure by 2022, making it easy for the states to adapt and innovate the centrally-sponsored schemes. All Indian Medical and Health Services should be established. A total grant of Rs 1,06,606 crore which is 10.3% of the total grant will support the health sector.

The Commission recommended that the fiscal deficit should be brought down to 4% GDP by the Centre. It recommends the fiscal deficits for every year like 4% in 2021-22, 3.5% in 2022-23, 3% in 2023-24. If the state is unable to utilise the amount in 2021-25 then it can utilise that amount by 2026. During the first four years (2021-2025), states will be allowed to borrow an additional 0.5 per cent of GSDP if they implement power sector reforms that include (i) reducing operational losses, (ii) reducing revenue gaps, (iii) reducing cash subsidy payments by adopting direct benefit transfer, and (iv) reducing tariff subsidy as a percentage of revenue.

Taxation based on income and assets should be tightened. The coverage of measures relating to tax deduction and collection at source (TDS/TCS) should be increased to avoid excessive reliance on income tax on salaried incomes. State-level stamp duty and registration fees have a lot of untapped potentials. Property records should be computerised and connected with transaction registration, as well as the market value of properties. The property valuation process should be streamlined by state governments.

The inputs and outputs intermediating with the inverted duty structure should be resolved. Revenue neutrality which is compromised by the multiple rate structure and several towns and adjustment on the GST rate should be restored. Also, it should be rationalized by merging the rates of 12% and 18%. For expanding the GST scope, the states need to step up and look into it.

It absolves the Union administration of responsibility for its budgetary restraint and dilutes the Union’s and States’ shared accountability. The commission should have provided performance-based initiatives to the states to perform better in the population control reform. It should have also included the population census of 1971. Fiscal federalism will be affected and weakened if there are any restrictions imposed on states’ capacity to borrow and it will have a negative impact on state spending, particularly on development investment.

When we see any of the Financial Commission reports, there are some drawbacks in it. There are certain crucial points which we always have to see how it affects the country. There were many challenges faced in the recommendations made by the commission like global economic slowdown, lower tax revenues etc. The disturbance in the economy was created by the coronavirus pandemic due to which many new reforms were made by the Finance Commission in concern to the health sector. Many policies like GST, direct tax code, and improving expenditure outcomes will need to have a special focus from the government in the future from the Finance Commission. From the report, we can easily see that the health sector has to improve and this is why the commission has higher grants for it.

An overview of the Finance Commission of India

Development of India and the 15th Finance Commission