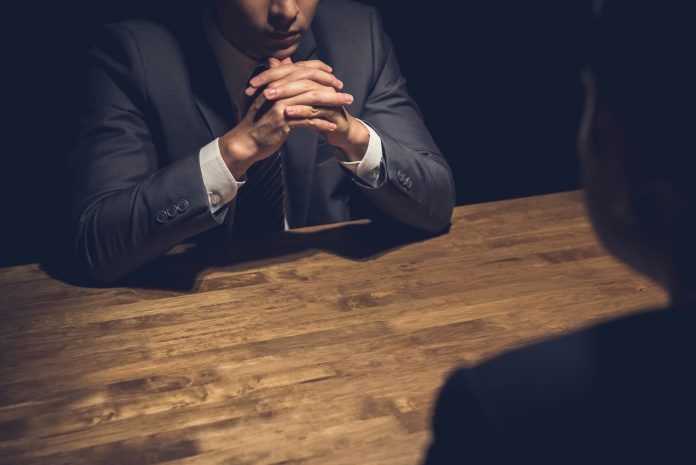 The very purpose of a court is to render justice. In criminal cases, rendering justice comes down to finding the truth. And the truth is what is sought in every trial. Now, finding the truth is a mammoth task, and it is taken care of by the administrators of justice- the police, the court, investigative agencies, etc. But the road to finding the truth and rendering justice is long. So, the entire process is divided into three major stages- pre-trial, trial, and post-trial stage. This article exclusively deals with the pre-trial stage of any criminal case, as provided under the Code of Criminal Procedure (CrPC).

The birth of a criminal case

Every criminal case originates from the commission of an offence, and the legal proceedings against it are kick-started when it is informed to the police, generally, by way of an informant. The informant may be:

The offence may be either cognizable or non-cognizable.

The steps involved in the pre-trial stage

STEP 1- Information to the Police

This recorded piece of information received first-hand from the informant is called the First Information Report (FIR).

The FIR is the first version of the incident as received by the police. It is vital for both the investigation and corroboration of evidence, but it is not substantive evidence in itself. The criminal law sets its motion upon the lodging of FIR.

What if the police refuse to record the information?

At times, the police may refuse to lodge an FIR. It may be either:

When the police refuse to enter into an investigation citing insufficient grounds, he gives a written report stating the reasons for his refusal; the informant gets a copy of the same.

On refusal to lodge FIR, the informant has two options to set the criminal law into motion:

Upon filing an FIR (in case of a cognizable offence) or receiving the Magistrate’s order (in case of an NC offence), the officer in charge of the police station starts the investigation. Under Section 2(h) CrPC, the police (not the Magistrate!), conduct the investigation to collect evidence. The police have unhampered power to investigate under Section 157 CrPC, any cognizable case, irrespective of any court’s order (Emperor v Nazir Ahmed).

The police can commence investigating a cognizable case right after the filing of an FIR. However, for an NC case, the Magistrate’s order under Section 202 (read with Section 190 and 200) CrPC is required to commence the investigation.

Report to the Magistrate

Upon receiving information on a cognizable offense, the officer in charge of the police station sends a preliminary report to the empowered Magistrate through a superior officer appointed by the State Government.

Proceed to the spot

The officer in charge of the police station proceeds to the spot of the offense when:

Proceeding to the spot is not mandatory if:

When the police officer suspects the acquaintance of any person (within certain limits) with the case at hand, he gives a written order under Section 160 CrPC for that person to appear before him; this is to facilitate the police to collect the required evidence. And the so-called witness is duty-bound to oblige the order.

The order is a part of the investigation and doesn’t amount to harassment of the witness or violation of Article 21 of the Constitution of India per se if reasonable grounds exist to believe that the witness knows something about the offense (Sube Singh v State of Haryana).

However, the following persons need not attend the police investigation at places other than their residence:

Usually, the police examine the witness orally and reduce the statements into writing. Every witness’ statement is recorded individually in first-person form. It can be audio-video recorded too.

The witness is legally bound to truly answer all the questions put forth to him during the examination, except the ones that may expose him to any criminal consequence.

Prohibition on signing the recorded statements

But it cannot be used for corroborating the evidence of a witness in the court (Sat Paul v Delhi Administration). Also, no police officer should directly or indirectly induce, threaten, or promise while investigating.

Recording of confessions and statements

While investigating an alleged commission or attempt of rape, the victim (if consents) goes through a medical examination by a registered medical practitioner employed in a government hospital within 24 hours from the information’s reception. The medical examination enables the police to get crucial information on the offense, including the offender’s identity. The medical practitioner prepares a report of the examination and forwards it to the investigating officer.

Search by the police

The officer in charge of a police station can search any place within the limits of his station to find something necessary for investigating if:

The officer records in writing such reasonable grounds before the search, a copy of which is sent to the nearest empowered Magistrate. The search must satisfy Section 100 CrPC, which mandates:

When the suspected place is outside the limits of the investigating officer’s police station, he asks the police officer of the station under whose limit the place falls to issue a search warrant.

Arrest of the accused

While investigating an NC case, if an arrest is felt necessary, the court issues an arrest warrant under Section 70 CrPC, directing any police officer to arrest the accused.

However, while investigating a cognizable case, the police officer arrests without an arrest warrant under Section 41 CrPC, any person against whom:

If an immediate arrest is not needed, the officer issues a notice to appear before him at a given time and place, to which the accused is legally bound to oblige. If he fails to oblige, then an arrest is expedient. Any accused arrested by the police with a warrant must be produced before the Magistrate within twenty-four hours of arrest.

Release of accused if evidence insufficient

Within the twenty-four hours of arrest, the accused is released on executing a bond with/without sureties under Section 169 CrPC that he will appear before the Magistrate whenever required, if:

The police record the release in a ‘Closure Report’.

Forward of accused to Magistrate if evidence sufficient

If the investigation is complete within 24 hours of the arrest and sufficient evidence exists against the accused, under Section 170 CrPC the police will:

What if the investigation is not complete in twenty-four hours?

The police cannot detain anyone who is arrested without a warrant for more than 24 hours (Section 57 CrPC); such detention exceeding 24 hours amounts to illegal arrest and violation of Article 22(2) of the Indian Constitution. But no investigation can be practically completed within 24 hours. Section 167 CrPC provides the solution to the dilemma as to what to do with the detained accused.

Under the above circumstances, the police forward the accused to the nearest Judicial Magistrate, along with a copy of the investigation diary maintained under Section 172 CrPC.

Such a Magistrate can extend the police custody for 15 days. After that, the accused is forwarded to the Magistrate having jurisdiction over the case, who can order any further detention (except police custody!) for the following period:

After the extended period, the accused is released on bail if he furnishes it.

STEP 3- Report of the investigation

Chargesheet is the Completion Report forwarded by the police to the Magistrate when sufficient evidence exists against the accused. This report is commonly called the ‘challan’.

Contents of the Completion Report

The informant is informed of the submission of the completion report to the Magistrate.

End of the Pre-Trial Stage

The Pre-Trial stage ends when the police submit the Completion Report to the Magistrate. Next, the Trial stage starts once the Magistrate takes cognizance of the case by issuing the process for proceedings under Section 204 CrPC.

The pre-trial stage of any criminal case primarily revolves around the police. The police investigation forms the basis of every criminal case; it establishes the initial direction of the case. The lives of the accused and victim lie essentially upon how the investigation drives the trial. Considering the weight of its consequence, it is imperative to conduct it with the utmost diligence and care. At the end of 2020, a whopping number of 2134975 cognizable cases were pending investigation, out of which 87599 were pending for more than three years! Time decreases the possibility of finding the truth, and so does ignorance. Wipe out ignorance; let justice prevail!