Abad Ponda, Senior Counsel, Mr. Abad Ponda is a renowned advocate and has been appointed as the Amicus Curiae by the Bombay High Court in Shakti mills rape case. He has appeared as a lawyer in many such famous cases.

Ruchika Motwani, Associate at Lawsikho, is an experienced Legal Associate who has worked with many renowned companies and firms in the past.

What is defection and who decides the legality of a defection case?

A case of defection arises when a candidate of one party (or, independent) elected by the citizens to be their representative decides to shift to another party after elections. People vote according to the goals/promise/ideals of the candidates to be their representative and trust them with the power of governing them. Hence, defection is a breach of faith that the people entrusted in these candidates.

What is the history of Anti-defection laws?

The concept of defection started when Gaya Lal (a then candidate of Indian National Congress), member of Vidhan Sabha of Haryana chose to change parties twice in a day and thrice in a fortnight. There were several attempts after this by candidates of different parties to change their political parties after elections. Prior to the enactment of the existing anti defection laws, there were two failed attempts of opining the regulation. The first was in 1973 by 32nd amendment to the constitution and the second was through the 48th amendment, both of which failed due to the elapse of time. Finally, in 1985 the Rajiv Gandhi government (through, 52nd amendment) framed the anti-defection law as part of the 10th schedule of the Constitution of India. Article 190 deals with anti-defection.

What does the Anti-defection law say?

The exceptions to this rule are mergers. In case of mergers, if two parties merge then it is out of anti-defection law. In a case, where people in a party decide to form a separate group and people in the party do not want to join the group, they are not charged under anti-defection law.

What is the role of the Speaker/the Chairman under Anti-defection law?

The Speaker/the Chairman (and their equivalents in State Legislatures) has the power to decide the legality of the act of defection. Para 6 of the 10th Schedule seeks to exempt The Speaker/the Chairman and all questions referred to him shall be treated as proceedings under Article 122/Article 212 (which prohibits courts from interfering in proceedings of the Parliament) of the Constitution which says their actions as far as procedural regularities are concerned are beyond the realm of the courts and they shall not interfere in such circumstances. Similarly, Para 7 of the 10th schedule entails that notwithstanding anything in the constitution no court shall not disqualify a Speaker in matters thereto, where the Speaker decides to disqualify a member.

The question of justiciability of the Speaker’s actions under the 10th Schedule came up for the first time in the famous Kihoto Hollohans case of 1992. In this case, the debate was over Article 122/212, Para 6 and 7, and the role of the courts. The judgement contained a dissenting opinion, in which the court noted that the Article 122/212 and Para 6 and 7 cannot prevent the superior courts from interfering if there’s a case where an illegal act is done by the Speaker. The court also said that the procedures under the act by the speaker are only dealing in nature. A dealing provision cannot transcend its own power which is limited. These proceedings by the Speaker are independently from the house and aren’t proceedings by the parliament or the house. Hence, they cannot be granted unlimited protection. The Speaker shall be treated as a tribunal while these proceedings and hence he is subjected to Articles 32, 132, 136, 226 and 227, if his/her actions entail perversity, violation of national justice, maladies and non-compliance of basic provisions of constitution take place.

What is Quia Timet Action? How is it related to Anti-defection laws?

Quia Timet means he who fears or apprehends. Quia Timet Action entails when there can be interference in case of non-compliance of provisions by the Speaker. The SC in Para 110 and 111 claimed that judicial review by the court is not available prior to the decision of the Speaker/Chairman and Quia Timet Action is not applicable. The only exception to this is when during the pendency of decision by the Speaker by an interim order, he disqualifies the concerned candidate, so that there is grave, irreversible, imminent and immediate danger (otherwise, the Speakers would have the chance to abuse their power by refraining from passing judgements for years).

In the 11th assembly elections in Manipur there was a split verdict, the Congress and BJP both bagged 28 and 21 seats respectively. An MLA referred to as Respondent 3 in the judgement contested from Congress and joined in as an MLA from BJP after elections. Numerous petitions were filed in HC but the HC dismissed the cases stating that the case is pending before SC that whether the court can direct the Speaker to decide the question within a short duration/limit his power. In 2018 January, the petitioner filed his petition again but the court found that this case would amount to defection and the person should be thrown out under the law. But the court also expressed its helplessness in the case. It said that it cannot issue a writ of Quo Warranto. The matter came up to the SC in 2020, where the ASG argued that the SC cannot direct the Speaker to do anything even if he has kept quiet for these many years. The SC went into Rajendra Singh Ranas case and quoted Para 40 and 41, where it had held that the non-application of mind by the Speaker to the case of disqualification amounted to exercise of jurisdiction illegally warranting interference. Also, with respect to Quia Timet action, Para 110 of Kihoto Hollhan’s case compares the position of the Speaker while deciding a disqualification case to that of a tribunal, hence the court can pass an order directing him to dispose off the petition within a reasonable period of time (which was fixed to be three months). But in that particular case, as the Speaker had already spent a lot of time, they gave him one-month time. One month elapsed and the Speaker made a miscellaneous application before the SC of India and asked for eight weeks’ time. Then the motion was withdrawn with the opinion of ASG and asked for 10 days’ time. When the matter came up on 18th March, the SC bench invoked powers under Article 142 of Constitution of India restricted the Speaker from entering the Legislative Assembly and opined that the Speaker shall cease to be a minister forthwith.

The minority judgement in Kihoto Hollhan’s case questioned the wisdom of Parliament to appoint the speaker as a deciding authority in the disqualification cases. They said, as the Speaker is the part of/affiliated to a particular political party (The Ruling Party), his opinion cannot be independent. Ultimately in the Manipur case, Justice Nariman commented that as the Speaker is de jure/de facto part of a political party the Parliament must consider amending the Constitution to substitute the Speaker as an arbitrator in the disqualification cases by some independent mechanism for the proper functioning of democracy. 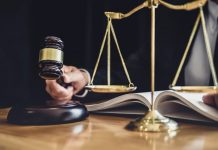 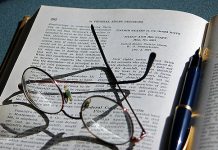 What is legal due diligence & how to conduct one : (Webinar brief)