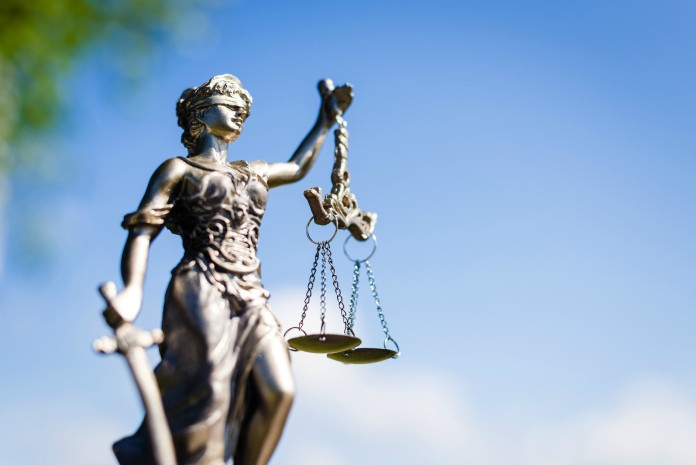 In this blog post, Nabarun Roy, Superintendent of Central Excise and Customs, Export Refund Section, Central Excise, Kolkata – I Commissionerate, Kolkata under the Dept. of Revenue, Ministry of Finance, Government of India, who is currently pursuing a Diploma in Entrepreneurship Administration and Business Laws from NUJS, Kolkata discusses the process of arbitration in environmental disputes.

Arbitration is a consensual, quasi-judicial method for settling struggle. It is a type of alternative dispute resolution (or ADR) often utilized after wilful arrangement and intercession has failed to determine the conflict. In arbitration, the parties to a conflict commonly concur upon a private judge or judges whom they engage to choose debated issues of law, actuality, or both. All parts of the ‘listening to’ method are liable to transaction by the parties. While arbitration can take place after a trial or prosecution proceeding, they contrast in a general sense in that the parties are the wellspring of the referee’s energy. In a trial or prosecution proceeding, a sovereign state’s constitution gives control (likewise called ward) to a legal body or branch, which thusly may urge unwilling parties to show up before it and take an interest in the trial.

The UN empowers consensual debate determination as the favoured means for settling every single global question. Be that as it may, the limit of the UN to propel states to respect the power of the UN or its legal bodies is still in advancement. At the season of composing, the considerable greater part of global natural question took care of through quasi-judicial procedures are for all down to earth purposes arbitrations, since they originate from a wilful or arranged understanding by a state to present the debate to a quasi-judicial discussion. That agreement may take the form of a permanent treaty or an ad hoc submission.  While the part of the UN is changing, there is so far no overall sovereign government with lawful power and energy to force an unwilling state, to missing a deliberately arranged bargain, or to present a natural debate that crosses national limits to the ward of any one gathering. The state must agree to the gathering’s purview through bargain or specially appointed consent to referee. For this reason, arbitration is and will keep on being the overwhelming quasi-judicial type of debate determination for worldwide ecological question.

Mediation can take a wide assortment of structures. It might be arbitration of rights or interests. Rights mediation happens when the judge chooses parties’ commitments under a current agreement, bargain, law, or other standard. It is reviewed, and by and large, figures out which gathering was correct or wrong on a given standard of direct as for sure past conduct. Illustrations incorporate grievance mediation under an aggregate haggling understanding, or business arbitration concerning rights under an agreement for merchandise or administrations. Intrigue arbitration happens when the authority helps the parties in building up an understanding, arrangement, or standard for their future dealings. It is imminent, and builds up the rights and commitments of the parties as for future conduct. Illustrations incorporate open segment work arbitrations to determine a question in regards to wages and terms and states of work in a successor aggregate dealing agreement. Arbitration may likewise be last and official, or non-authoritative and counselling. At the national level, restricting arbitration is normally enforceable through the legal framework.

Arbitration systems shift broadly as an element of the arranged understanding of the parties, which is frequently called the “trade off” in universal arbitration. The parties may arrange an accommodation characterizing the extent of debated issues submitted for choice, and the forces and constraints of the tribunal. They may concur on the number and nature of the judges. For instance, they may utilize a solitary nonpartisan mediator, or a board of numerous unbiased judges. They may pick rather a board including both unbiased judge or gathering mediators who keep on advocating for one gathering amid the thoughts phase of the hearing. They may pick the English customary law convention, which utilizes an antagonistic proceeding, or the European code custom, which utilizes an inquisitorial proceeding. In an ill-disposed proceeding, parties enlist direction to present confirmation in support of their perspective of the case. The judge is a latent beneficiary of confirmation, and direction is divided. In an inquisitorial proceeding, the mediator plays a dynamic part in gathering the proof, and any insight owes their essential commitment to the authority. Guide, in principle act in support of the referee, not the parties. The parties may concede to specific means and timetables for trading important confirmation (likewise called disclosure), the nature of permissible proof (declaration, sworn statement, tape, phone, individual investigation, and so on.), the accessibility of encounter and round of questioning of witnesses, the utilization of specialists, the timetable for the procedures and honor, the type of the honor (basic or contemplated), installment for the costs of the mediators and expenses of the procedure, and the honor’s enforceability. They may likewise concur upon the settlement, law, or substantive standard for the referee’s choice on the question.

The twentieth century has seen the rise of endeavors to manufacture a universal agreement on environment policy. Through a progression of universal parties, states have arranged an assortment of traditions, conventions, arbitrations, agreements and different writings giving substantive direction on the commitments of states to ensure the world’s surroundings. These writings frequently give requirement systems requiring the utilization of debate determination forms, by and large moving from consensual arrangement, to intercession with the help of an outsider nonpartisan, to a quasi-judicial official or admonitory arbitration prepare before a named discussion or before different judges to be assigned by the disputants. This area inspects power to referee under chosen major significant writings.

The UN does not have the force of obligatory ward over part states concerning natural debate. All purview are a result of agreement and respective or multilateral settlements between and among states. Various understandings exist, and the global group keeps on arranging more. This implies there is no legitimate, or by law, normal worldwide law of the environment that represents each country on the planet. Be that as it may, the variety of agreements and roads for change are step by step making an accepted universal standard law. Therefore, arbitration case point of reference from one gathering may give powerful power to referees in another discussion or translating another bargain with comparable dialect.

United Nations Convention on the Law of the Seas [UNCLOS] (1984) UNCLOS builds up exhaustive, substantive global commitments to shield the hydrosphere from ecological harm. It joins parts of various earlier accords concerning the law of the ocean. Part XV on Settlement of Disputes makes a commitment to settle debate concerning the elucidation or use of the Convention by tranquil means according to the UN Charter (Art. 279), gives the parties energy to concur commonly to any tranquil technique for settling the debate (Art. 280), and gives that any understanding or settlement to present the question to a procedure that involves a coupling choice might supersede the general obligatory systems of UNCLOS (Art. 282, 286). Something else, when marking, sanctioning or agreeing to UNCLOS, a state must proclaim in composing which methodology it will use to settle debate.

The Montreal Protocol supplements the Vienna Convention for the Protection of the Ozone Layer (1985) to build up substantive global commitments to shield the air from natural harm owing to controlled substances that drain the ozone layer. It accommodates arbitration of question in a way like UNCLOS, however does not accommodate obligatory locale. Under the Vienna Convention (Art. 11), parties with a question concerning the translation or utilization of the Convention should first turn to arrangement and intercession. Parties may announce in composing that uncertain debate will be liable to the obligatory locale of mediation or the ICJ. Be that as it may, on the off chance that they don’t acknowledge obligatory ward, then the question will go to an appeasement commission, a type of counselling arbitration. The commission is contained an equivalent number of gathering individuals and a together picked unbiased seat. Together they should render a last recommendatory grant for the parties to consider in compliance with common decency.

The Rio Declaration reaffirms the Declaration of the United Nations Conference on the Human Environment (Stockholm 1972) and embraces the strategy of reasonable advancement, which makes ecological insurance a basic part of the improvement procedure all together impartially to meet the formative and natural needs of present and future eras. In Article 26, it gives that states should resolve all their ecological debate gently and by fitting means as per the UN Charter.

The Convention on Biological Diversity builds up worldwide commitments to shield the biosphere from ecological harm as loss of natural assorted qualities, characterized as reduced changeability among living life forms from all sources including earthbound, marine and other oceanic environments, and incorporates differing qualities inside species, amongst species and of environments. Art. 27 accommodate settlement of debate first by transaction and intervention, and if those fall flat, allows yet does not require a state to announce a necessary means from either discretion or the ICJ. On the off chance that the state has not announced a necessary strategy, Annex II accommodates placation. Annex II portrays an arbitration strategy that gives a tripartite agreement, in which the two expresses each select a gathering authority, who thusly selects the nonpartisan president of the board. The president may not be a national, inhabitant, or representative of either state. The board has locale to decide the extent of assertion where the gatherings are in disagreement about the topic, and to decide its system without an understanding between the gatherings. Annex II gives a commitment to uncover data to the mediators, and renders the procedure classified. The arbitration honor is last and restricting unless the gatherings have concurred ahead of time to an investigative technique. In the event that a state has not announced an obligatory technique for question settlement, the pacification arrangements of Annex II accommodate non-restricting consultative discretion.