This article is written by Shubhangi Sharma, a 5th-year student of BA LLB in Lloyd Law College, Greater Noida. The article discusses about assault as tort and its remedies.

What is a Tort?

The word tort has been derived from the word “tortum” is a Latin term which means twist. The law of tort consists of wrongful acts whereby the wrongdoers violates some legal rights vested in another person. The law imposes a duty to respect the legal rights vested in the members of society and the person making breach of that duty is said to have done the wrongful act. Violations may be due to intentional acts, breach of duty or violation of law.

The party who has committed a tort is known as tortfeasor. When a tortfeasor incur tort liability, which means that they have to compensate the victim for the harm which has caused by them. In other words, the tortfeasor will have to pay damages if he is found “liable” or found responsible for a person’s injuries.

The law of Tort in India has evolved from the Law of torts in the UK which is most popularly known as “Judge Made Law” and the law of tort does not come from a statute and is uncodified. Despite this, it has existed for many years, although the number of cases of tort have declined. The number of cases of tort or tort litigation is less as compared to the cases of tort filed in Britain and the United States. The Indian law of tort got its shape after the principle of law of tort developed in the UK. Most of the landmark judgements of tort in India is based on the judgements of House of Lords/ courts in England. In India, the tort cases are tried in civil courts and the relief awarded includes damages by way of monetary compensation or an order of injunction or restitution. The law of Tort serves two basic, common objectives:

Some common examples of torts include:

In common law, assault is a tort, an act of the defendant which causes to the plaintiff reasonable apprehension of the infliction of a battery on him by the defendant. When the defendant creates his act by an apprehension in the mind of the plaintiff that he is going to commit battery against the plaintiff, the wrong of assault is completed. The wrong consists of an attempt to do harm rather than the harm being caused thereby. In assault charges must include conduct that is offensive which is offensive or causes another person to the fear of their safety. This clearly means that one can be guilty of assault even if he/she did not physically harm the victim. In the case of R. v. S. George, the pointing of loaded gun to another is an assault. If the pistol is not loaded, then even it may be an assault, if pointed at such a distance that it may cause injury. if a person advances the manner of threatening to use force , then there is assault. This was decided in the case of Stephens v. Myers.

If one or more elements have not been satisfied then It can be a defense to an assault charge. Elements of the crime of assault are:

An act or conduct intended to created: To prove a criminal attack, the defendants’ behaviour must be motivated to create a situation of fear or danger in the victim’s mind. Accident acts do not include allegations of assault.

Of imminent harm: The victim’s fear must be a direct response to a threat that is imminent. Future threats, such as “I will beat you tommorrow”, will not result in assault charges. In addition, there must be some kind of perceived physical threat to the victim in the loss; For this reason, words by themselves generally do not constitute an attack.

It is believed that the defendant’s actions would cause physical danger or abusive behaviour to the victim. Thus, the pretence of kicking or punching the victim may be an attack, as will attempt to spit on the victim (aggressive behaviour).

All of the above elements must be present and the evidence must be supported with evidence if found guilty for the attack.

It can be difficult to prove whether the defendant actually intended the attack. Similarly, judges often spend a lot of time determining whether a defendant’s actions are considered harmful or abusive. In determining this, they will consider what an average person may perceive as harmful or aggressive.

Difference between Assault and Battery

Difference between Criminal and Civil Assault

Legal defenses on charges of Assault

As with other types of criminal charges, there may be some defenses to assault charges. This will depend on each individual case, as well as other factors such as state law. Faults commonly charged with assault charges include:

Many other types of avoidance may exist depending on the circumstances.

Fagan v Commissioner of Police for the Metropolis

Fagan was sitting in his car when he was approached by a police officer who asked him to take the vehicle. Fagan did so, overturned his car and rolled over a police officer’s leg. The officer forcefully asked him to remove the car from his leg, to which Fagan swore him and refused to take the vehicle and shut down the engine. Fagan was convicted of assaulting a police officer in the execution of his duty. Fagan later appealed the decision. The court held that, Although assault is an independent crime and is to be treated as such, for practical purposes today, assault is generally synonymous with battery. On this basis, it was held that Fagan’s crime was not the refusal to move the car but that having driven on to the foot of the officer and decided not to cease the act, he had established a continual act of battery. This meant that actus Reus and mens rea were present and as such, an assault was committed. Fagan’s conviction was upheld.

It is just possible that the person wrongfully detained may have been set free by the time the writ of habeas corpus is disposed off. The court hearing the petition may grant compensation as ancillary relief in such cases . in the case of Rudal Shah v. State of Bihar and Bhim Singh v State of J&K, the Supreme Court granted such compensation in writs of habeas corpus.

Assault is an attempted offense, the law is intended to prevent possible battery by punishing conduct that comes in a dangerous way to obtain battery. As with most attempted crimes, a clear line cannot be drawn between a criminal attack and conduct that is merely an attack preparation. There should be an intention to cause harm, but it is not enough if it creates the possibility of damage or the danger of battery in a distorted future. Instead, the intent must be taken out of imminent danger, some overt act that endangers the battery. Thus, words or intentions do not constitute mere attack. 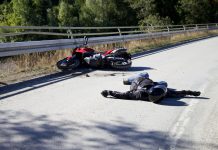 Contributory negligence where a person does not wear safety gear 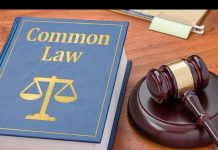